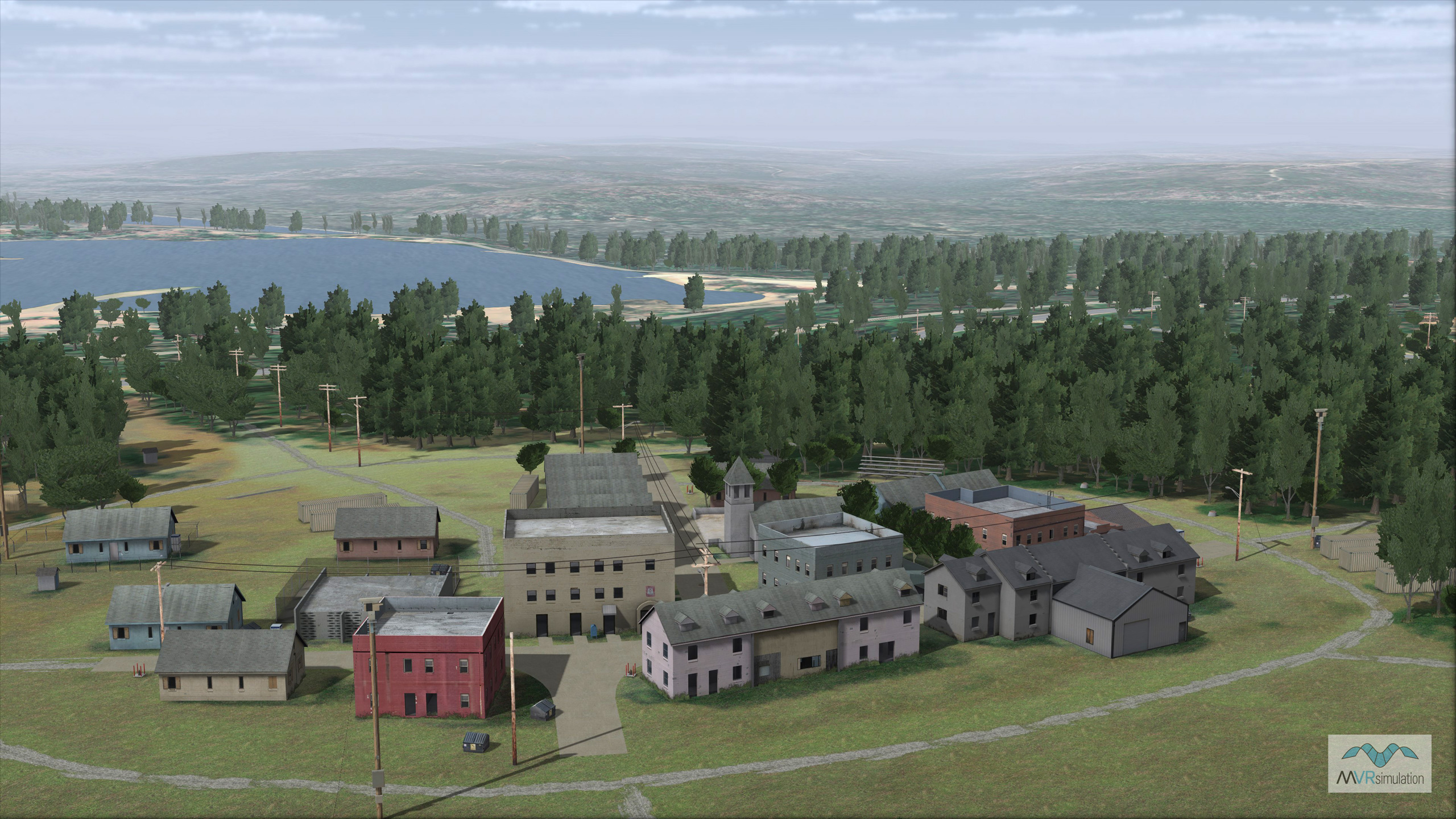 MVRsimulation VRSG aerial view of the environs around the virtual McKenna MOUT site at Fort Benning. 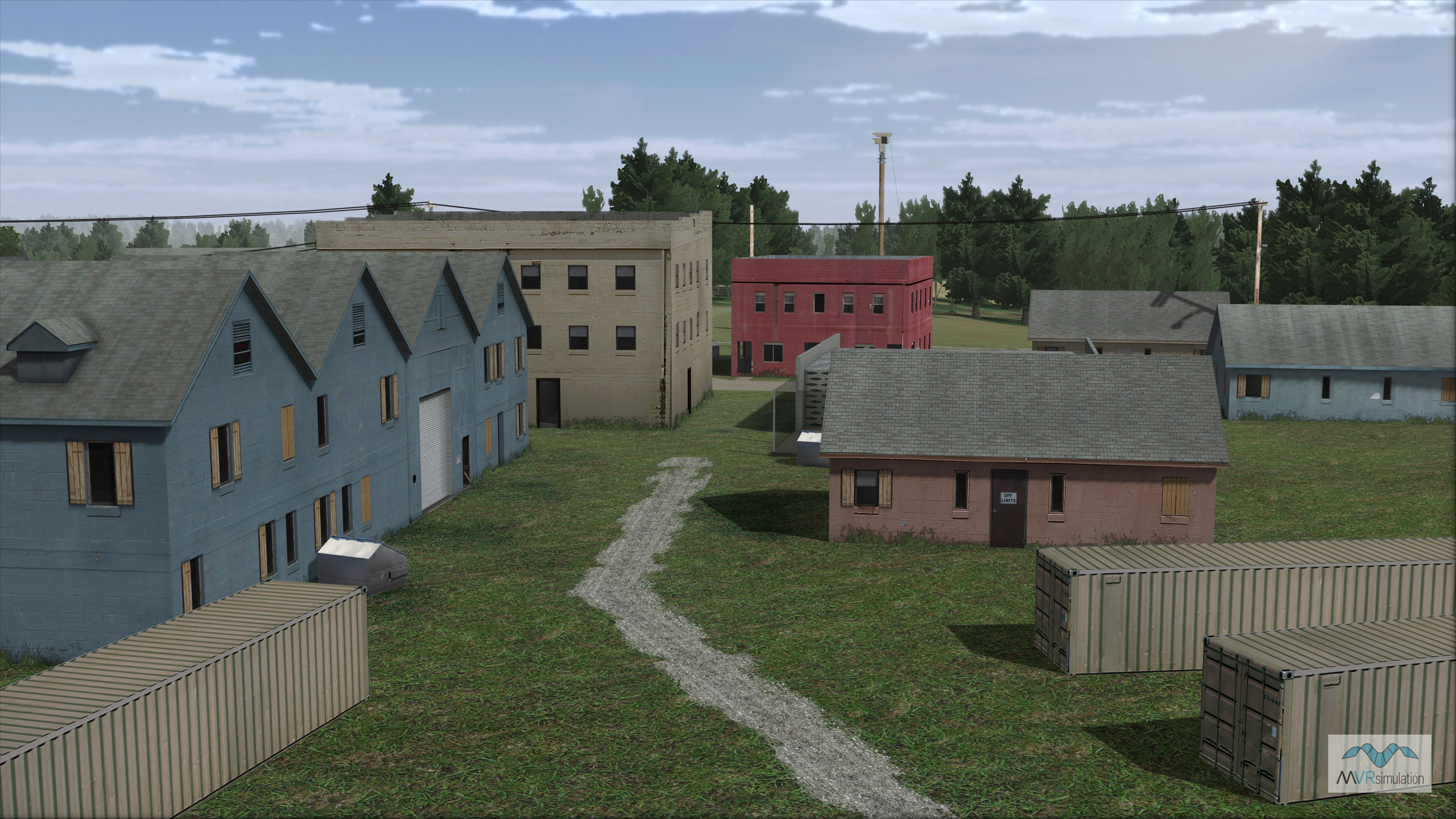 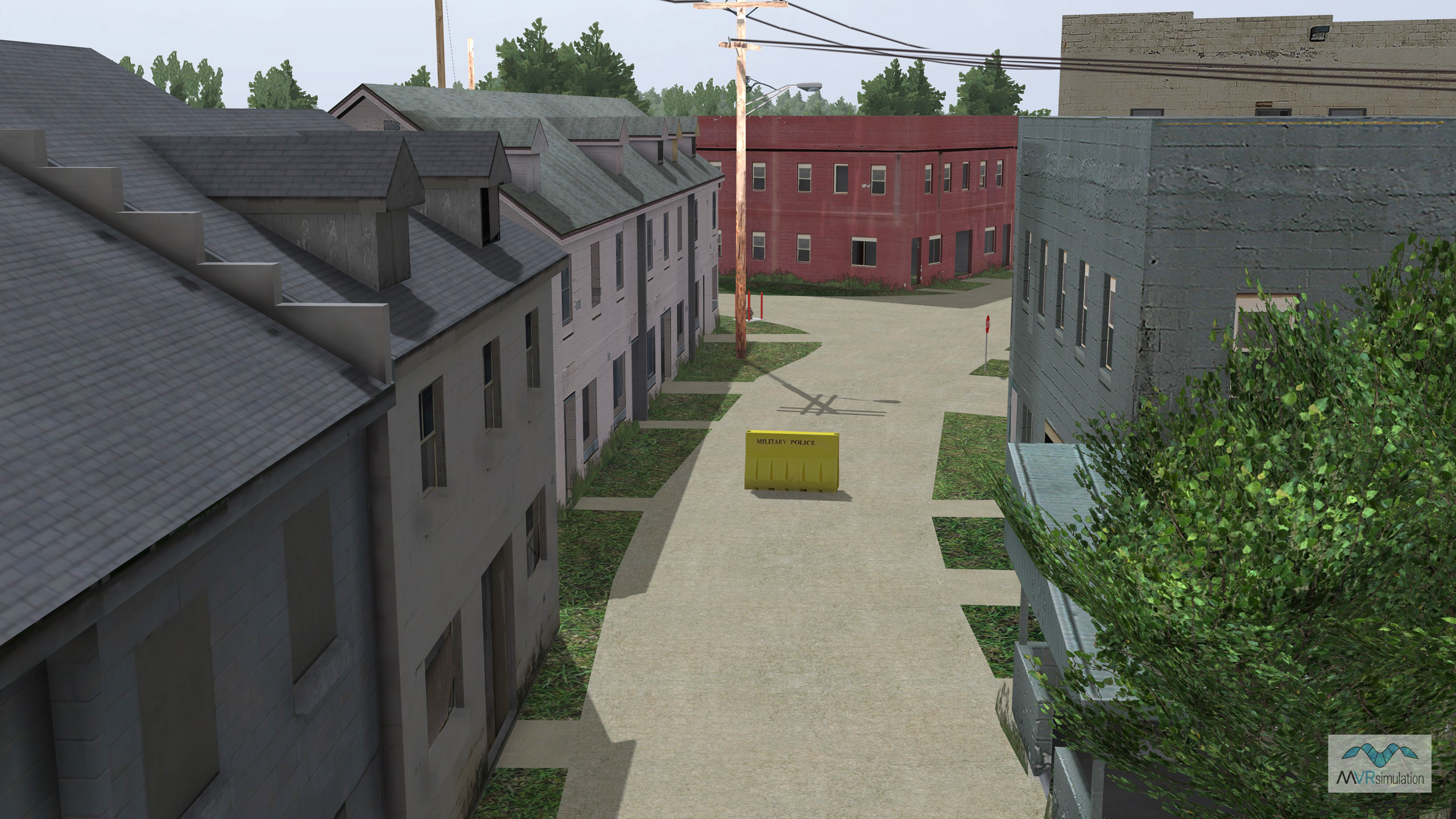 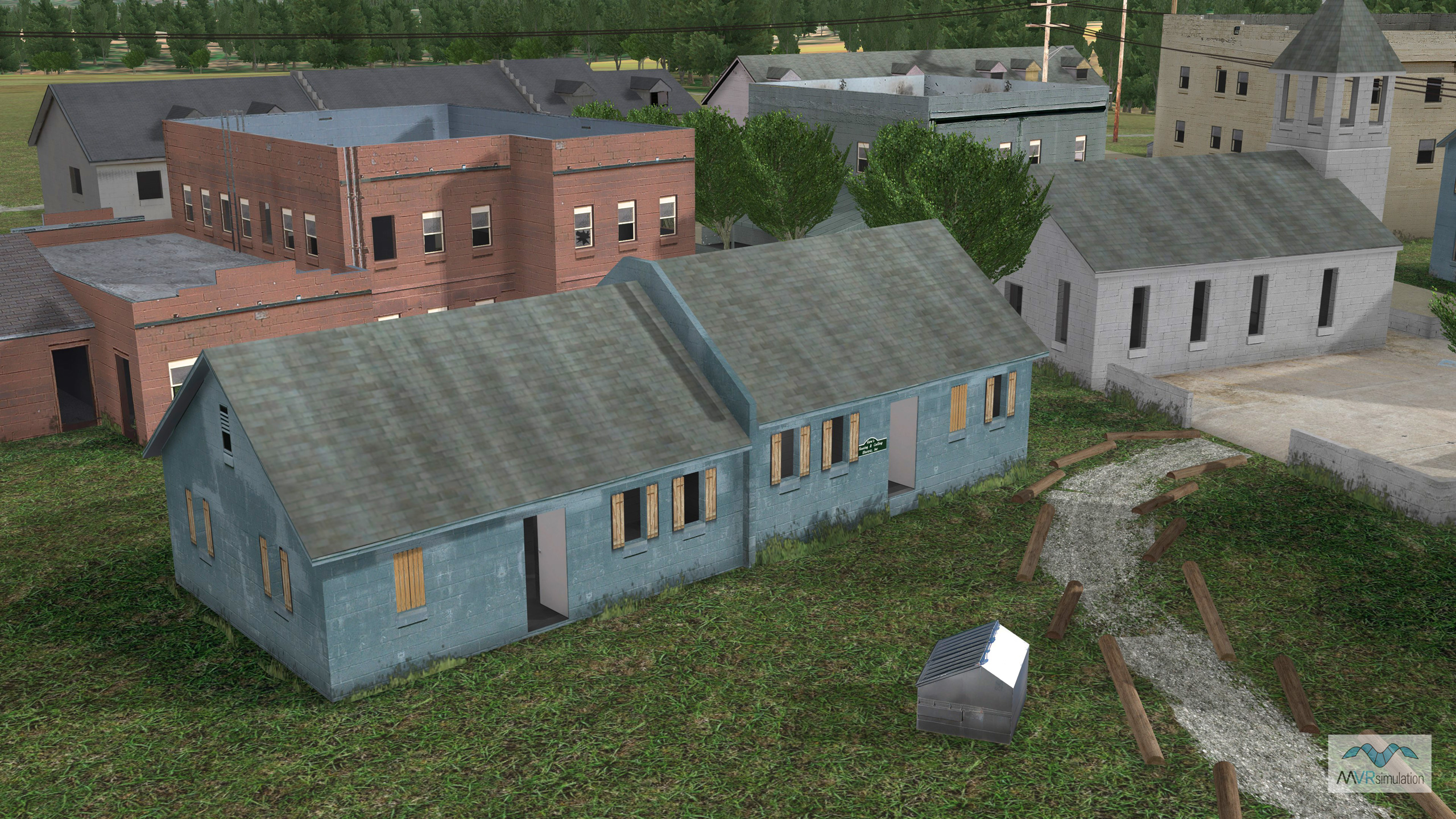 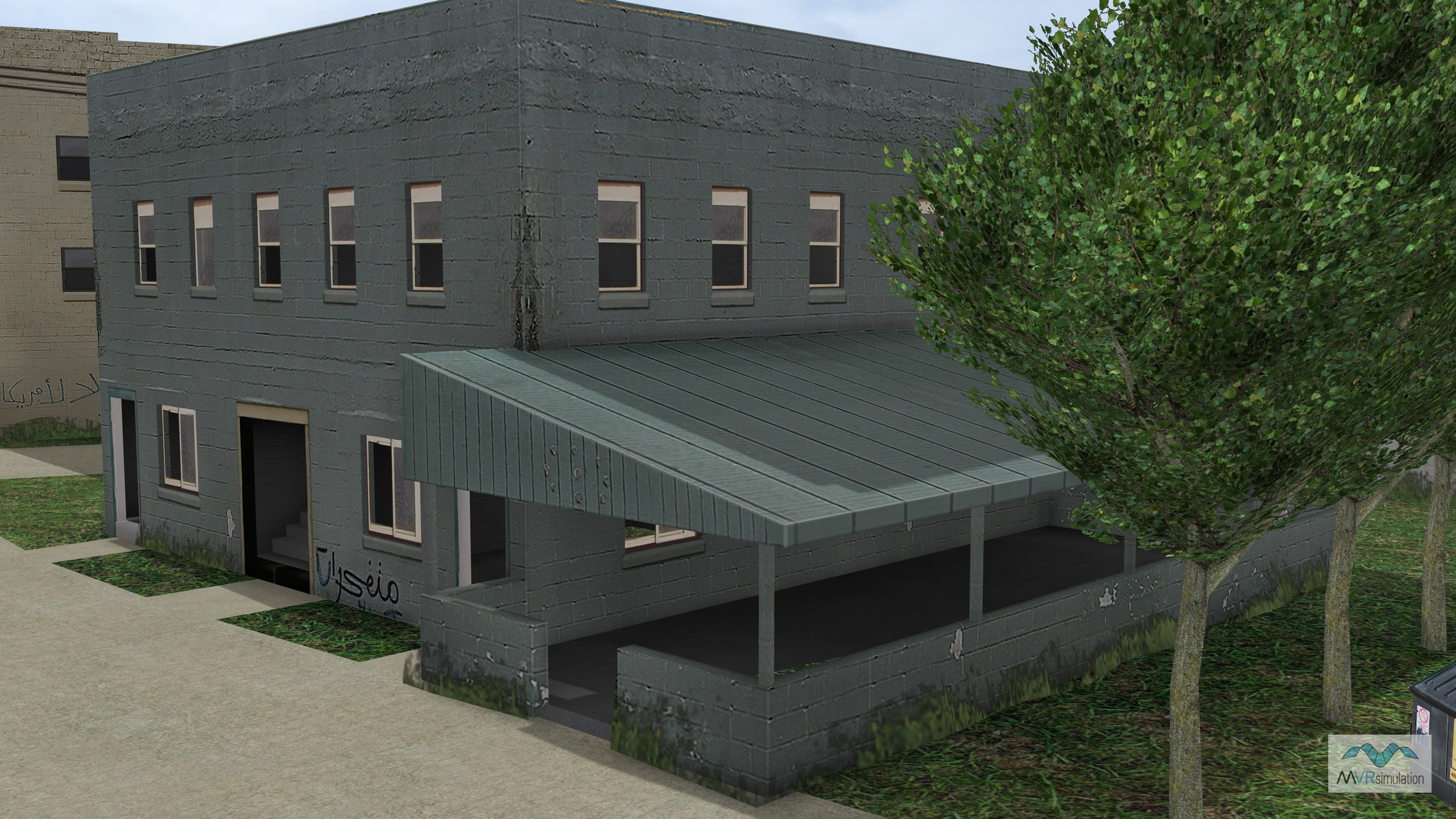 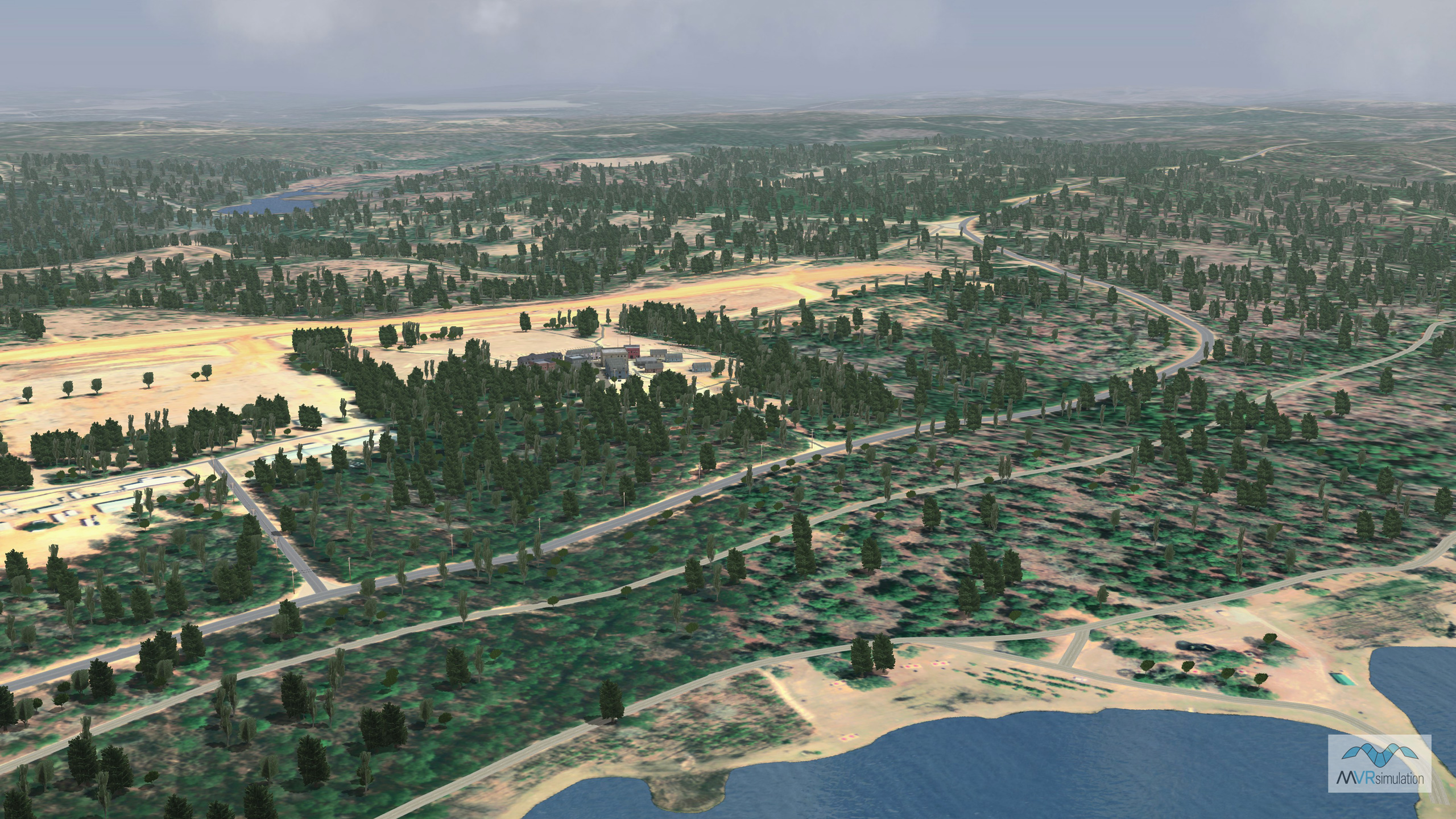 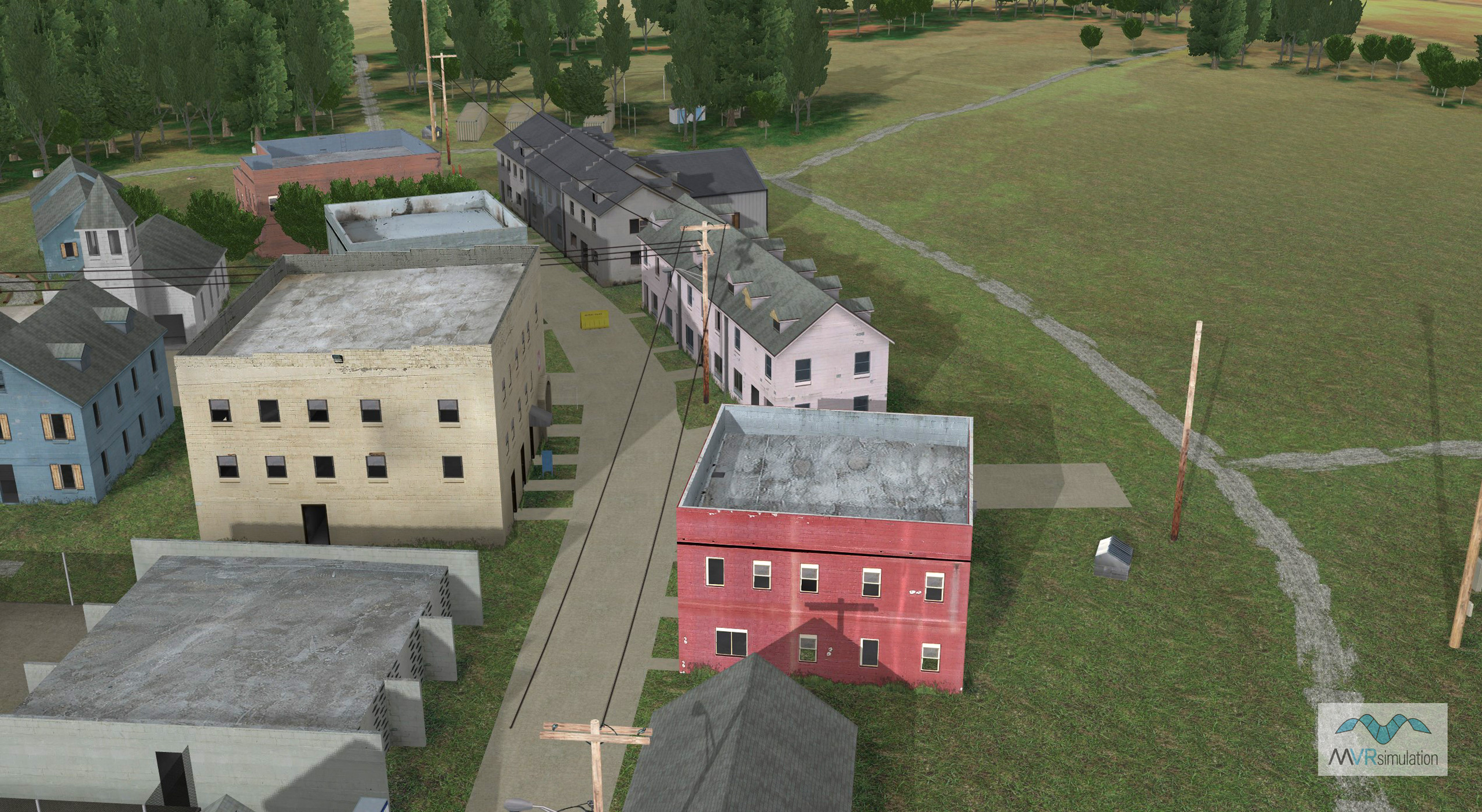 One of several urban warfare terrain databases MVRsimulation has built is the geospecific high-resolution virtual McKenna MOUT site. This virtual site was modeled after the actual McKenna MOUT site located at Fort Benning, GA, for use with Virtual Reality Scene Generator (VRSG).

The McKenna urban operations training center at Fort Benning uses MVRsimulation's 3D virtual replica of their facility for live training of soldiers. The McKenna MOUT site features an urban village that was built by Army engineers, which belongs to Fort Benning’s Soldier Battlelab. This site is primarily used for live, virtual and constructive experimentation on soldier systems, weapons, and equipment.

The visual realism of MVRsimulation's 3D virtual replica of the urban warfare training area was enhanced by using GIS survey data for feature placement and digital photographs of the site to aid in geolocating geotypical vegetation.

As part of the visual fidelity enhancements to the database, the locations of buildings and roads within the virtual McKenna MOUT site area have been refined using survey data taken at the site. Survey points were brought into the VRSG environment via a cultural feature data file and were used as guides to adjust placement of cultural elements. The resulting terrain database represents the true real-world coordinates of these elements to within a 0.1 meter tolerance. This degree of correlation is vital for enabling visualization of real-time feeds of positional data by instrumented soldiers carrying out exercises in the urban warfare training site.

About the virtual McKenna MOUT site

Geospecific aerial photography imagery was used to replace the geotypical textures used on the original McKenna terrain. A key component of realistic urban warfare infantry training is traversing the avenues of approach to the town. The terrain includes 9,738 segment road and track network The geographic extents of the MVRsimulation database and the extensive tree lines around the McKenna site provide an environment for training soldiers how to approach urban centers undetected.

The buildings and trees were geo-located on the terrain to match the imagery. Buildings were placed visually by displaying survey data from the McKenna site as survey sphere objects in the database. The survey data taken from the site and provided by Fort Benning was put into cultural feature files with survey points mapped to survey sphere models.

Actual and simulated views of the McKenna MOUT site

In the following set of images, you can compare photographs of the actual McKenna site on the left with VRSG simulated view on the right. The models of buildings and other structures are photorealistic; the models were textured from a set of photographs of the McKenna training area.

Photos of the McKenna MOUT site

MVRsimulation’s virtual McKenna MOUT site at Fort Benning is available as part of the Southeast US region of CONUS++ 3D terrain, available to  customers who are on active VRSG software maintenance and are US Government agencies or contractors (for official use only). For US-domestic use only, not available for export. The terrain is provided in MVRsimulation's round-earth terrain format and will only run with a valid VRSG software license with valid software maintenance.