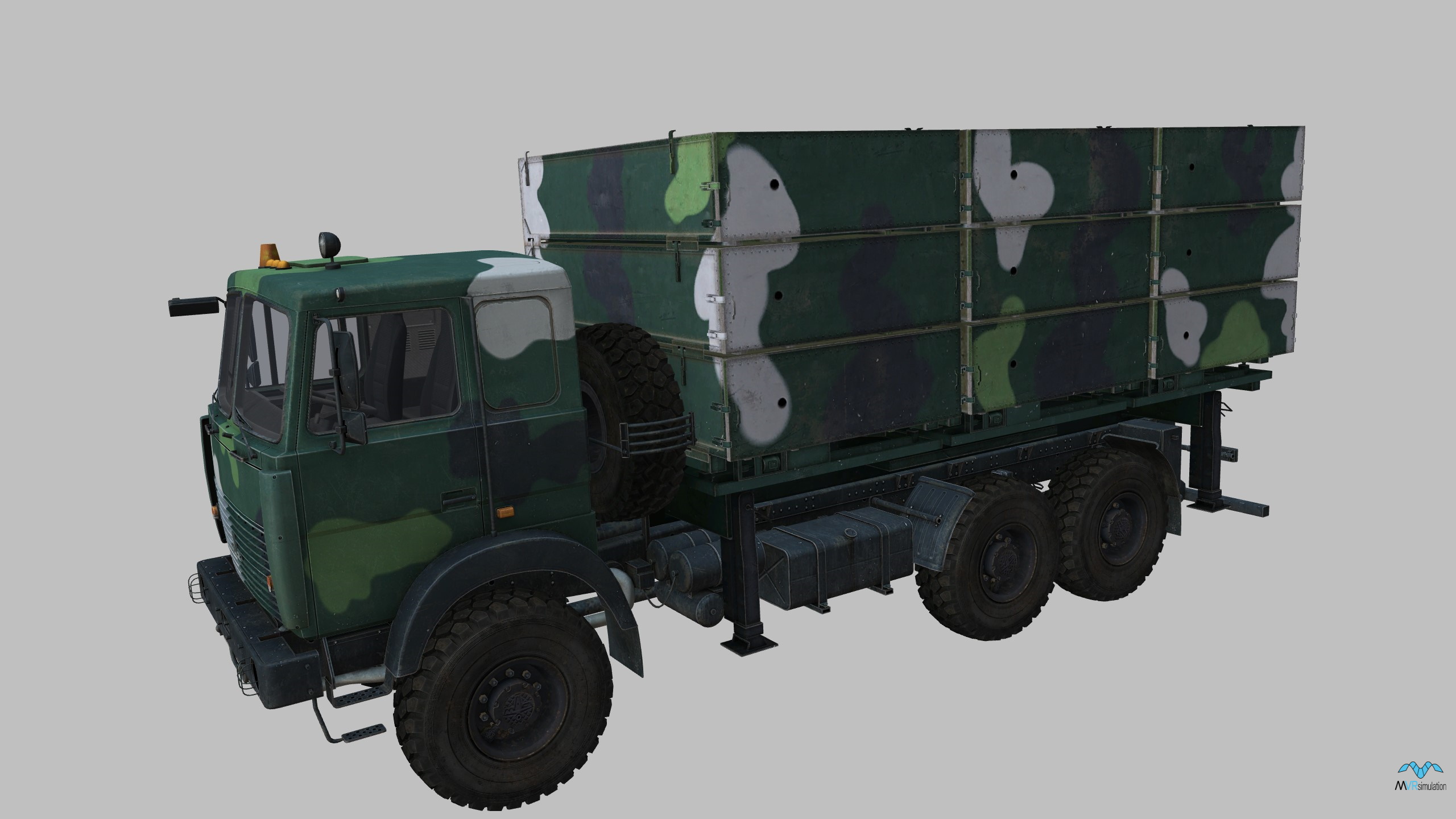 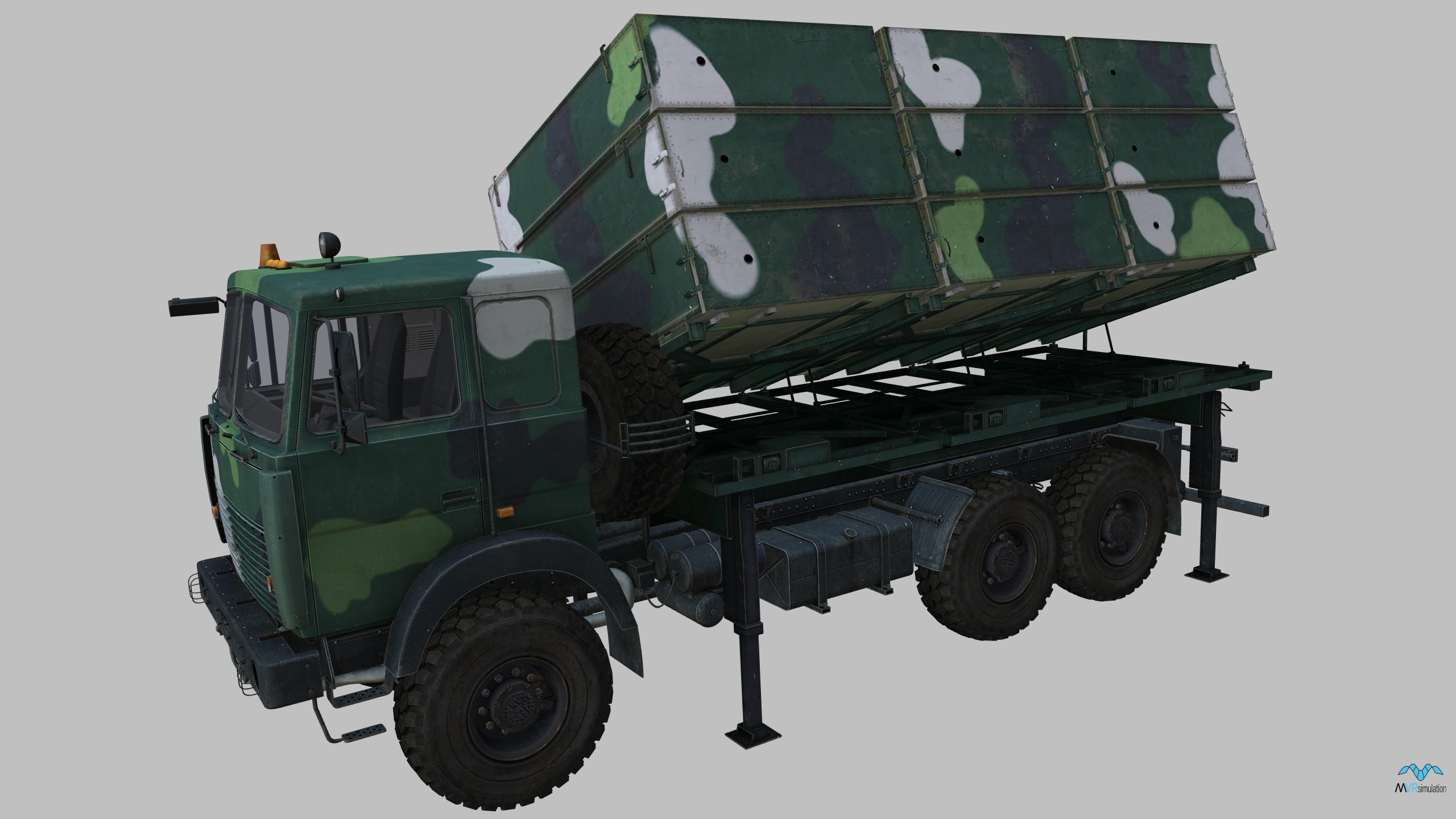 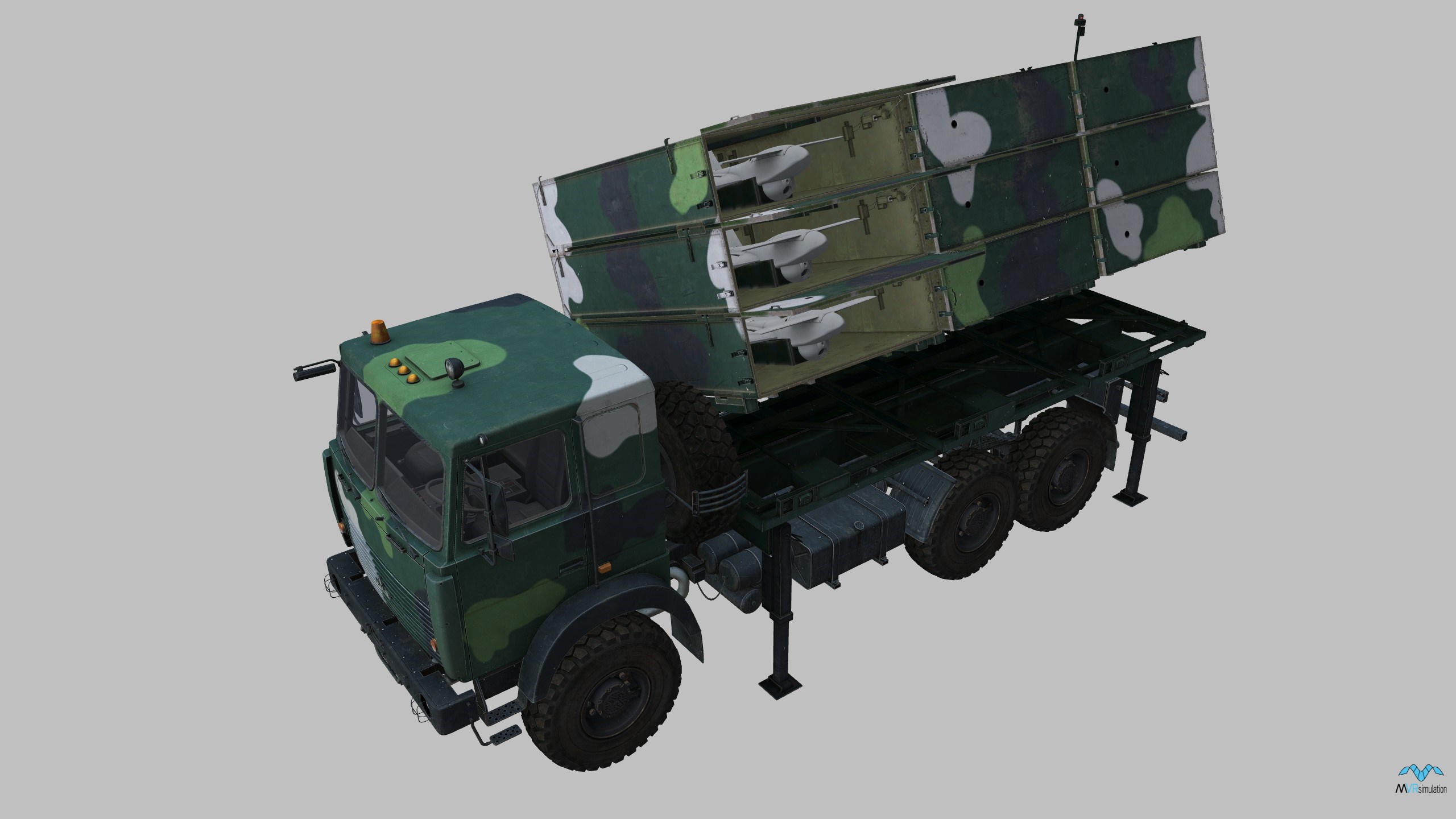 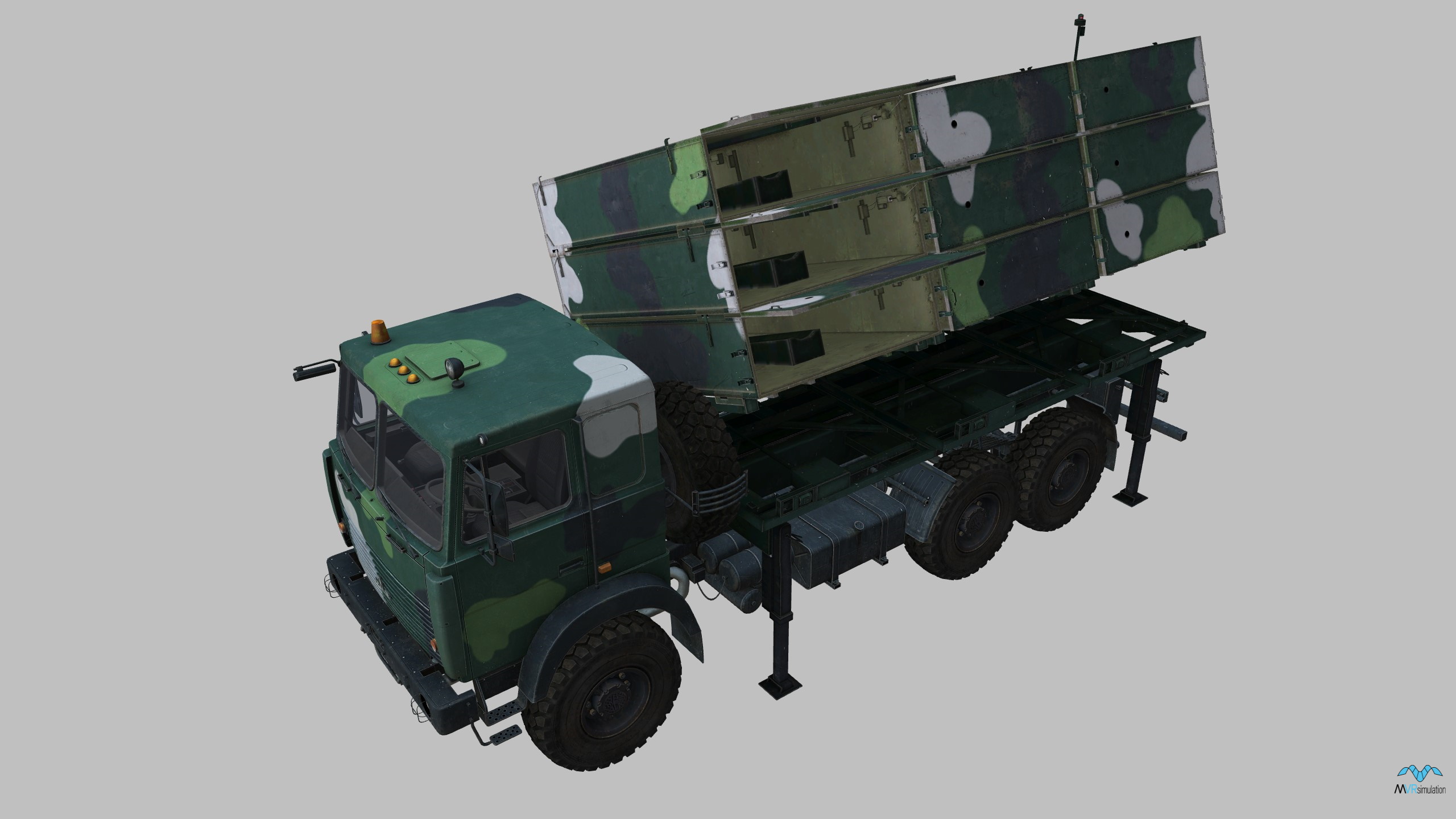 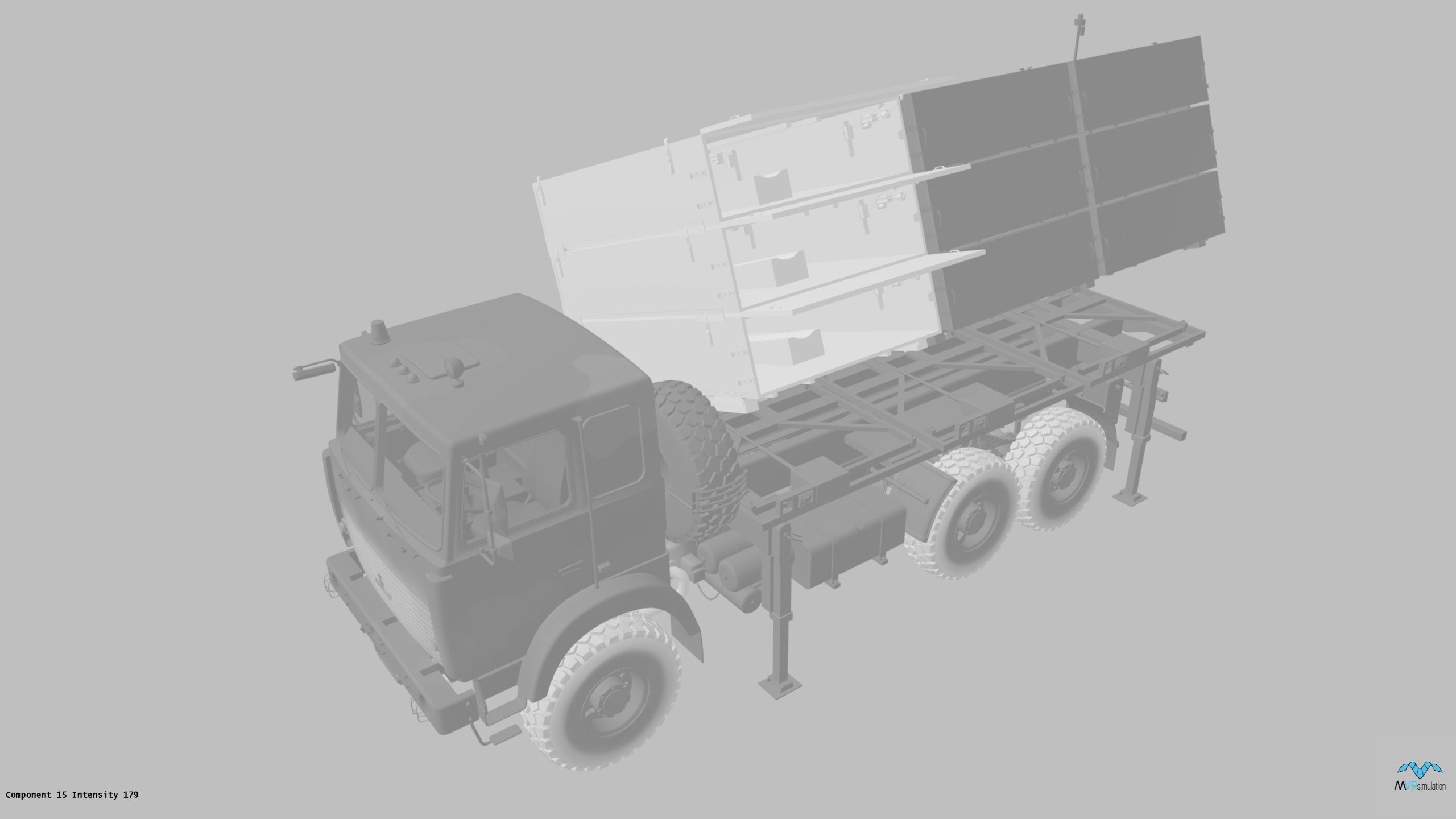 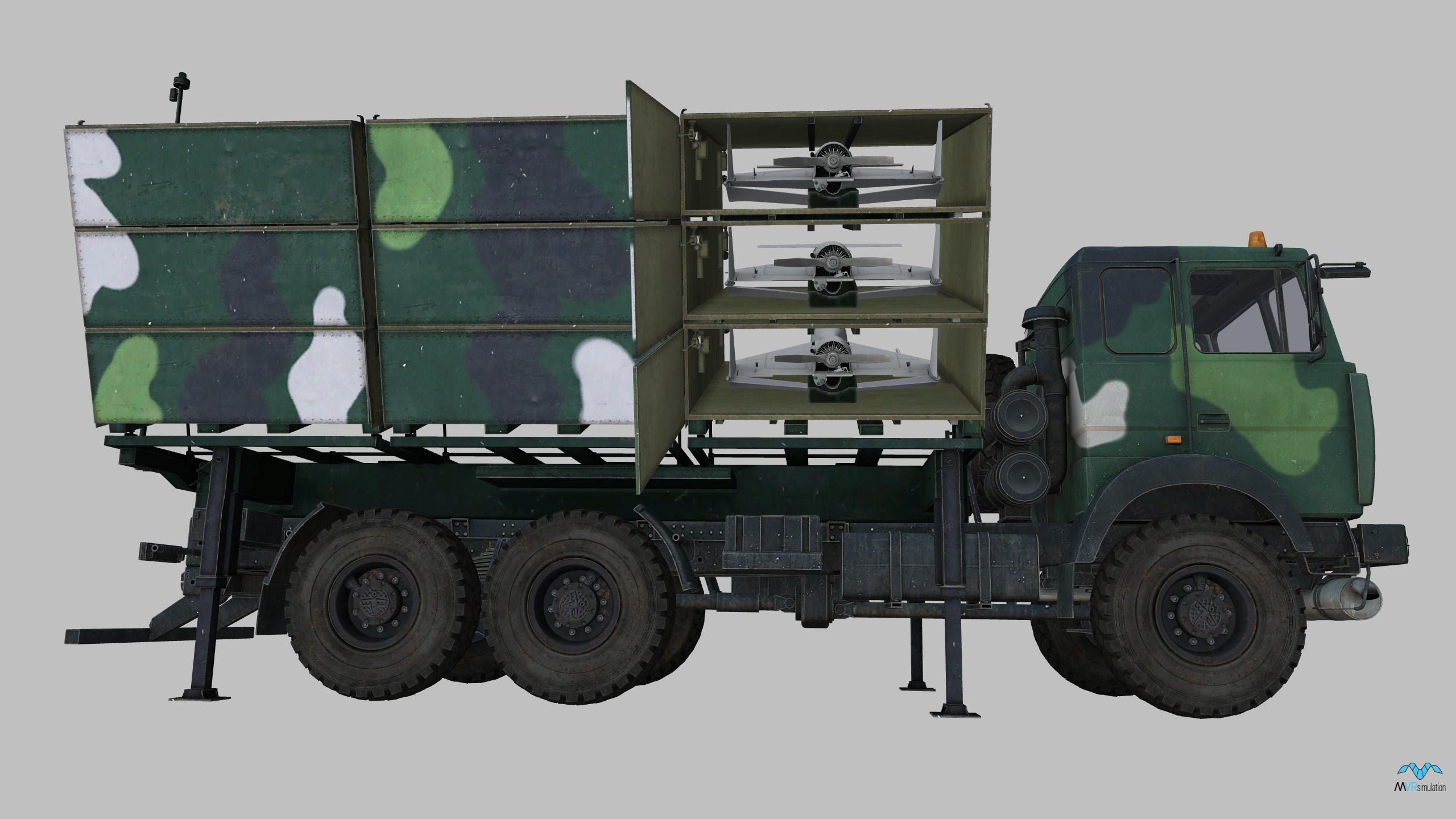 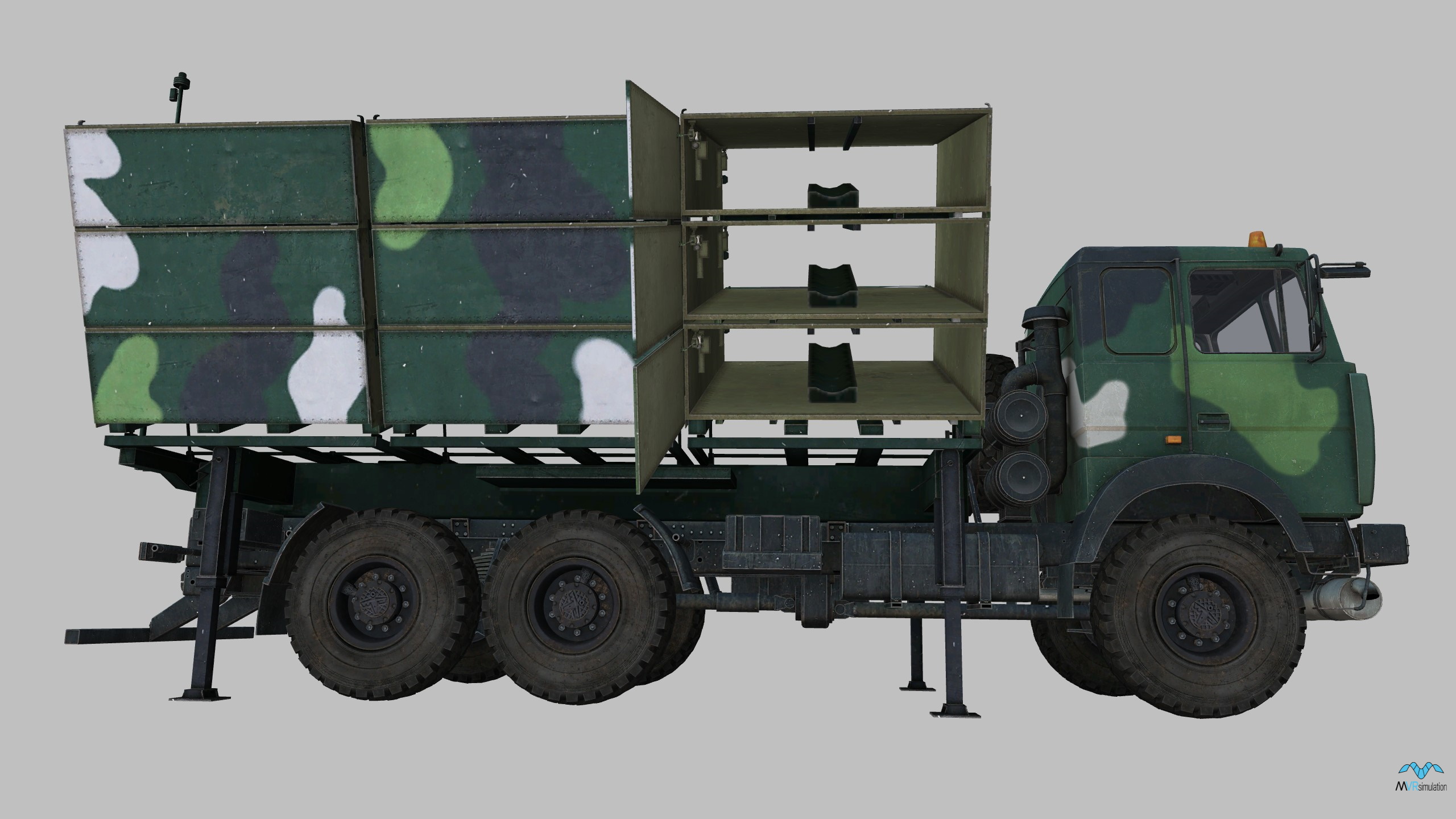 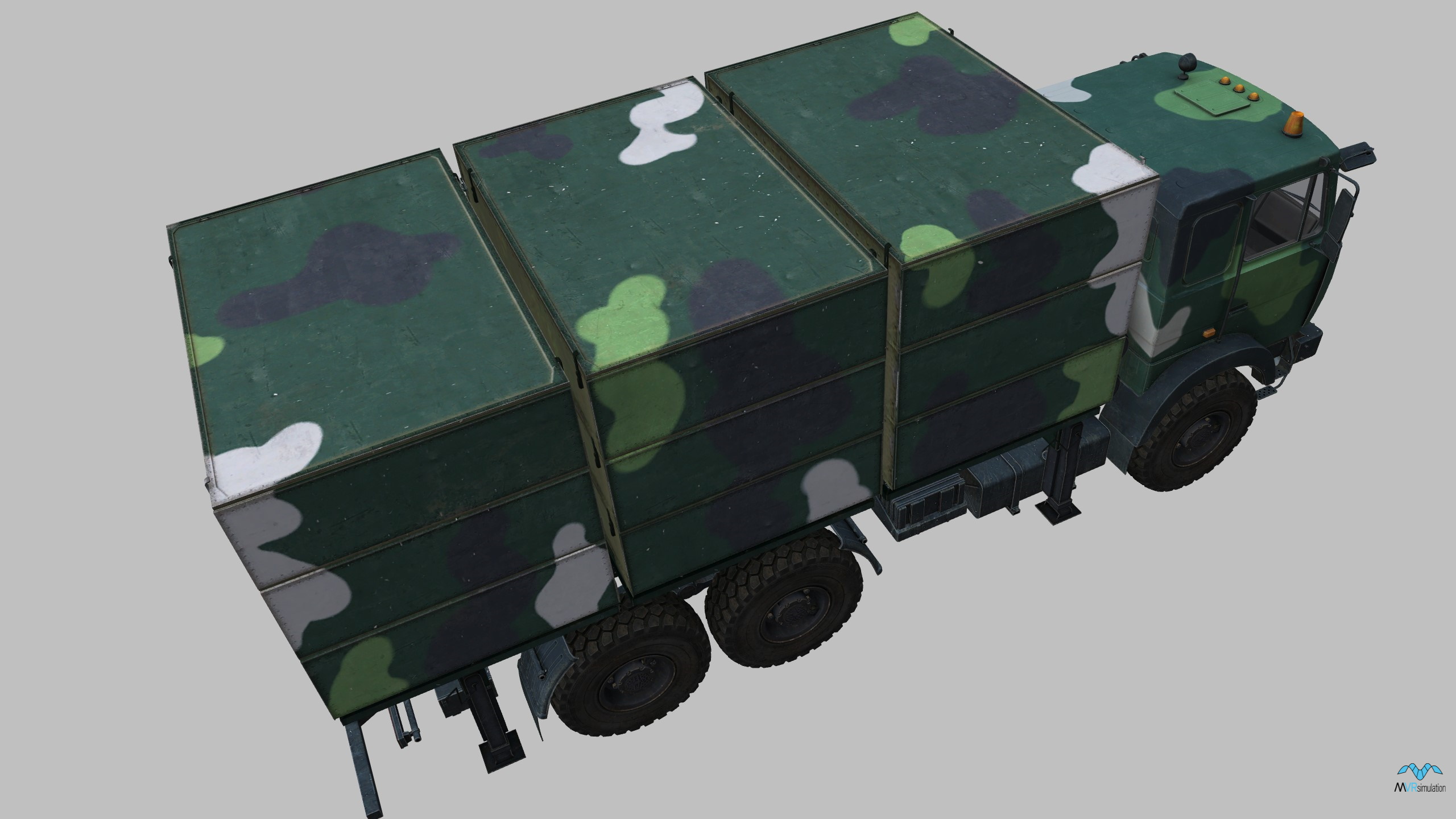 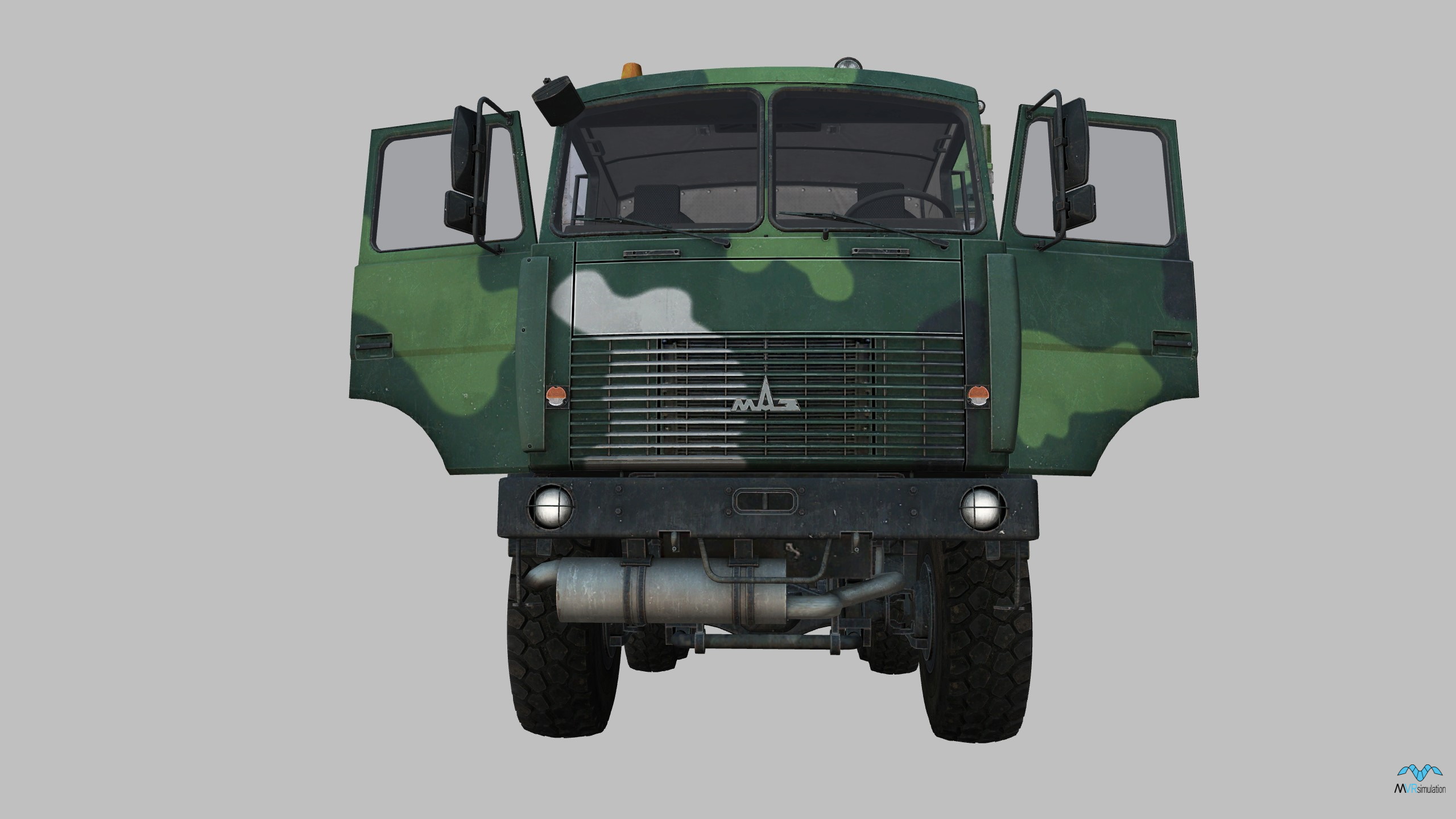 The MAZ 631705 Harop launcher is a 6x6 off-road military truck with stabilizing legs and a tilting launcher body that carries 9 Harop loitering munition vehicles in 3 banks of 3 units. The loitering munitions of Israeli origin have been used effectively to either suppress or knock out hostile air defense radars in the Nagorno-Karabakh conflict as well as in Syria.

MVRsimulation's MAZ 631705 Harop launcher 3D model can have the IR intensity set variable for each bank of munitions to simulate if that bank of munitions has been launched. It consist of 142,956 polygons and 257MB of textures. 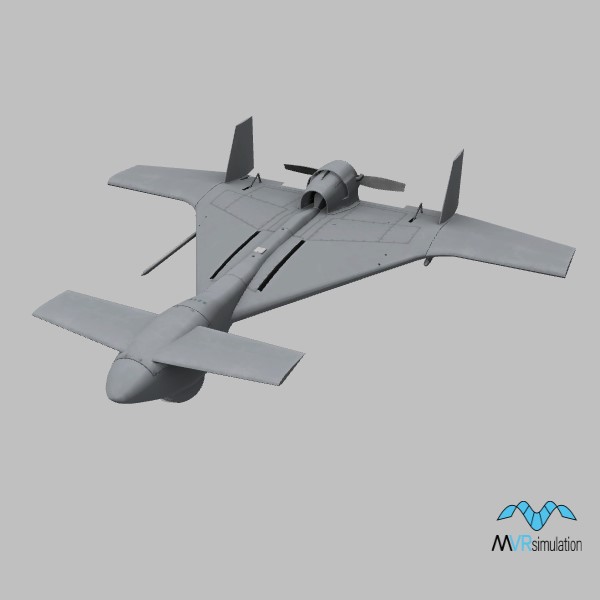 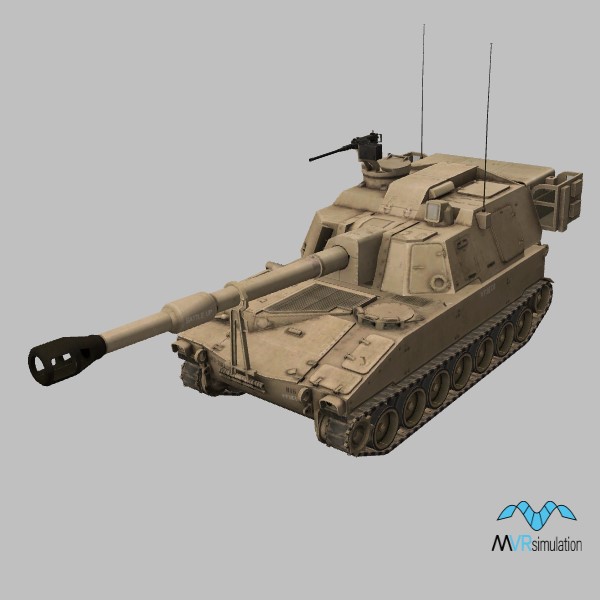 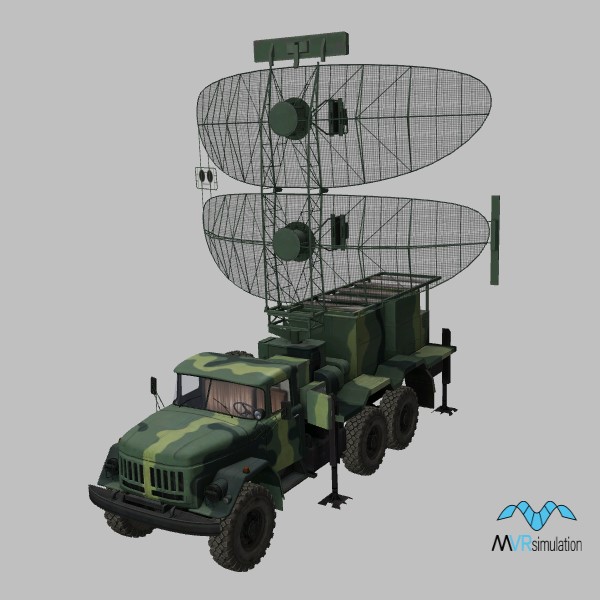 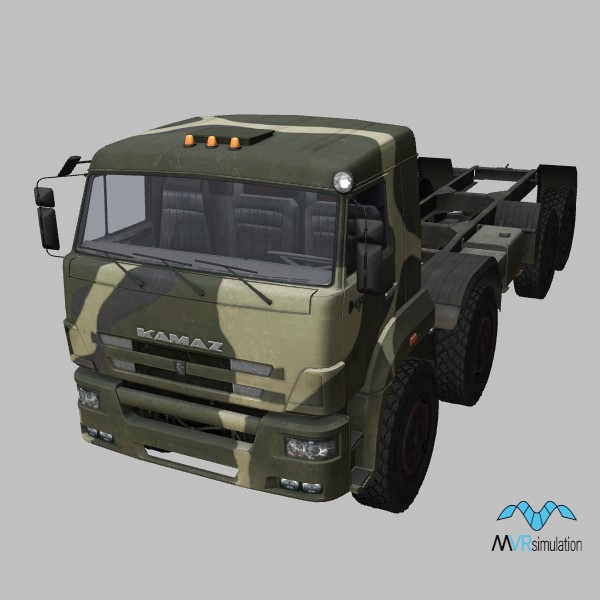