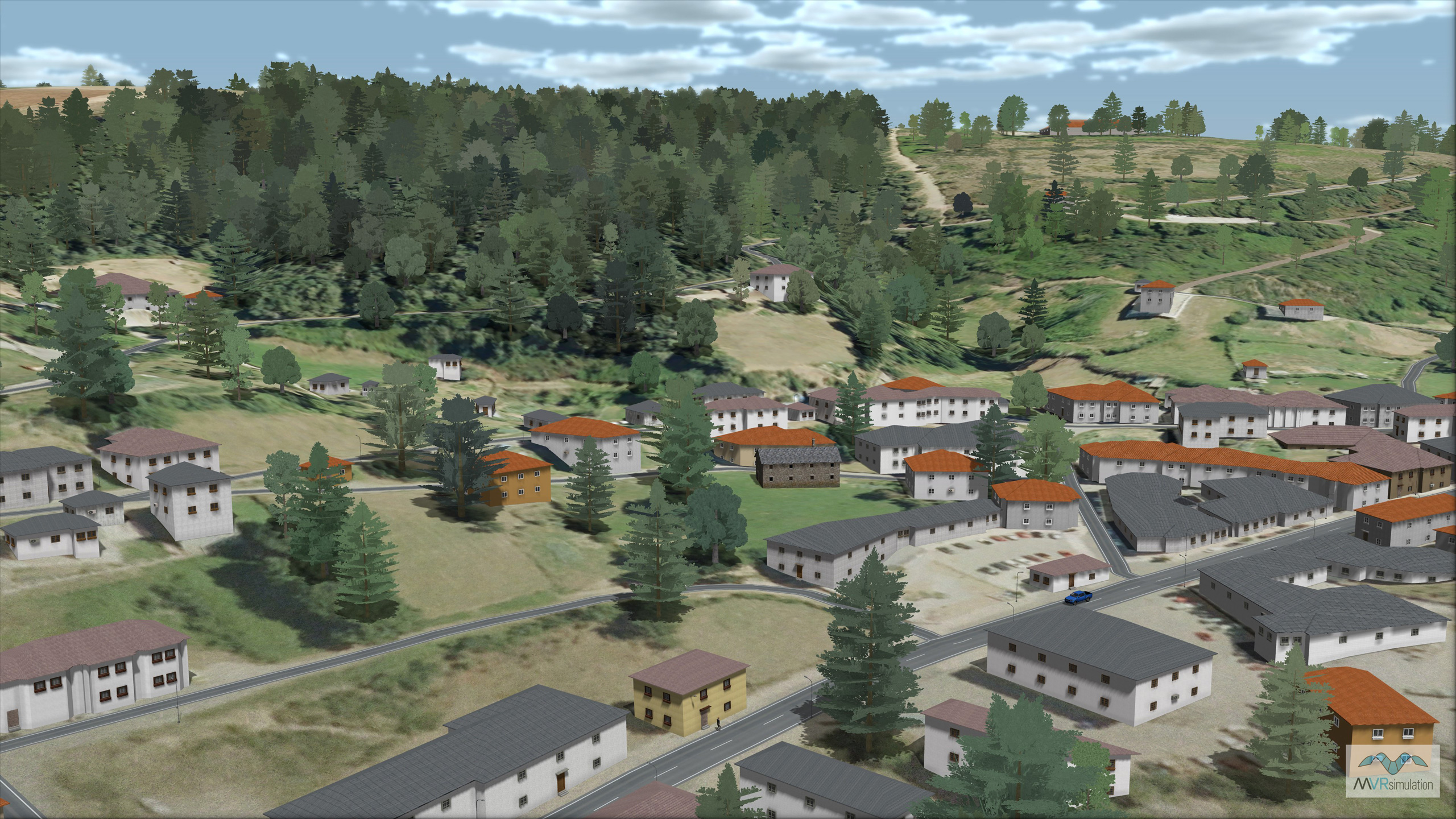 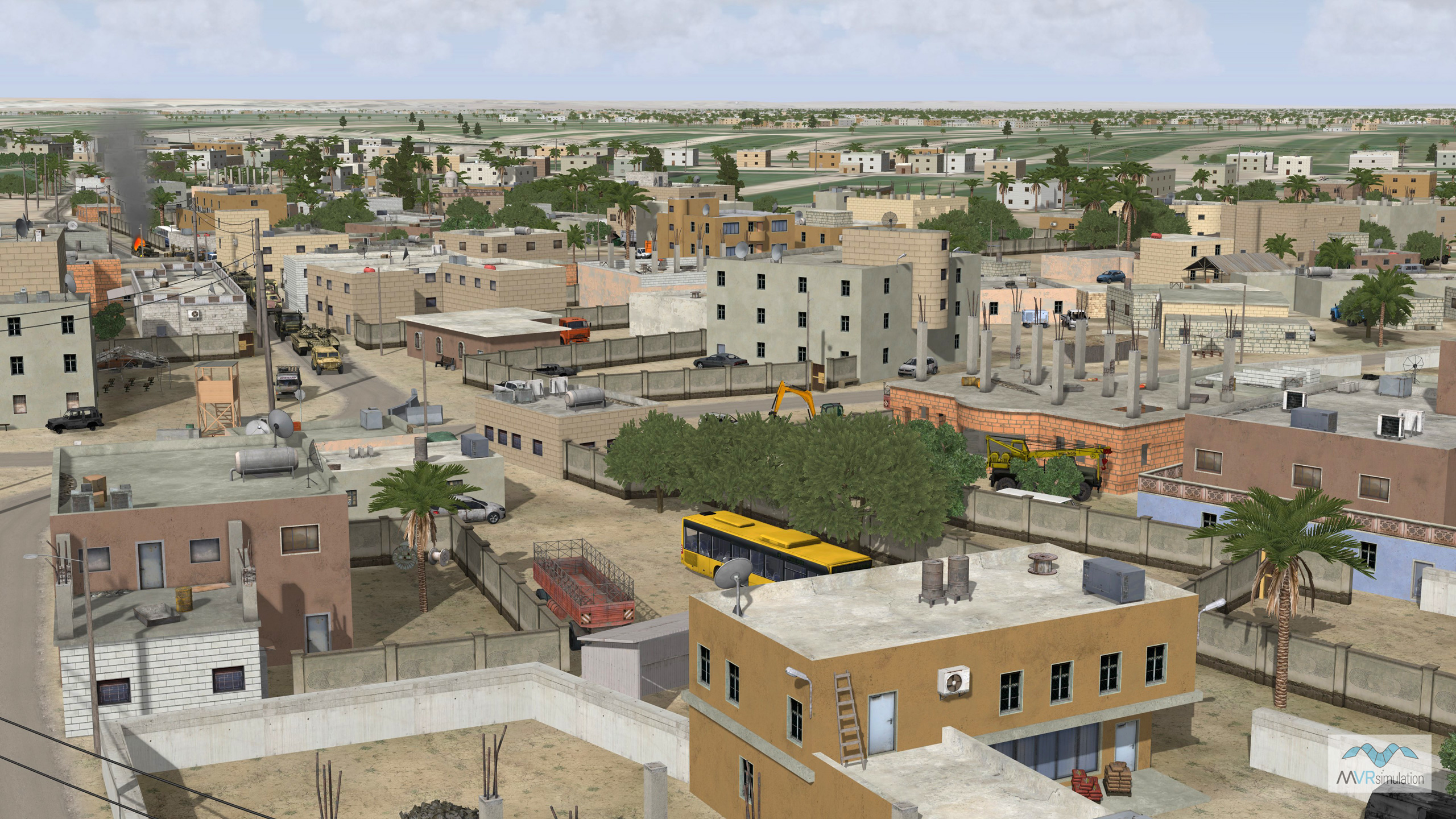 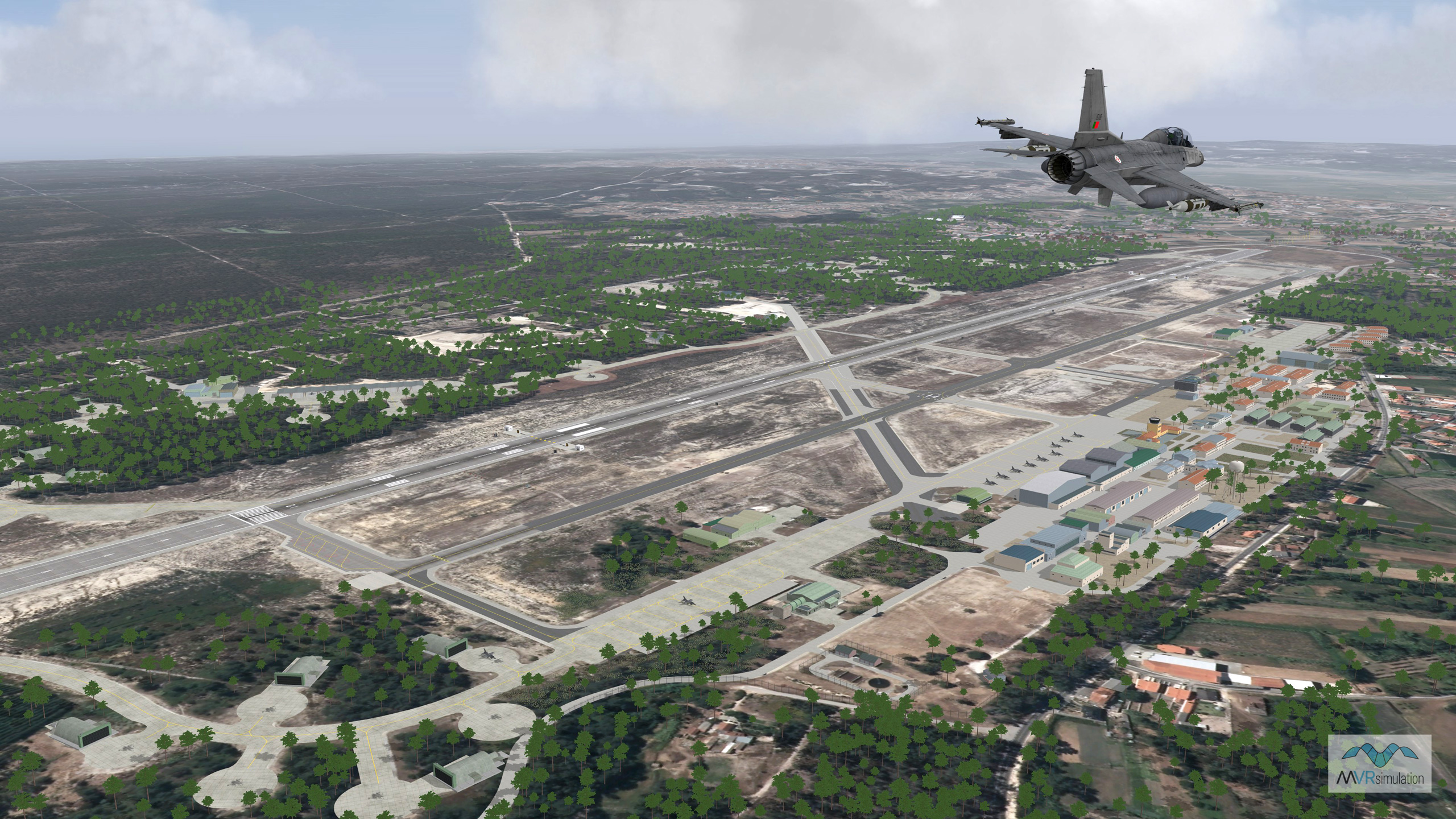 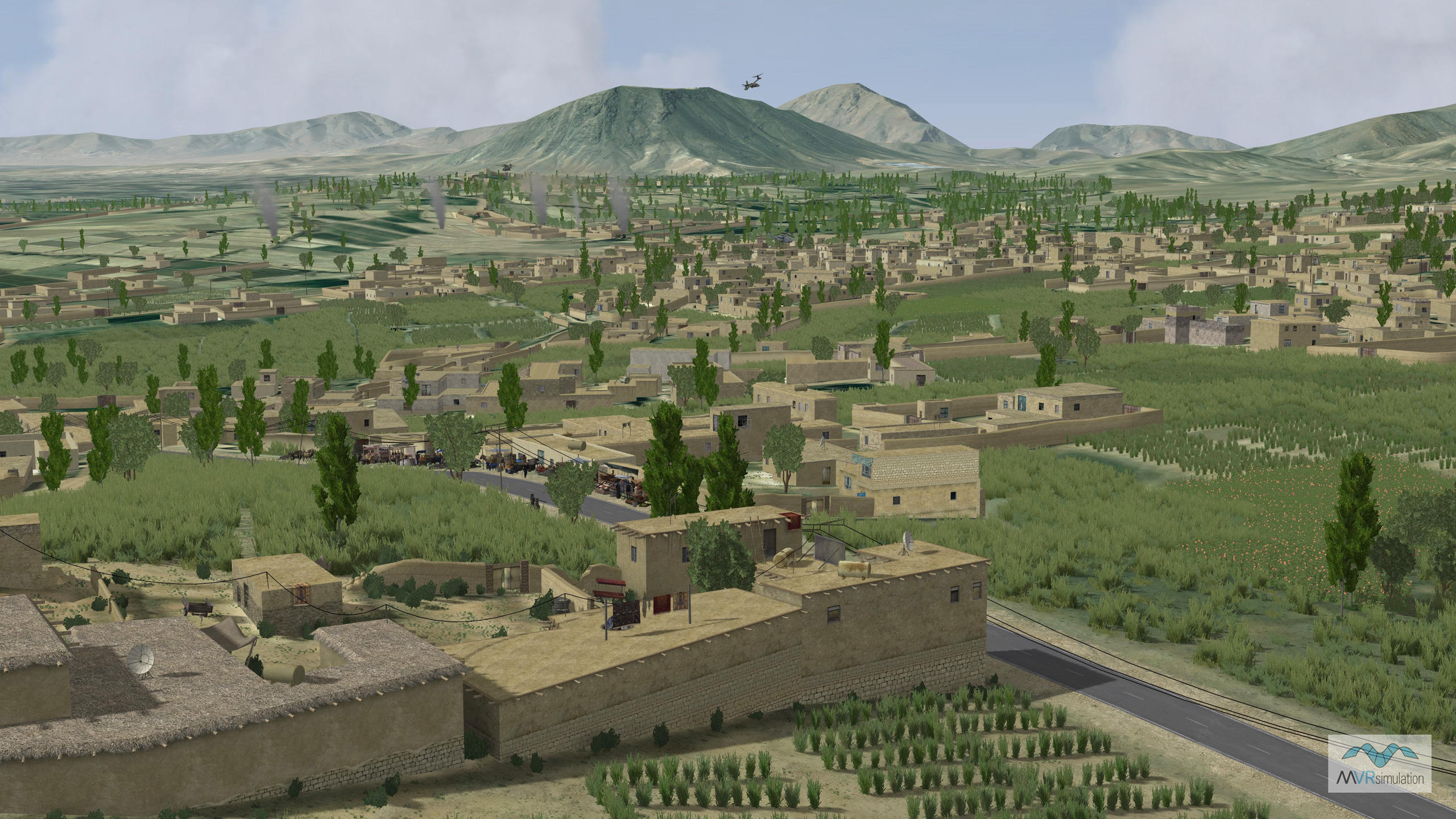 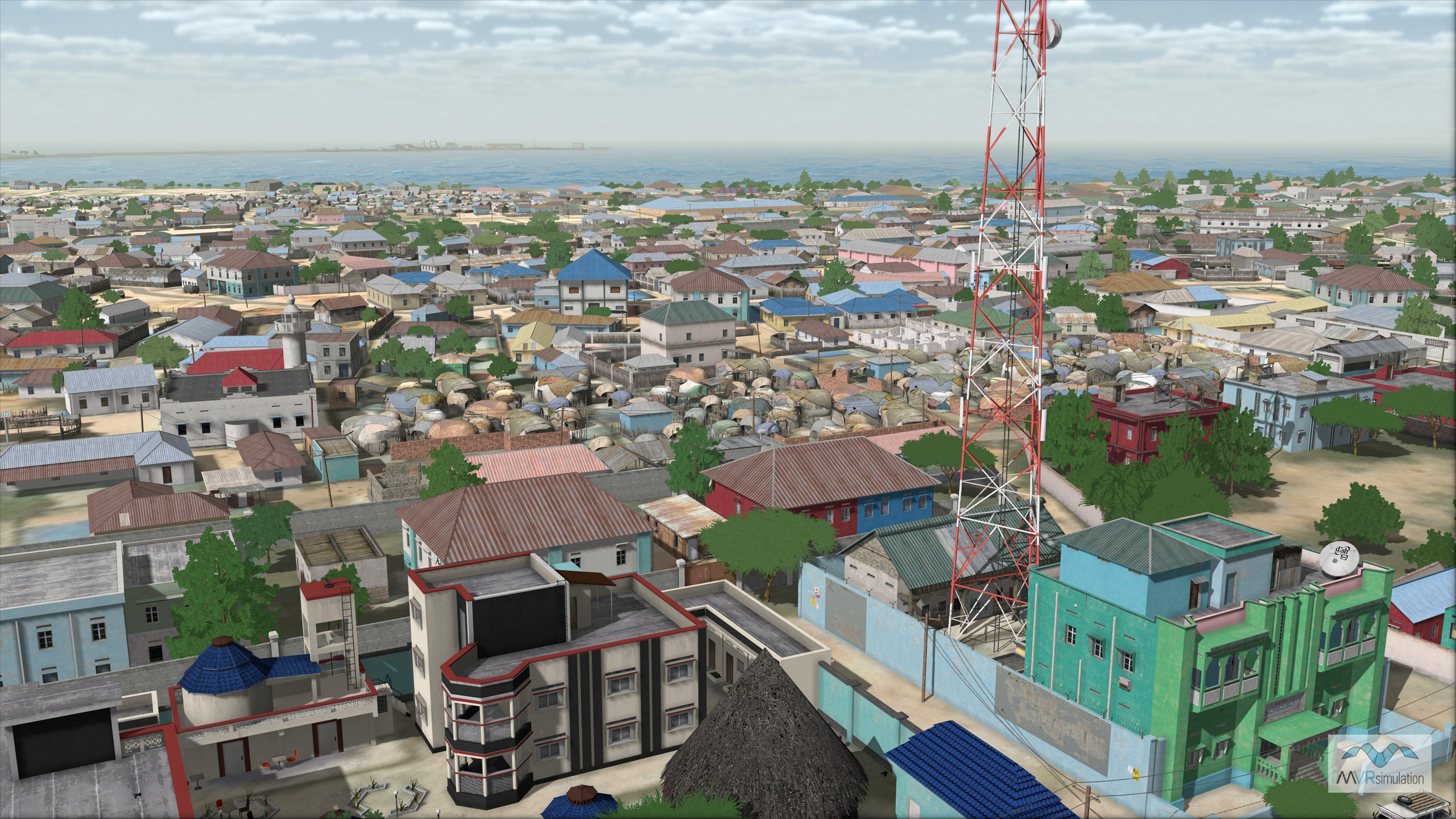 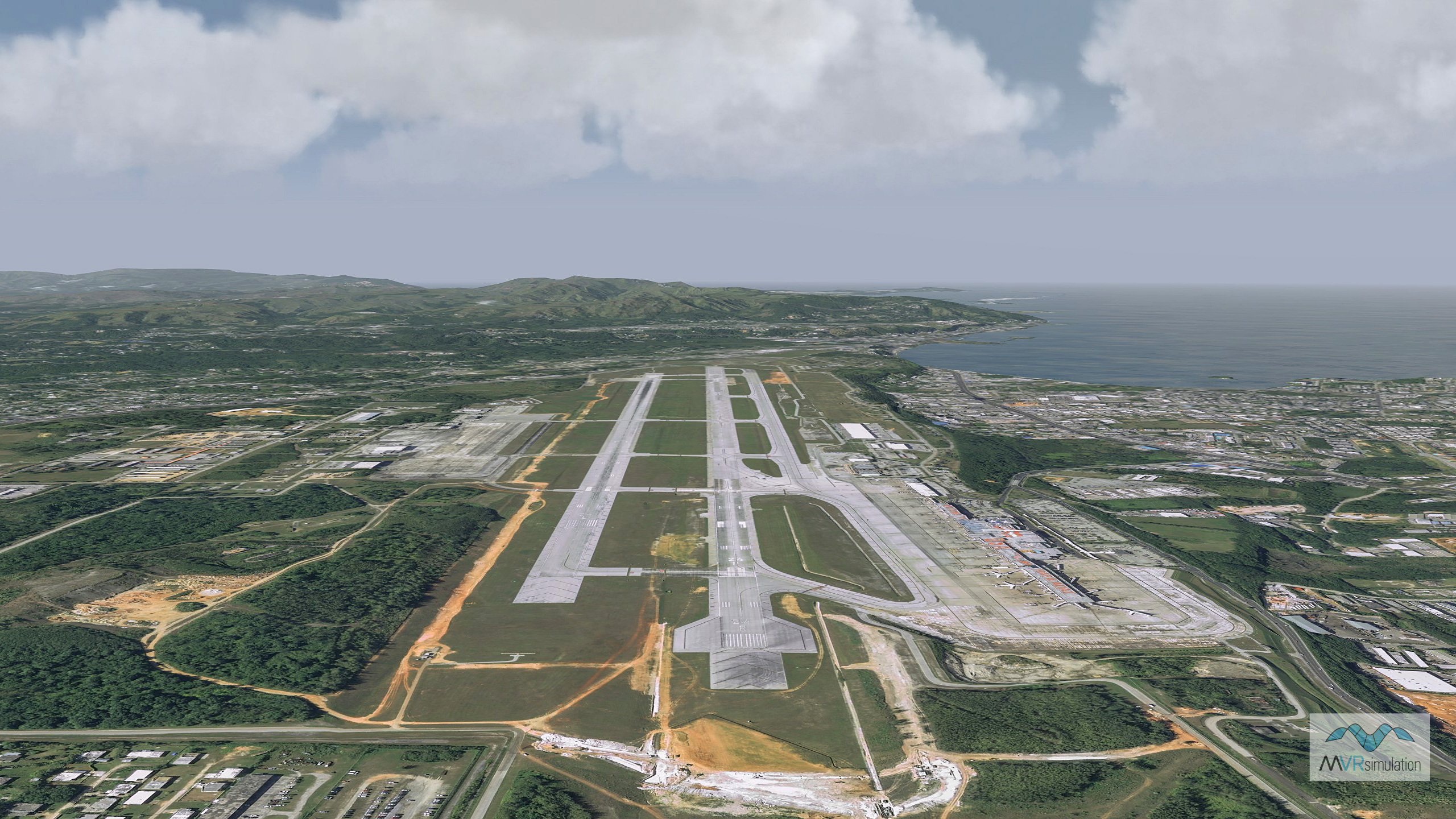 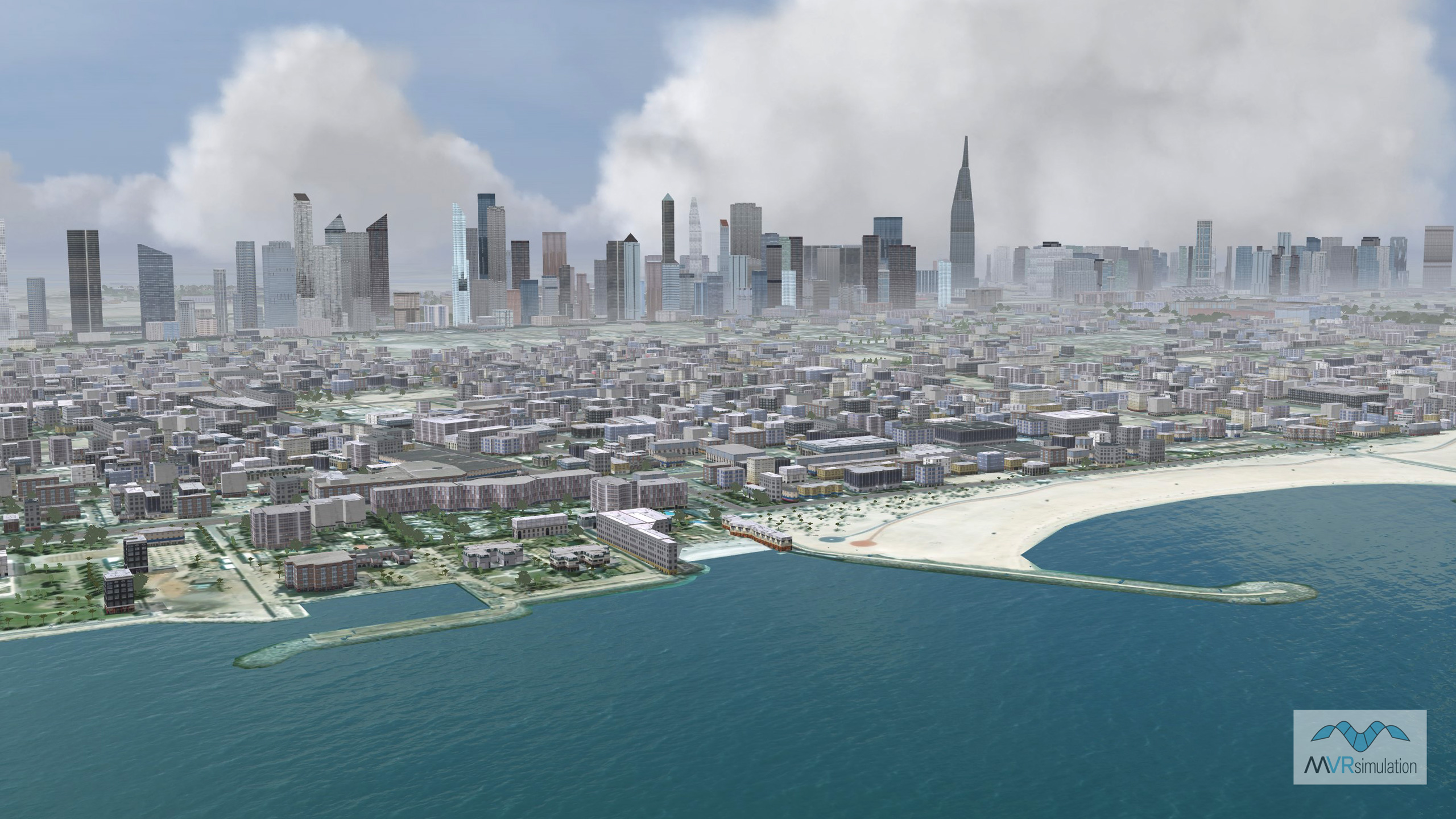 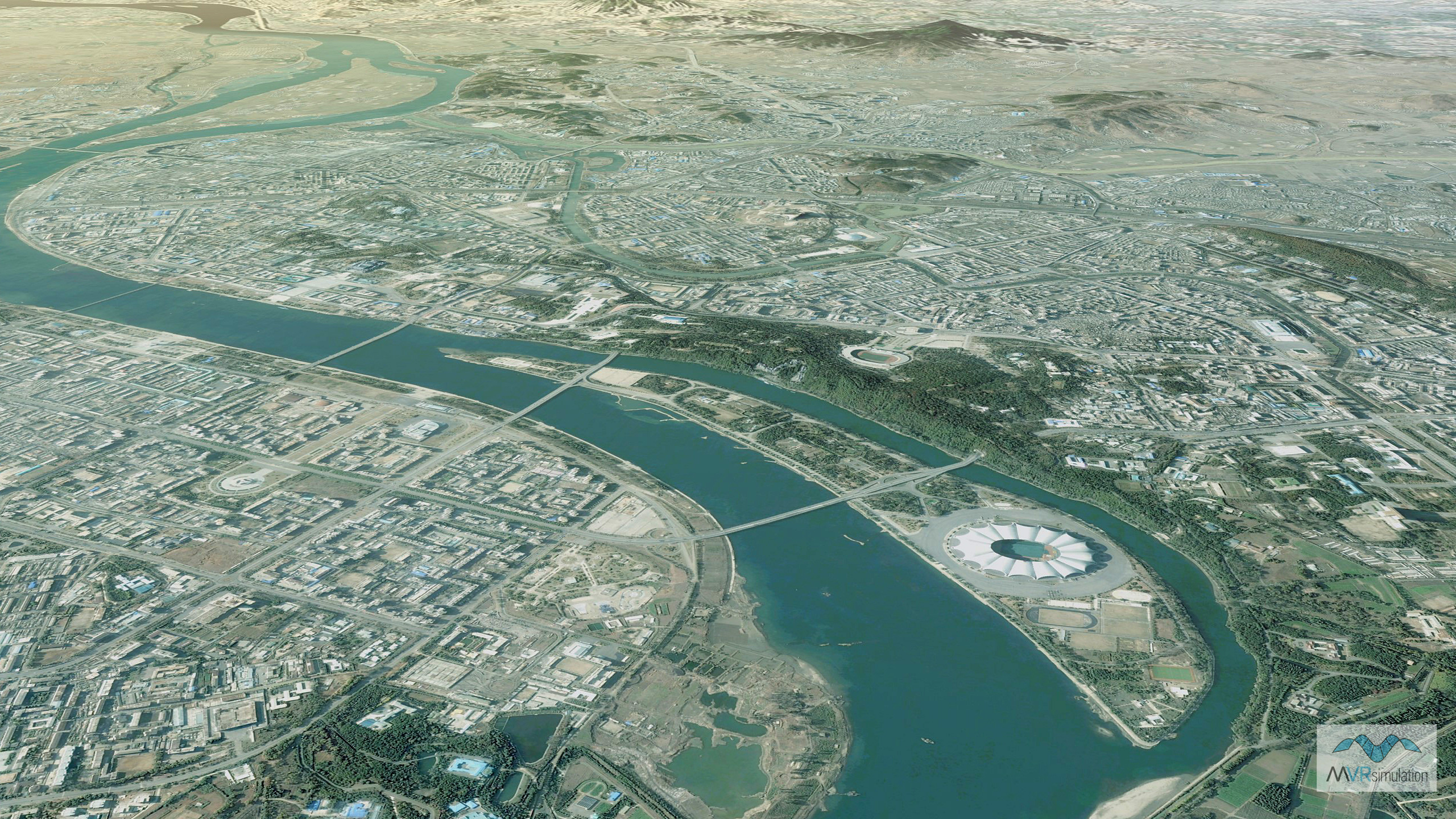 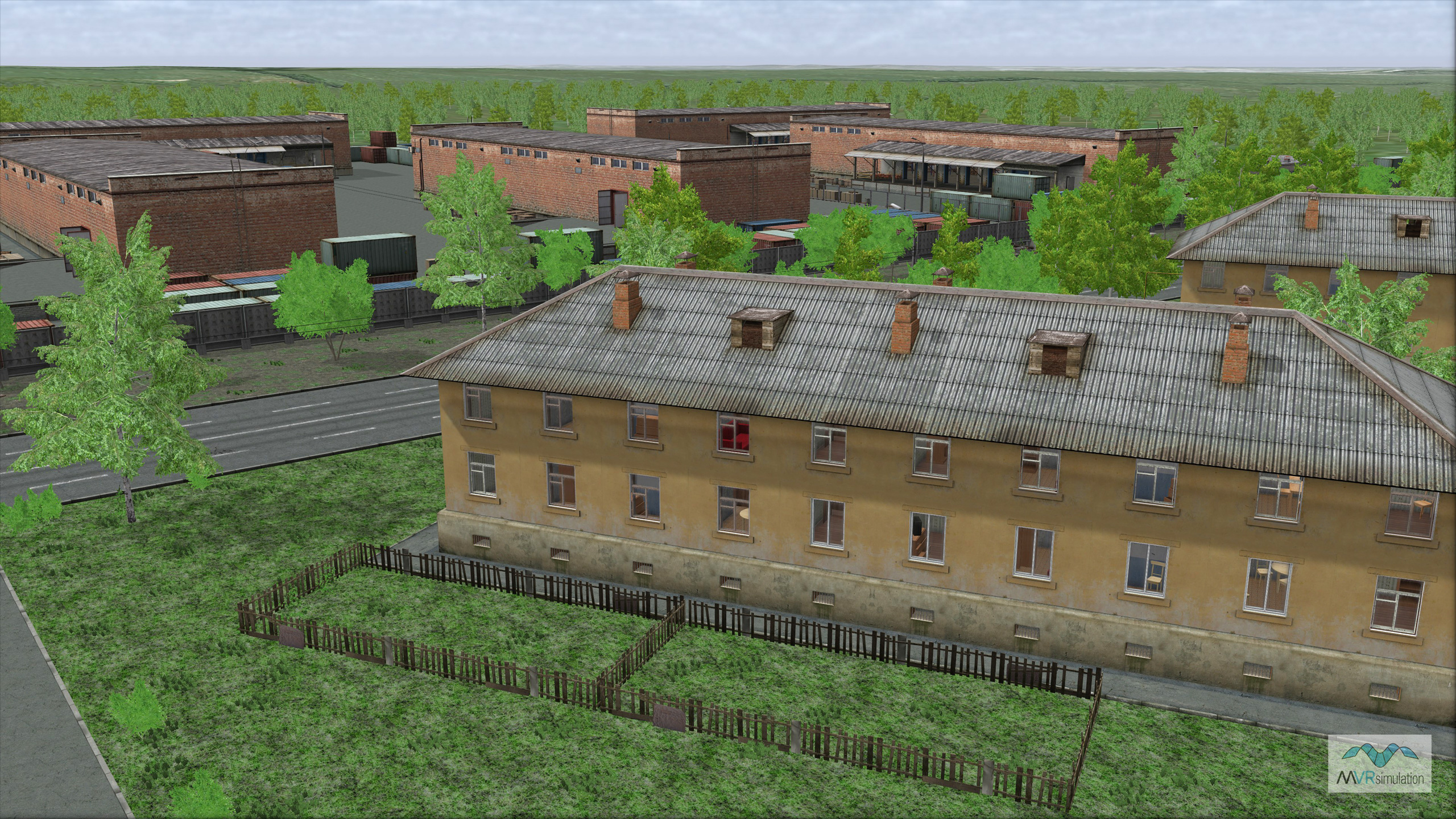 MVRsimulation has built 3D terrain covering most regions of the world in its round-earth geocentric VRSG terrain format for rendering in VRSG. These 3D terrain datasets were built with MVRsimulation’s Terrain Tools for Esri® ArcGIS®.

All terrain datasets contain high-resolution insets of many areas of interest (AOI). You can add culture assets from MVRsimulation’s extensive model libraries, your own models, or models extruded and textured with Esri CityEngine® using MVRsimulation’s Scenario Editor.

MVRsimulation's 3D terrain is "Additional Materials" and is provided "as is" as described in our license agreement.  Although MVRsimulation might modify or enhance the original source imagery, some visual artifacts from the source imagery might remain in the terrain tiles.

MVRsimulation's 3D terrain datasets in VRSG (MDS) format are available for purchase to customers who are on active VRSG 6 software maintenance and are US Government or NATO agencies or contractors (for official use only). The terrain datasets are provided in MVRsimulation's round-earth VRSG terrain format and will only run with a valid VRSG version 6 software license with valid software maintenance.

The 3D terrain region datasets are each delivered on an external hard drive. To order a region of world terrain, specify the line item on the order form and then provide the name of the region. Region terrain datasets are distributed on portable, external 4 TB drives.

The entirety of world 3D terrain can be obtained by purchasing:

You can request a quote for 3D terrain directly from MVRsimulation by consulting the Price List and then filling out the quote request form.