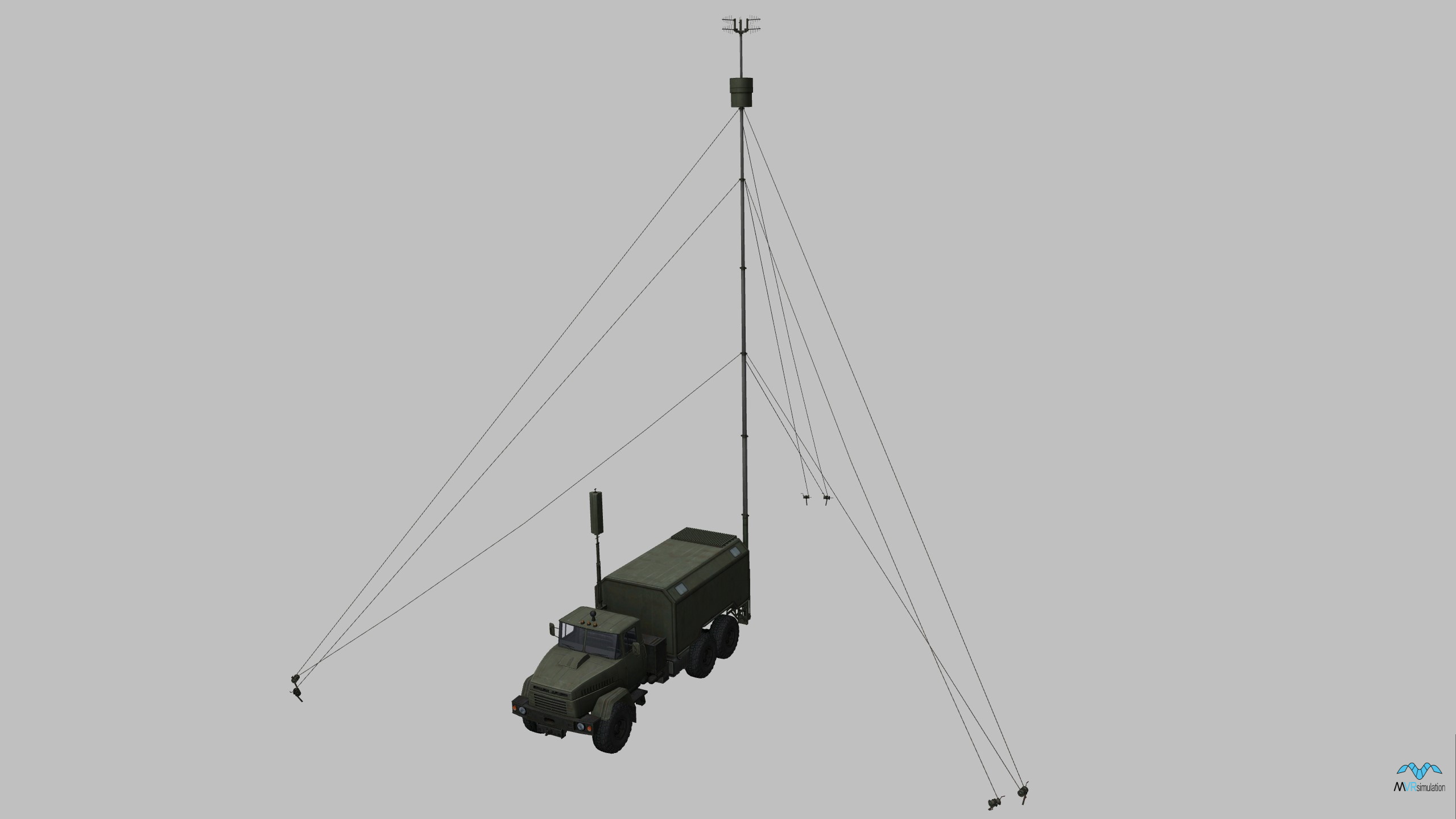 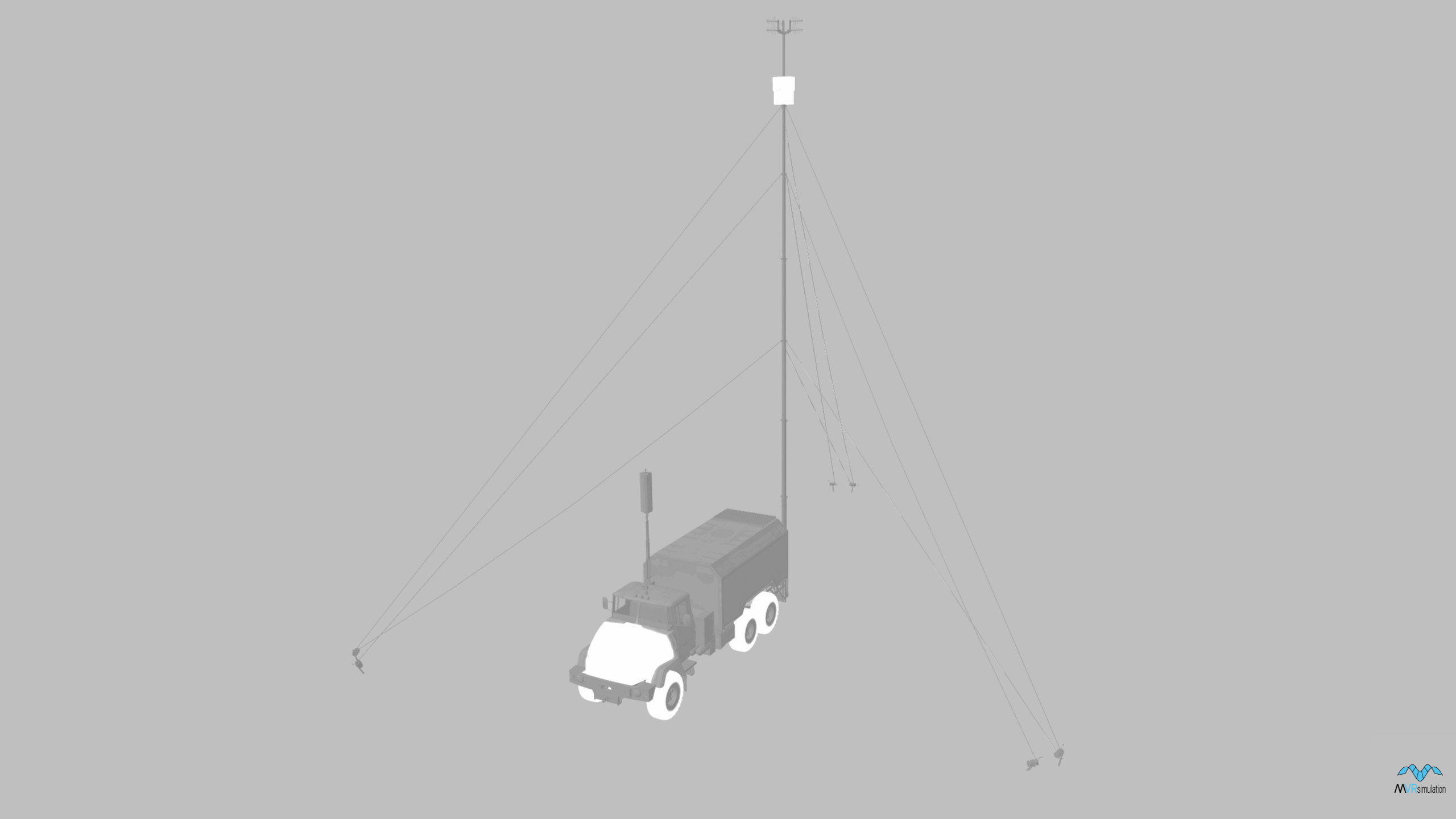 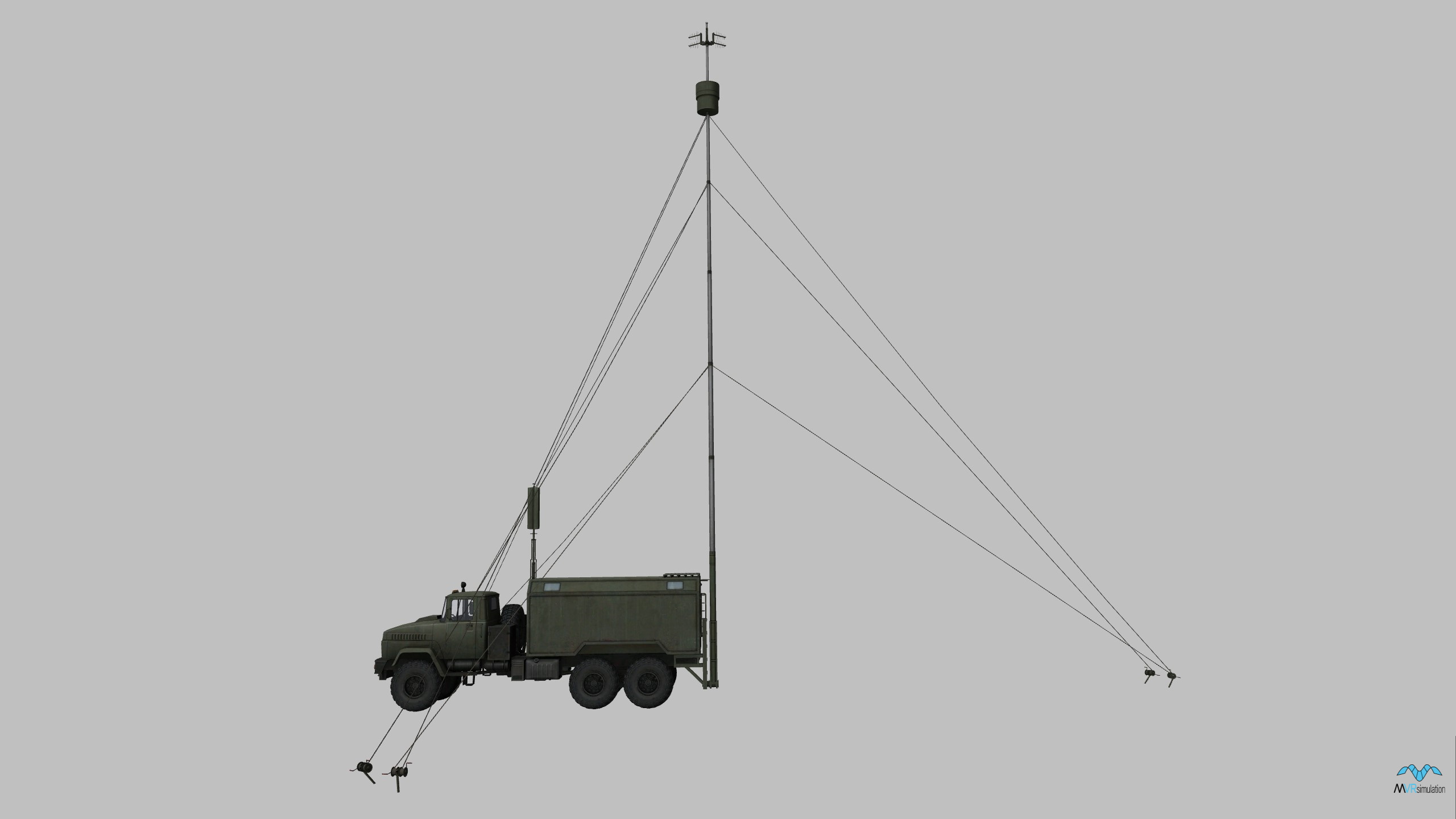 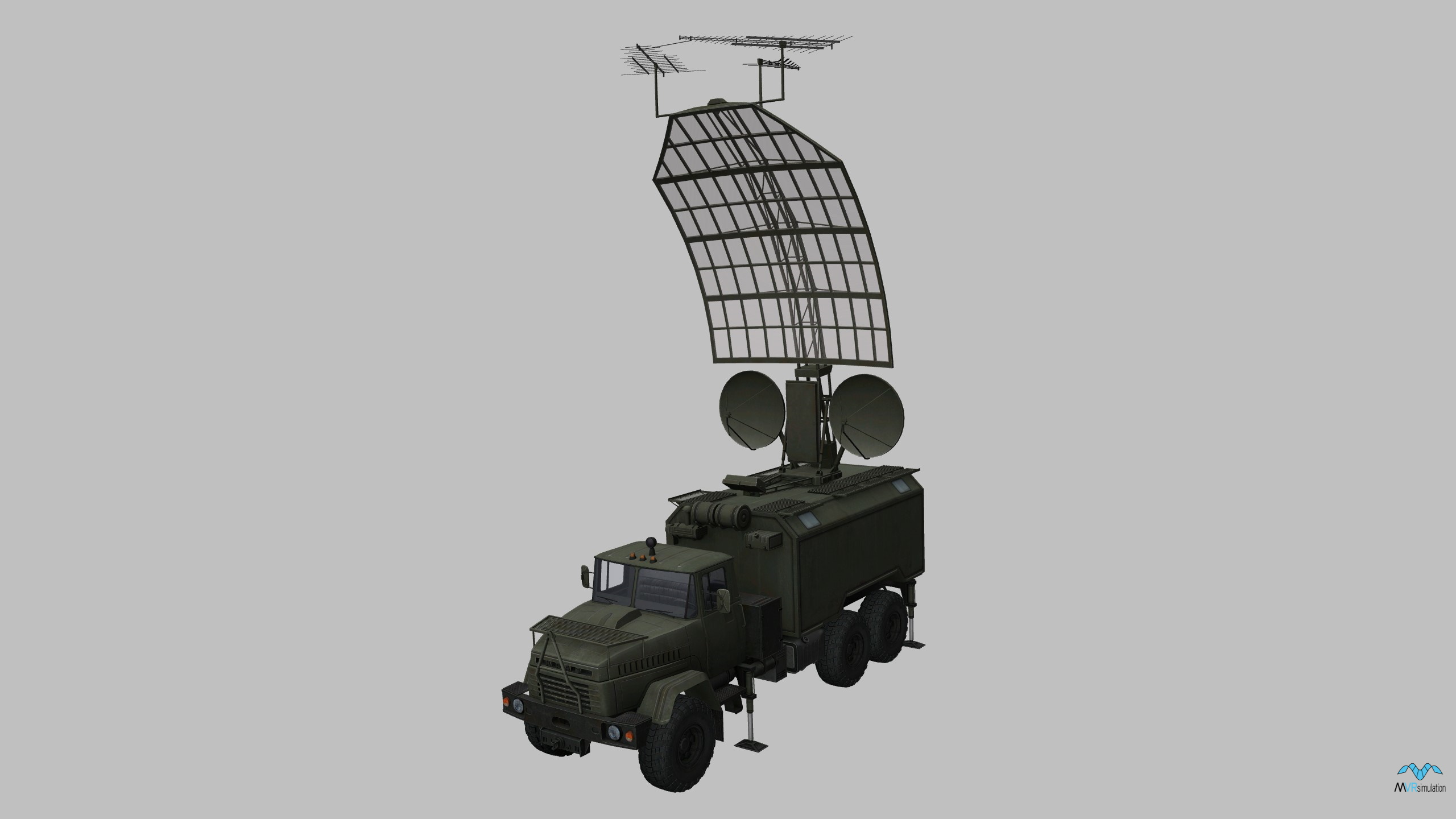 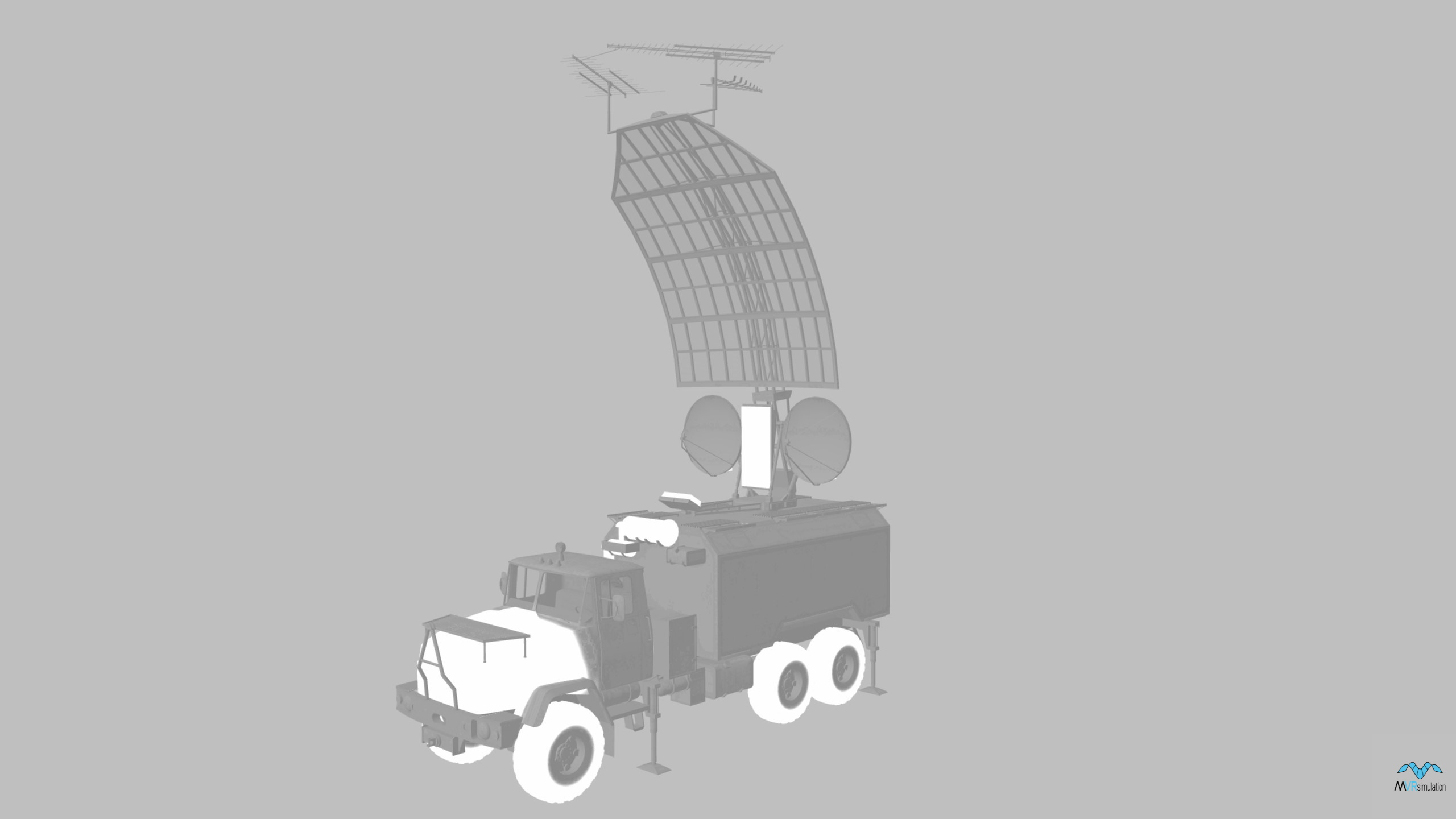 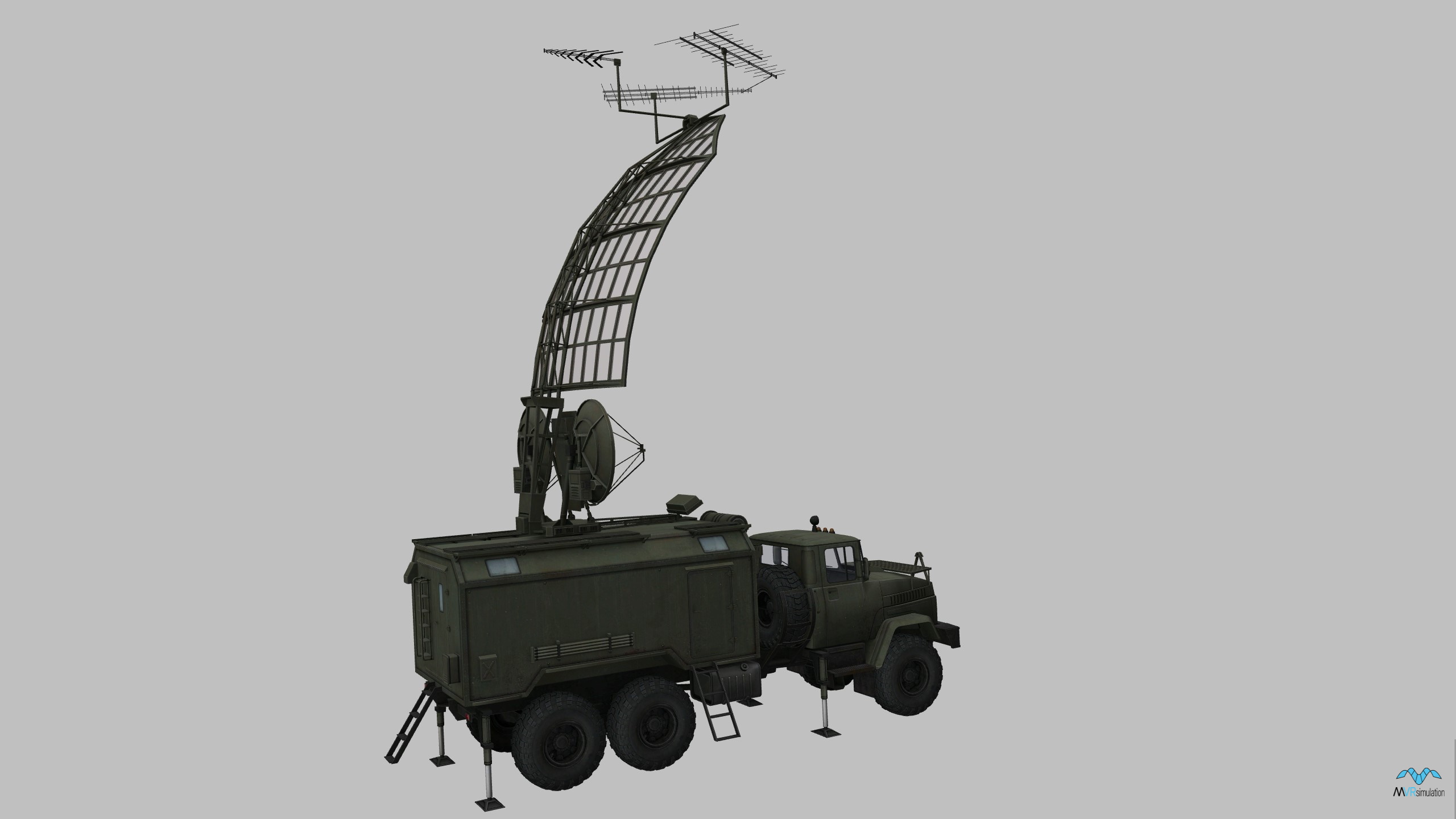 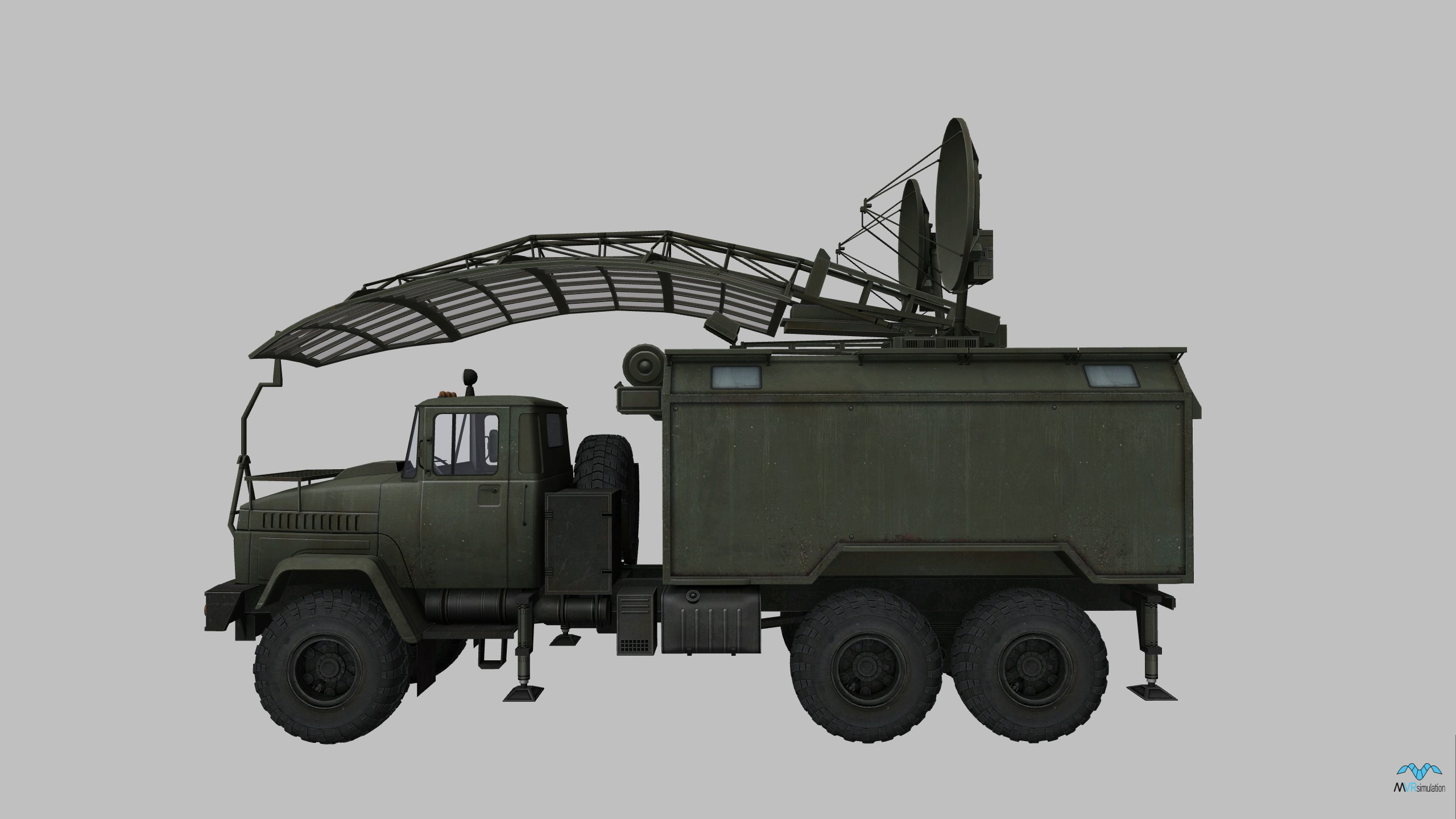 MVRsimulation's  Kolchuga passive sensor electronic support measures (ESM) model is comprised of 65,620 polygons and 125 MB of textures (per paint scheme). The model features an articulated turret on which are mounted two parabolic dish antennas and a large vertical meshed reflector topped with two log periodic antennas. The cab doors also articulate open and shut. The fold-down state of the mesh reflector and antenna unit, and the headlights, taillights, and brake lights are controlled on appearance switch states.

The Kolchuga ESM system was initially developed in 1980s in the former Soviet Union and manufactured in the Ukraine. This long-range mobile system is comprised of two to four receivers which detect and track aircraft radiative forcing (RF) emission by triangulation and multilateration. A Kolchuga system can detect and locate air and surface target pulse and continuous wave emitters from 135 MHz to 18 GHz and trace their movement to a detection range up to 600 km, and tracking range up to 200 km. Tracking is limited by line-of-sight of at least two receiving stations and the emitted power of the transmitter being tracked.

The Kolchuga model is available for download to MVRsimulation's customers on active software maintenance. MVRsimulation's models are encrypted and require a hardware dongle to view. 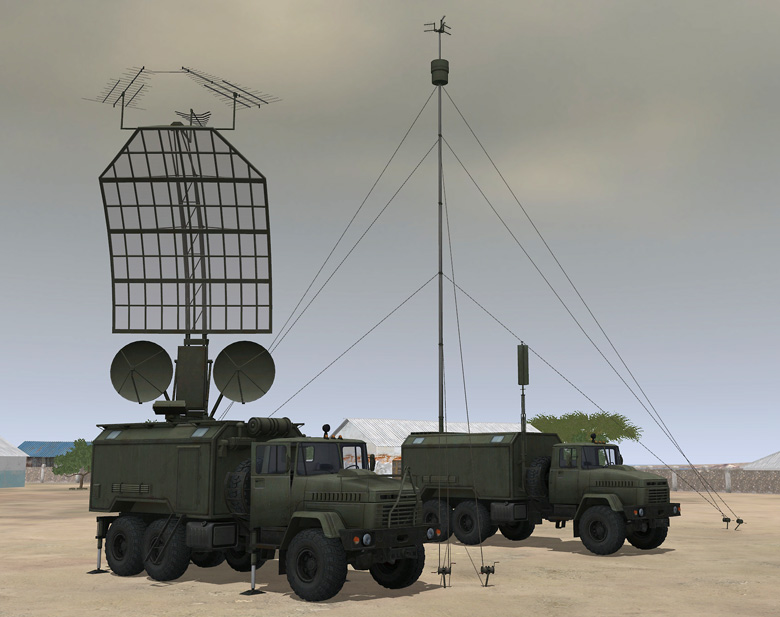 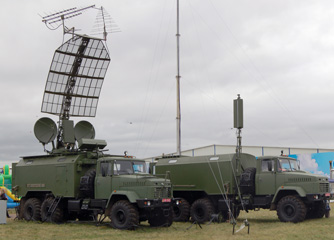 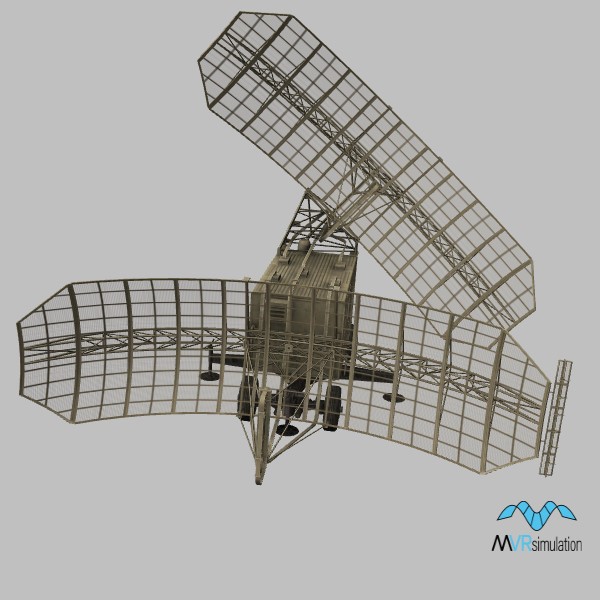 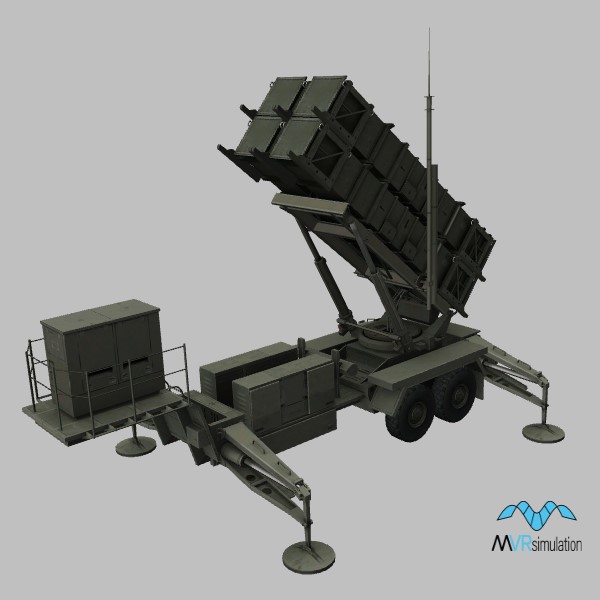 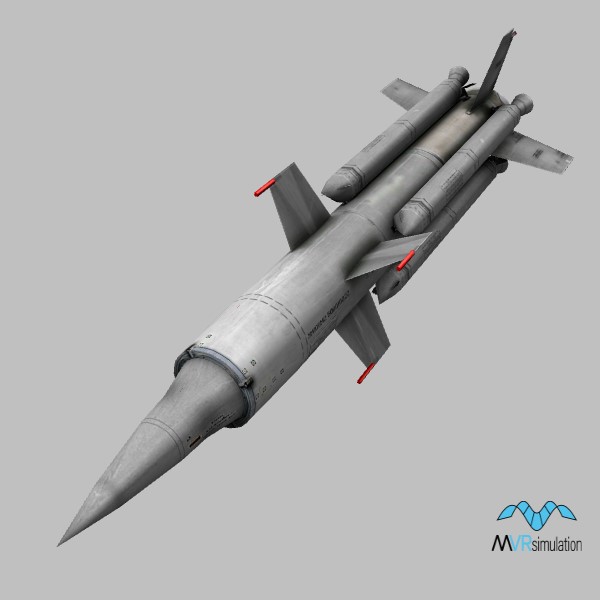