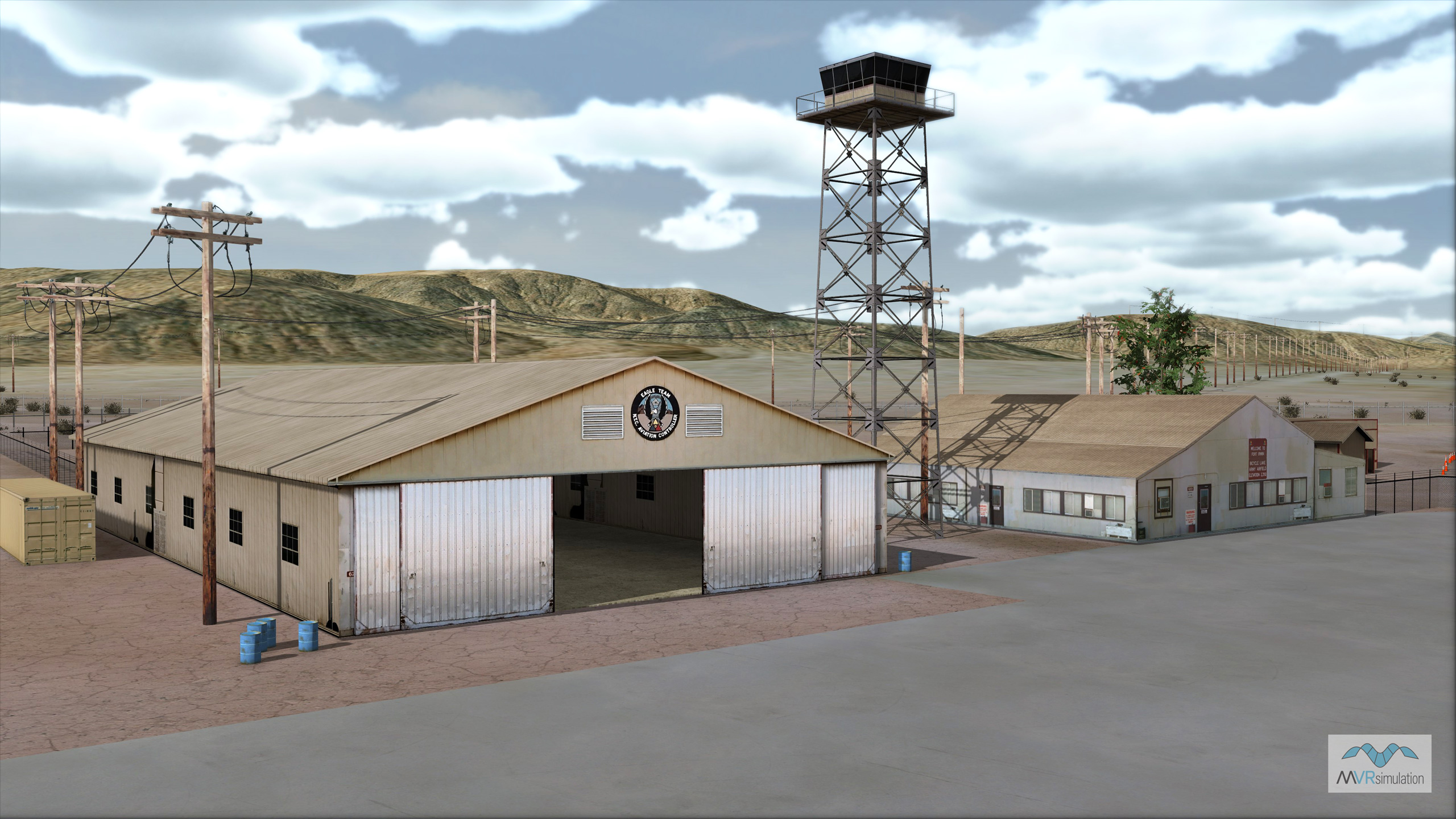 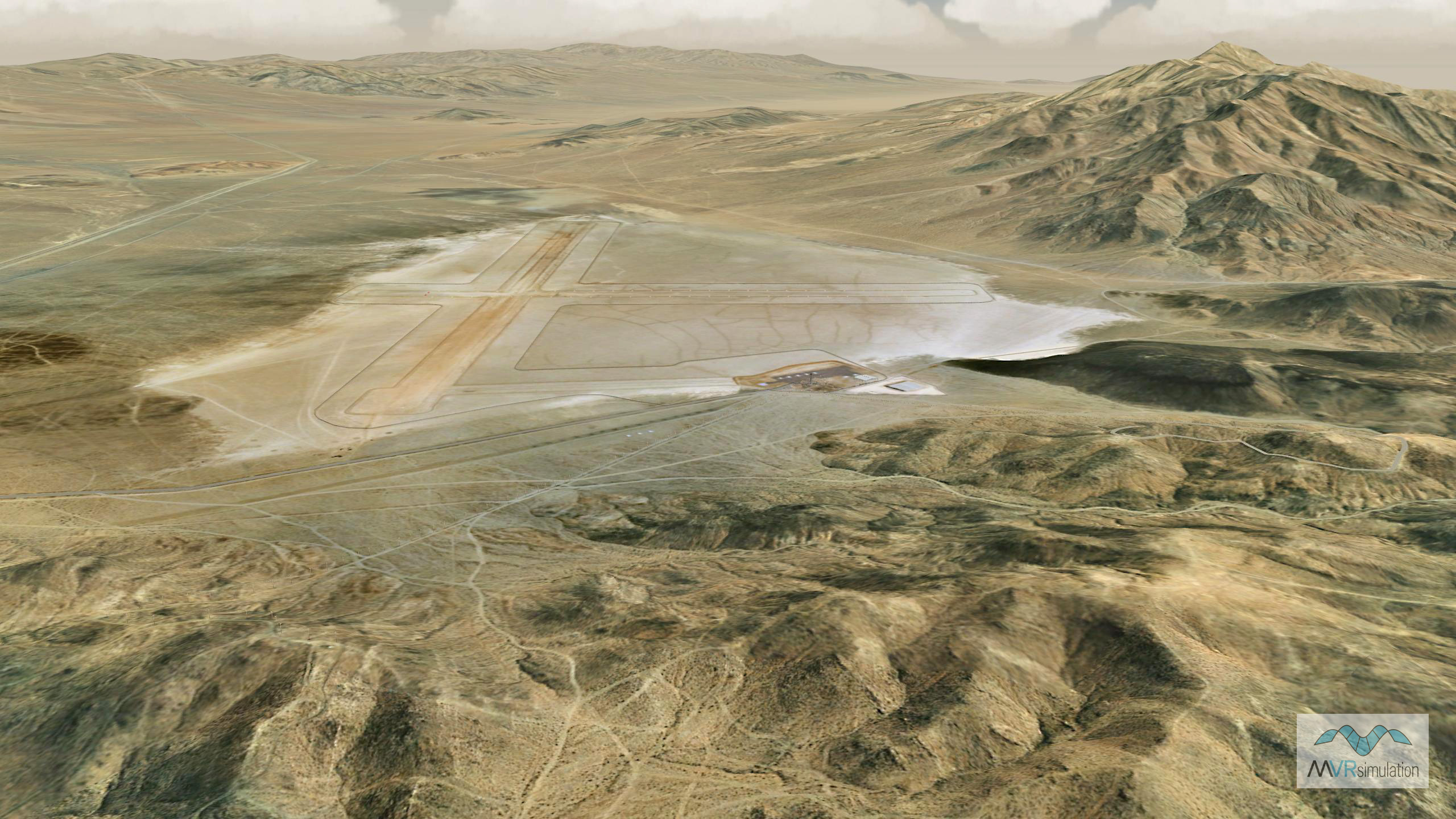 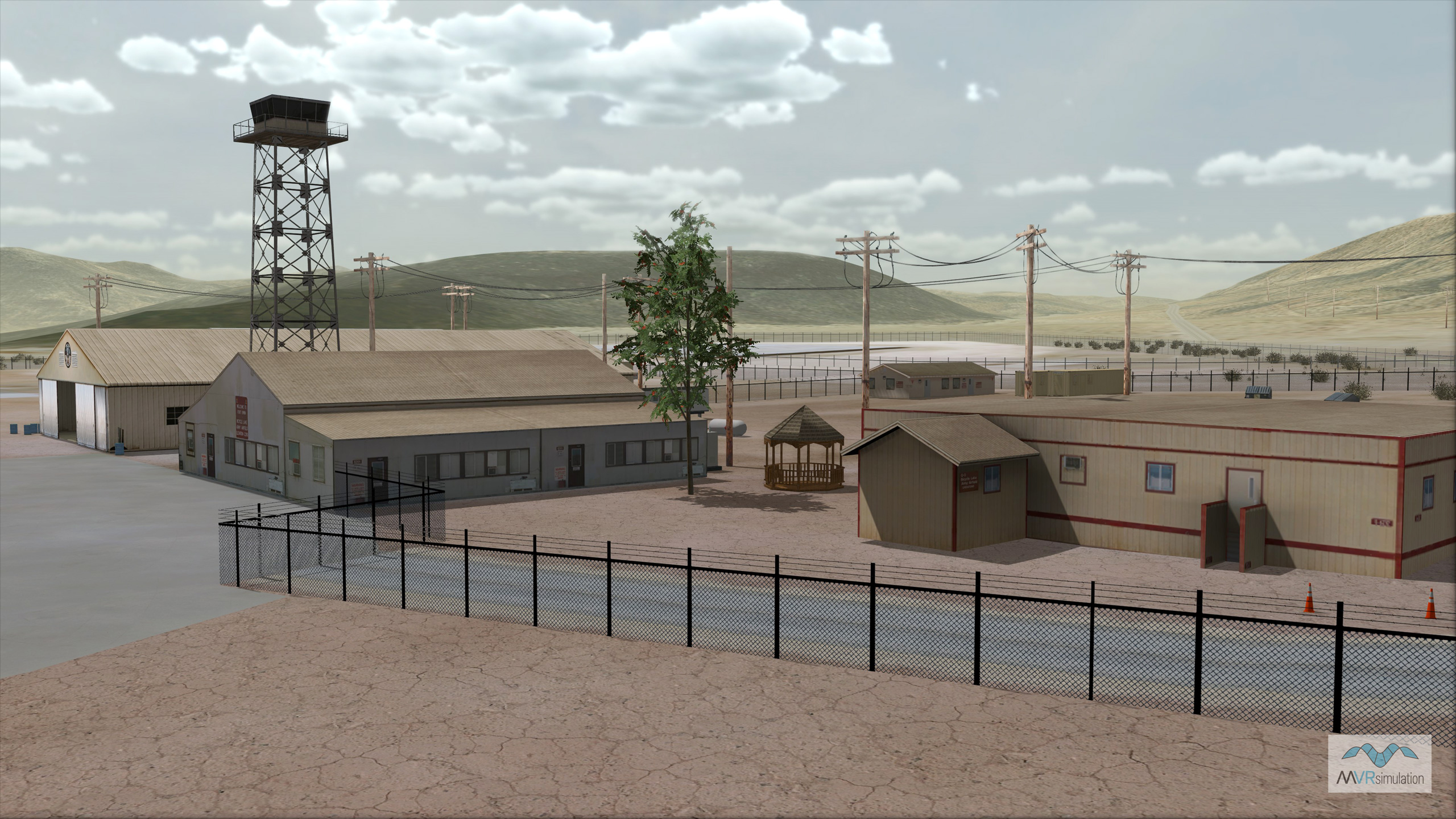 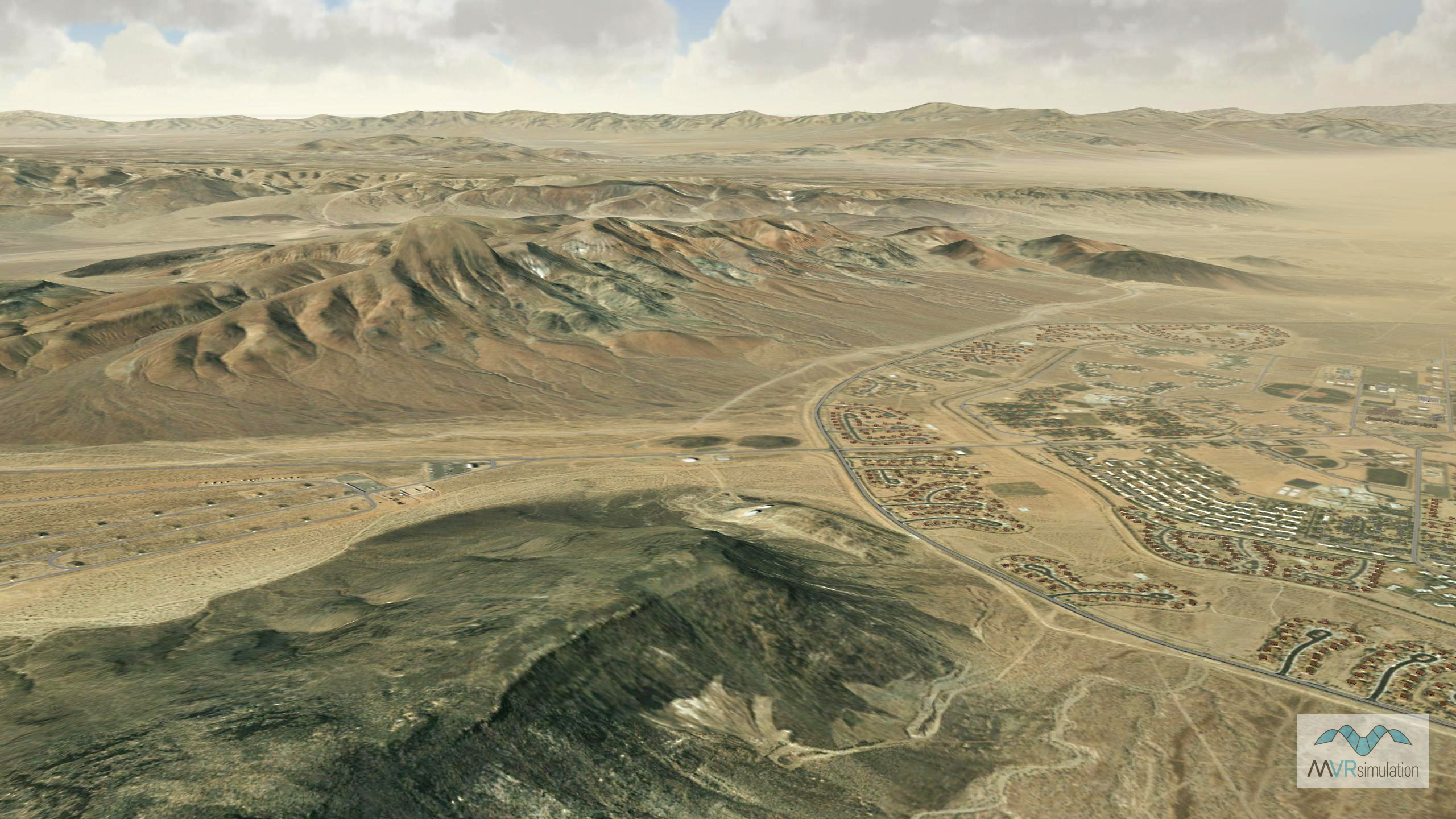 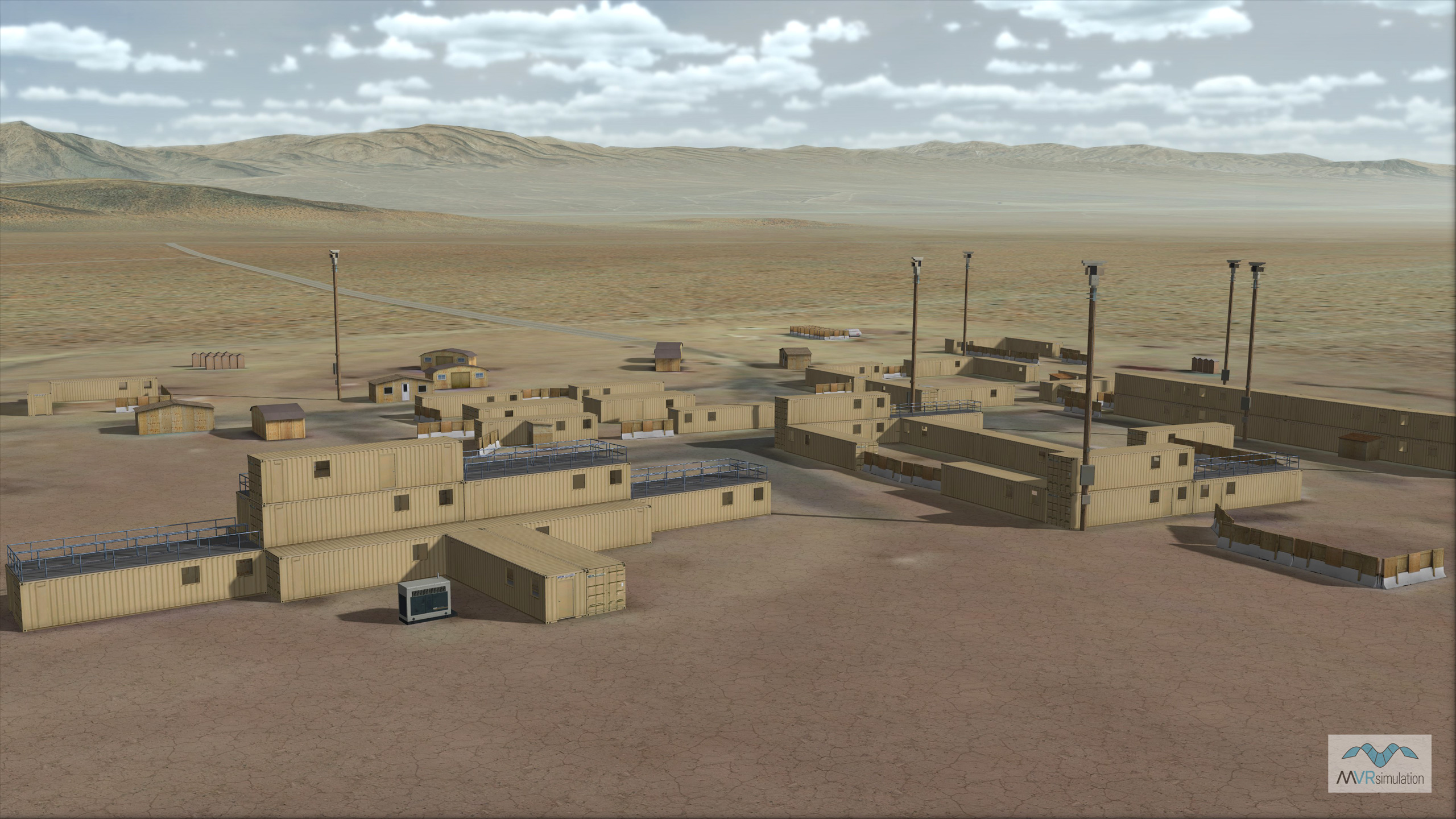 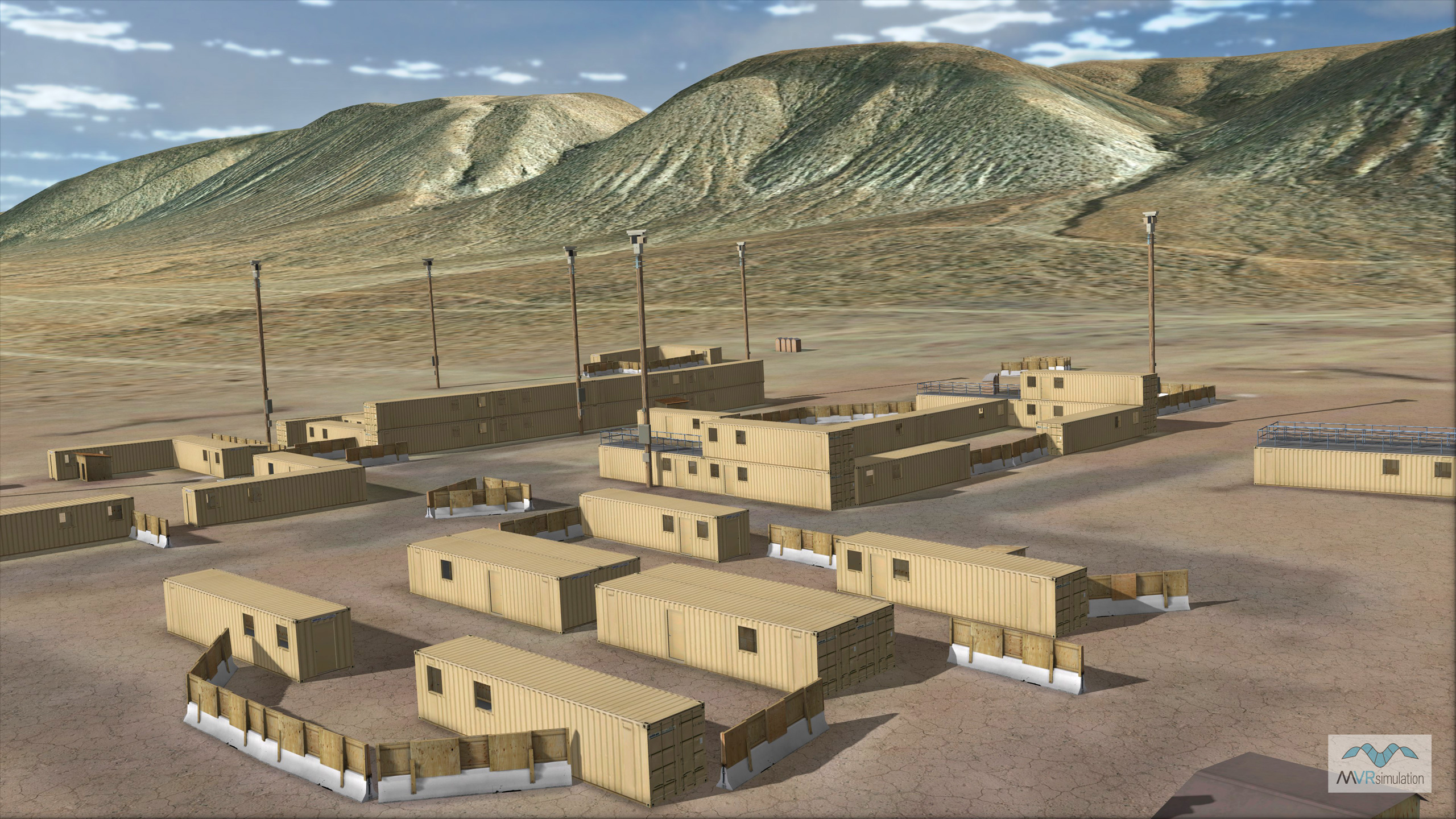 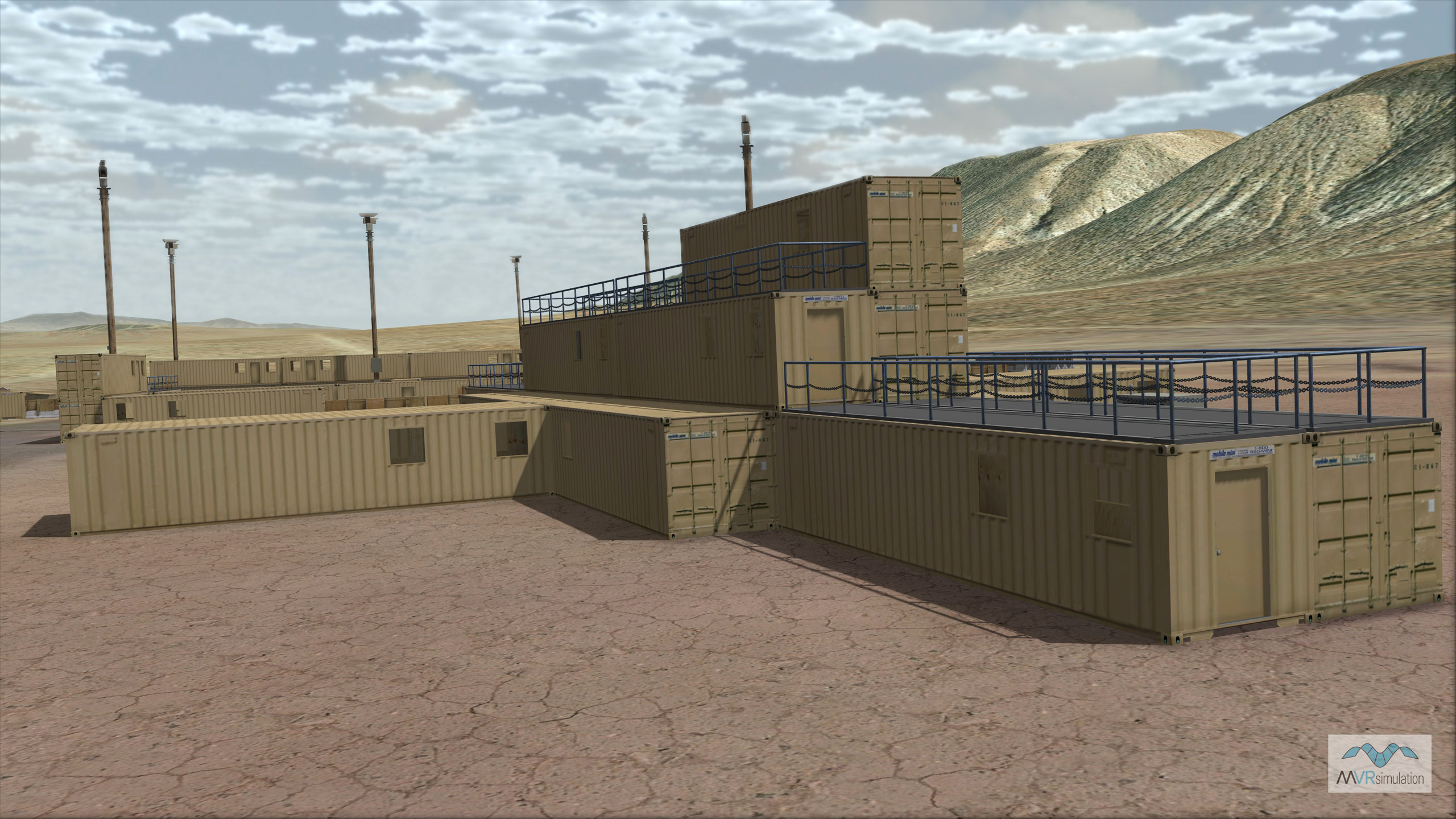 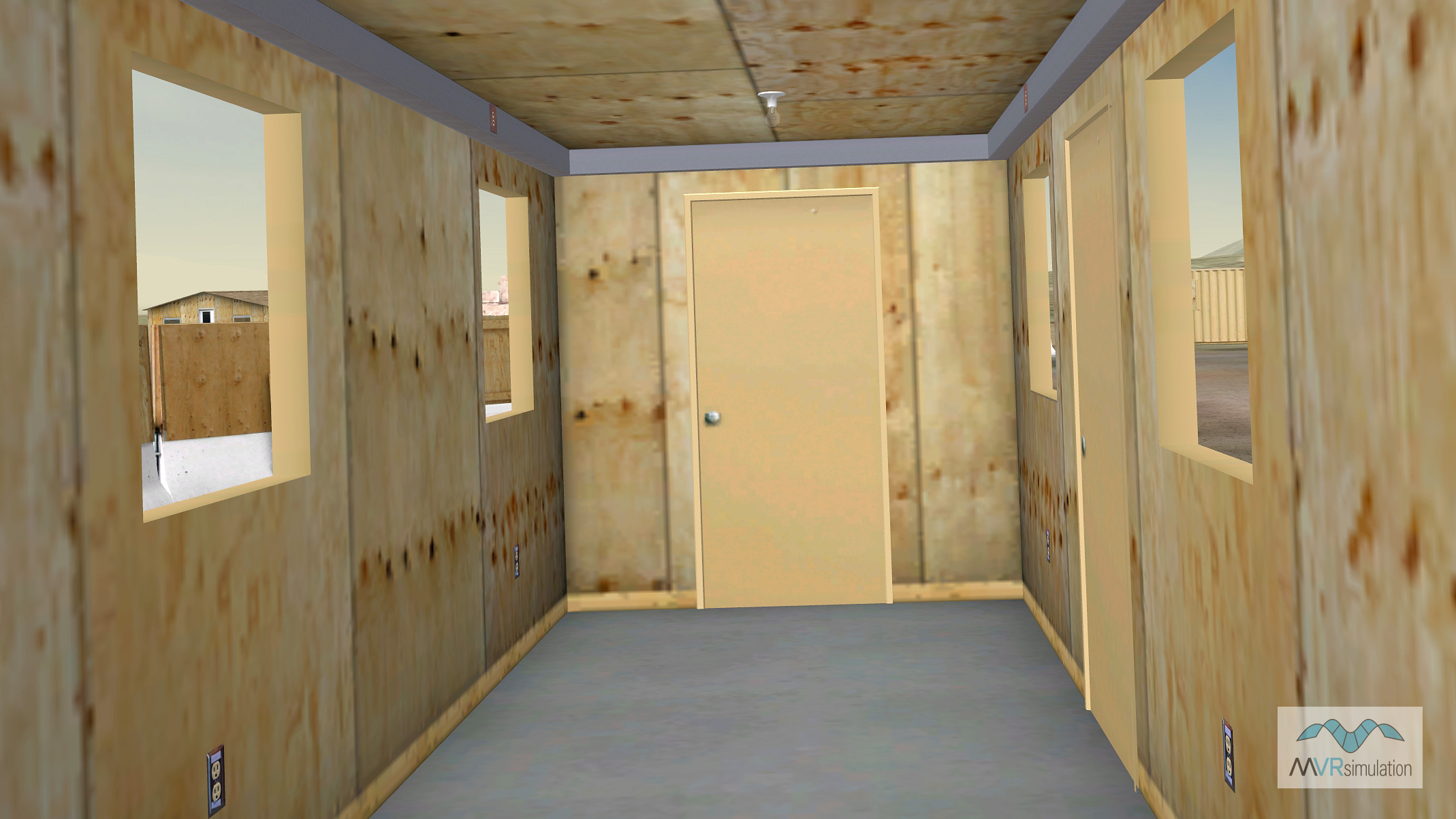 MVRsimulation VRSG real-time scene of the interior of a modeled Tiefort City structure on the virtual Ft. Irwin / NTC terrain.

The NTC at Fort Irwin, CA, is one of the most frequently modeled terrain databases for simulation. The actual facility is used heavily by the U.S. armed ground forces for live fire and maneuver training with a focus on pre-deployment counter-insurgency operations. Approximately 70,000 soldiers, including 20,000 reservists, participate in the ten month-long rotations the center hosts each year. Training includes combined arms operations in mock urban areas. Virtual-world representations of NTC are used in simulators that enable soldiers to train in the virtual NTC when they are not engaged in live training. After receiving training in the virtual NTC, soldiers go on rotation to train at the actual NTC facility. The Tiefort City Mobile Military Operations in Urban Terrain (MOUT) site is used to train infantry for urban operations.

The 1-geocell database was built from 1 meter-per pixel (mpp) color CONUS imagery with the following high-resolution inset imagery: .25 mpp imagery of the Bicycle Lake Army Airfield, .35 mpp imagery of Tiefort City, and .50 mpp of the Fort Irwin area. The terrain was built with 30 mpp (NED) and 90 mpp (DTED1) elevation data.

Cultural features of the Bicycle Lake, Fort Irwin, and Tiefort City areas that match the imagery were manually and automatically added to the terrain with MVRsimulation's Terrain Tools for Esri ArcGIS. Users can create pattern-of-life scenarios on this terrain using MVRsimulation’s Scenario Editor.

The buildings and other structures on the NTC terrain were geolocated on the terrain to match the imagery.

In addition, the database has hundreds of light points and airfield runway lights.

One important area of detail is the replica of Tiefort City MOUT site, one of nine mock urban training villages at NTC. Located near the Tiefort Mountain in the Mojave Desert, the village is the largest urban training ground at NTC for preparing troops for combat in a desert setting.

The Tiefort City site is made up of a large cluster of low-rise prefabricated plywood structures. These structures, which look like shipping containers with windows, are reconfigurable intermodal MOUT training shelters and containers. Modular, transportable and stackable, they can be used for various types of building site configurations; for example the structures can be stacked and attached to create multi-story buildings. At the site soldiers undergo training scenarios such as setting up ambushes, house-to-house searches for insurgents, responding to snipers, and identifying car bombs and improvised explosive devices. Tiefort City provides a realistic urban training ground; it is the last stop for many U.S. soldiers before deployment. MVRsimulation’s virtual-world representation of Tiefort City can be used in simulators so that soldiers can continue with training scenario activities when they are not engaged in live training.

Actual and simulated view of the MOUT site

The comparison images below are of a photograph of an actual mobile MOUT unit on the left and a VRSG screenshot with the MVRsimulation model of the unit on the right.

MVRsimulation’s virtual NTC at Fort Irwin is available as part of the Southwest US region of CONUS++ 3D terrain, available to all  customers who are on active VRSG software maintenance and are US Government agencies or contractors (for official use only). For US-domestic use only, not available for export. The terrain is provided in MVRsimulation's round-earth terrain format and will only run with a valid VRSG software license with valid software maintenance.