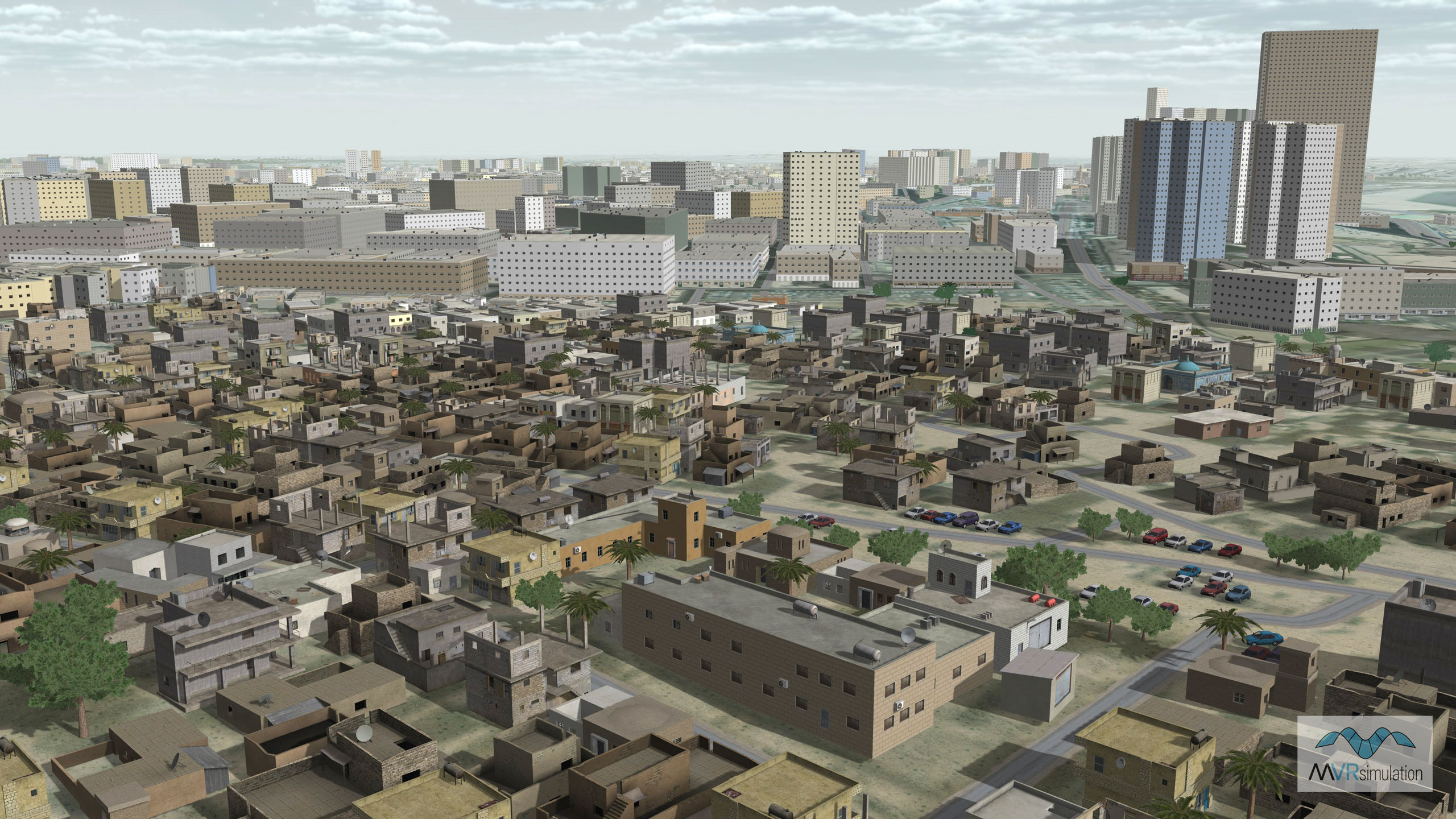 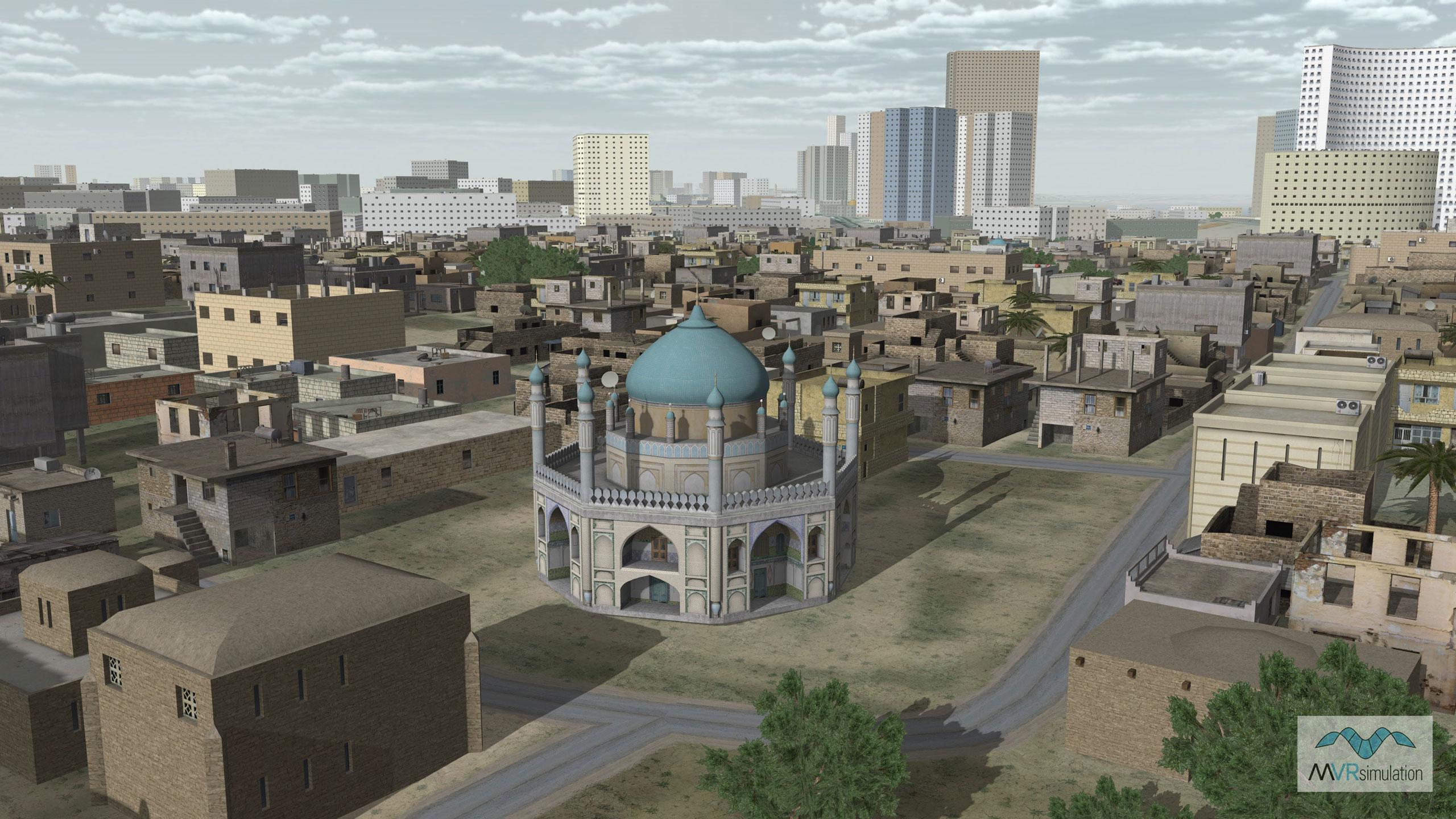 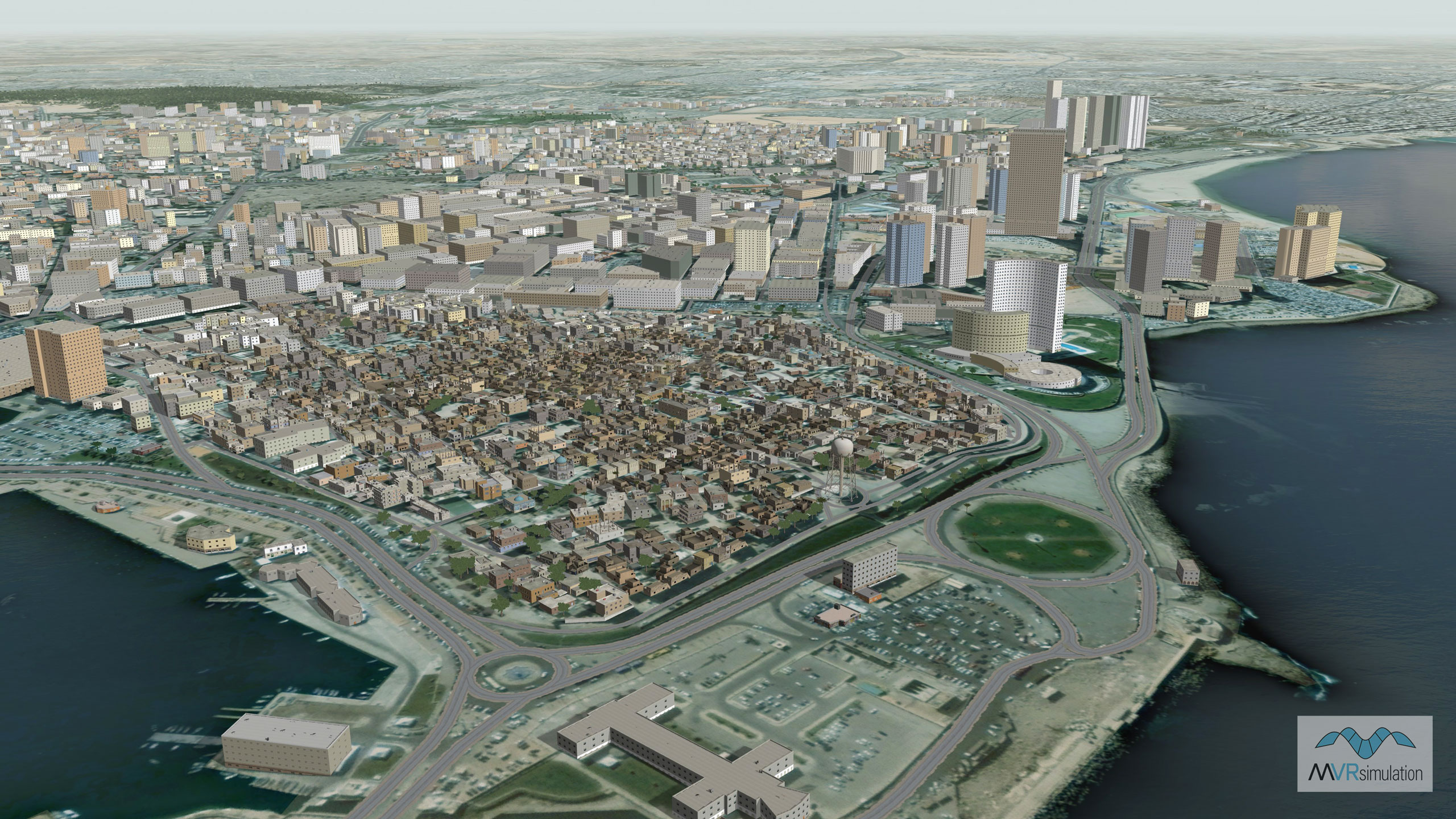 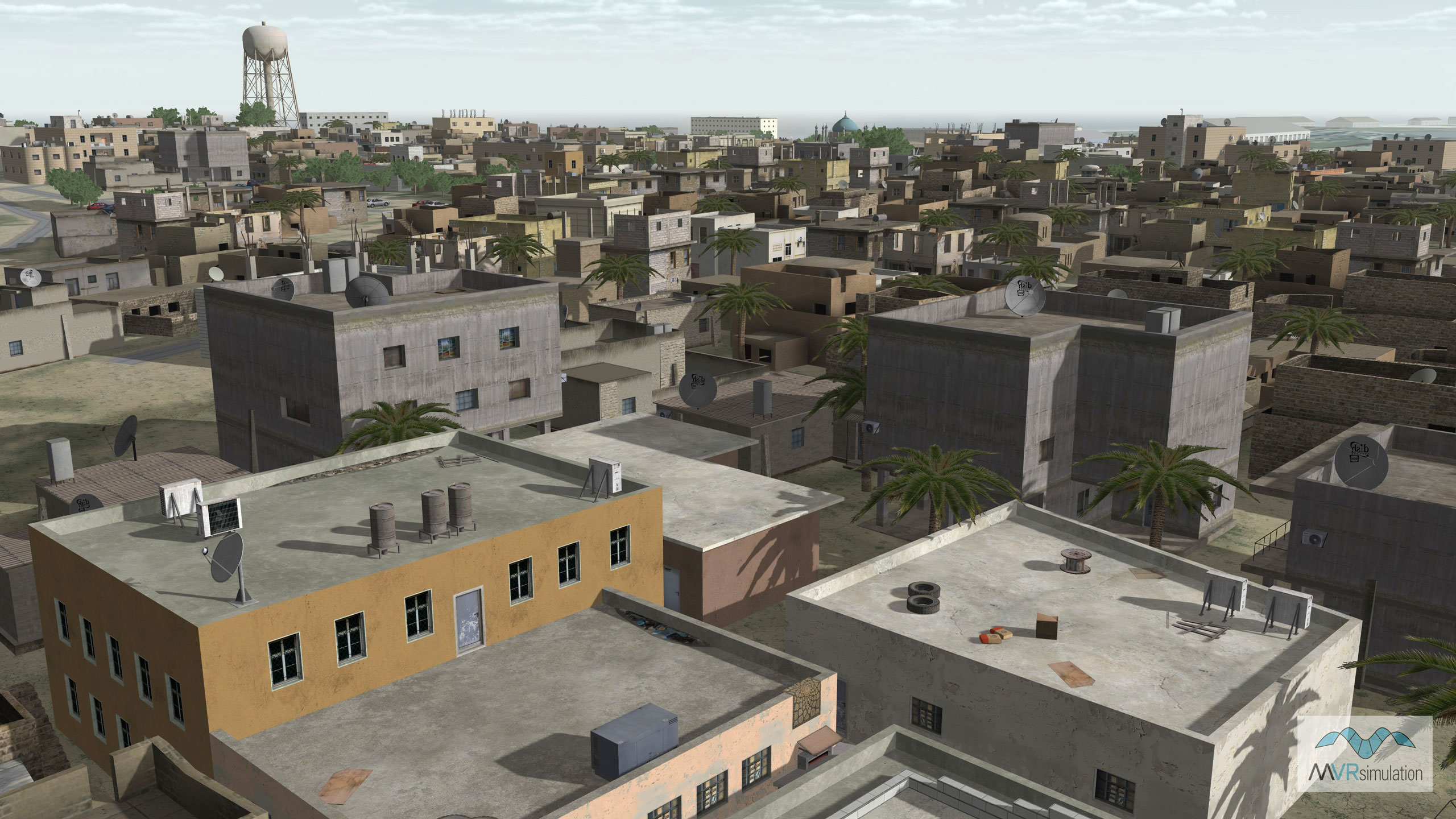 The terrain features 12,456 building models generated in Esri CityEngine, extruded with height data from OSM building footprints. Where building footprints were lacking or highly inaccurate, geotypical Middle Eastern buildings from VRSG’s culture model libraries were placed on the terrain for a seamless transition to the CityEngine areas. By doing so, this technique enables users to create scenarios in areas where more detail can be seen in the building models while having a city populated with thousands of extruded buildings surrounding them.

This new Tripoli terrain dataset was built for and delivered to a customer for use in MQ-9 UAS training.

This Tripoli, Libya, 3D terrain dataset, built with Terrain Tools in MVRsimulation’s round-earth VRSG terrain format, for rendering in VRSG, is available as part of MVRsimulation’s Africa terrain drive to all customers who are on active VRSG software maintenance and are US Government agencies or contractors (for official use only). The Africa terrain dataset is delivered on an external hard drive. (A nominal fee covers the processing of large quantities of data in the VRSG terrain format and the hard drive distribution media.) The Tripoli terrain dataset can be viewed only with a valid VRSG version 7.0 or above software license with active software maintenance.