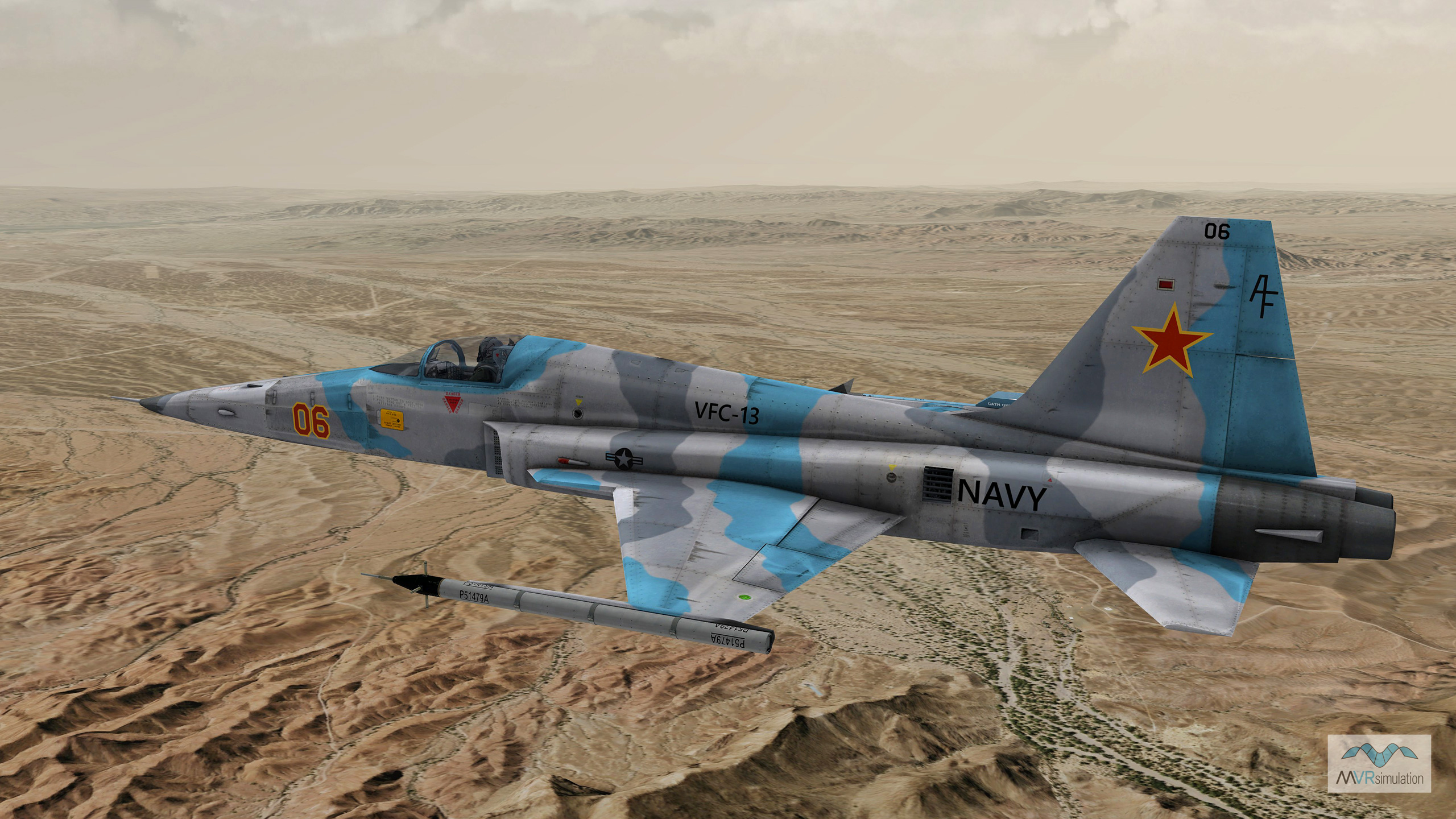 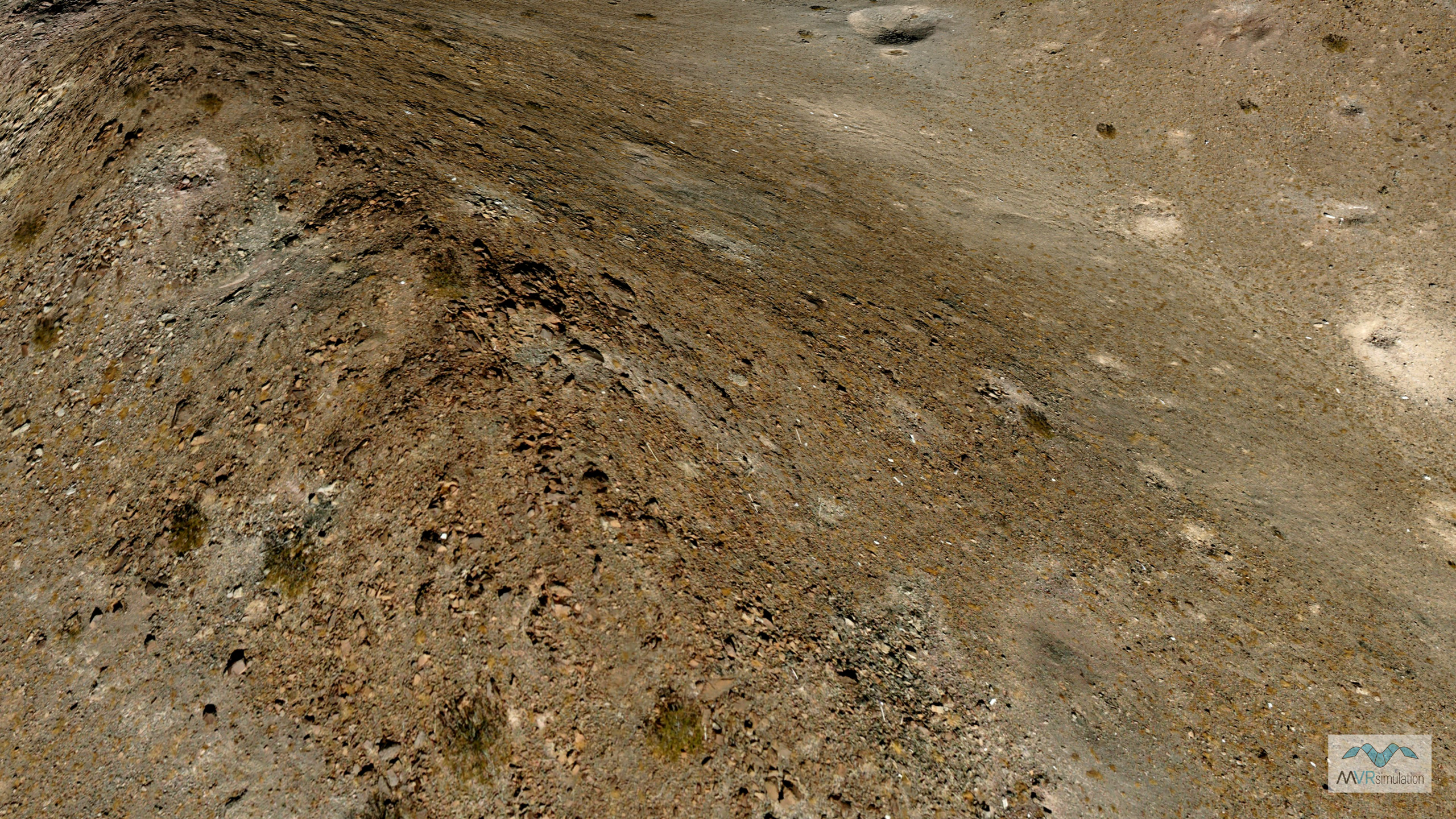 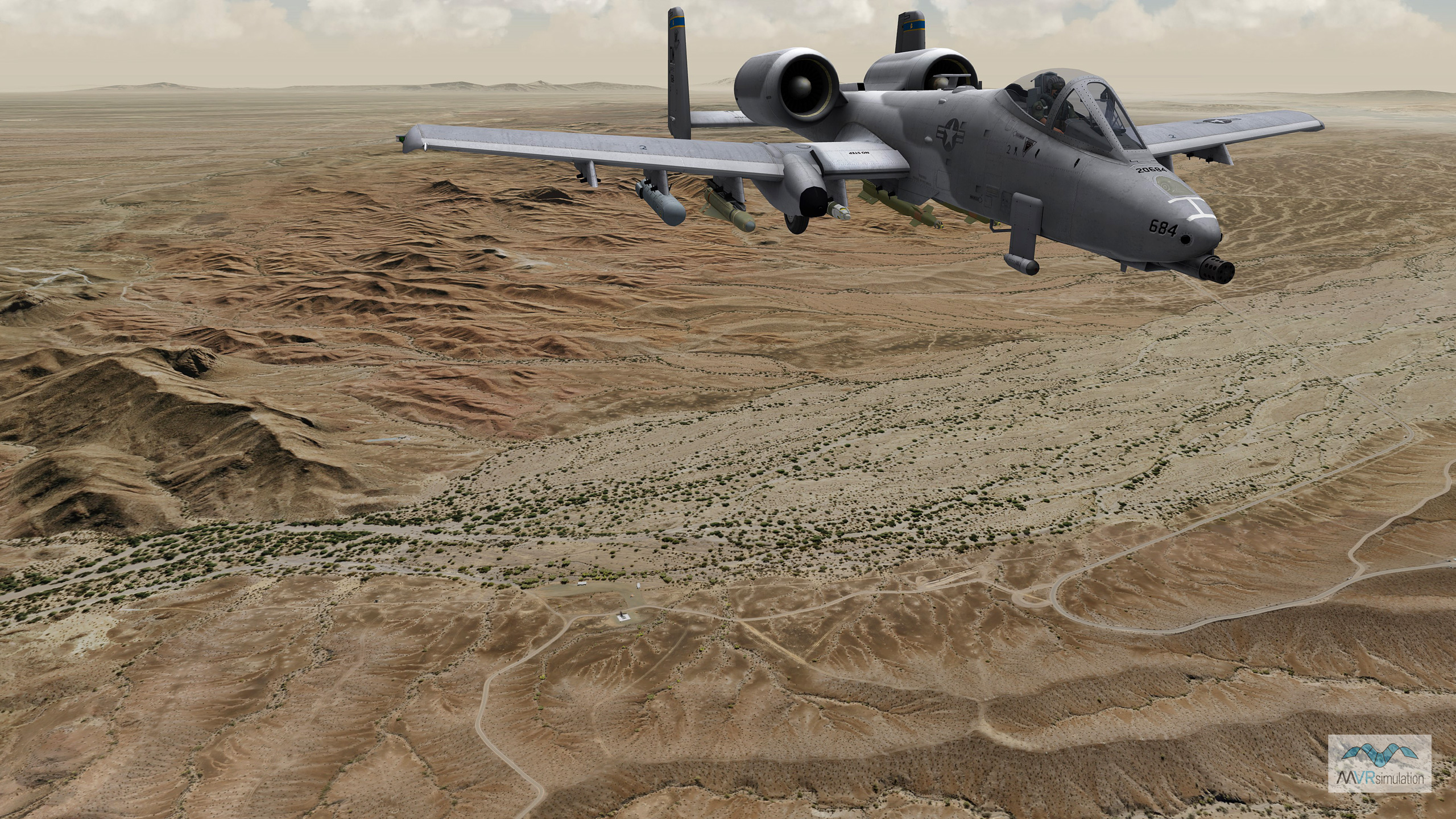 MVRsimulation real-time scene of an A-10 entity in flight over the virtual Prospect Square area of the Yuma Proving Ground 3D terrain. 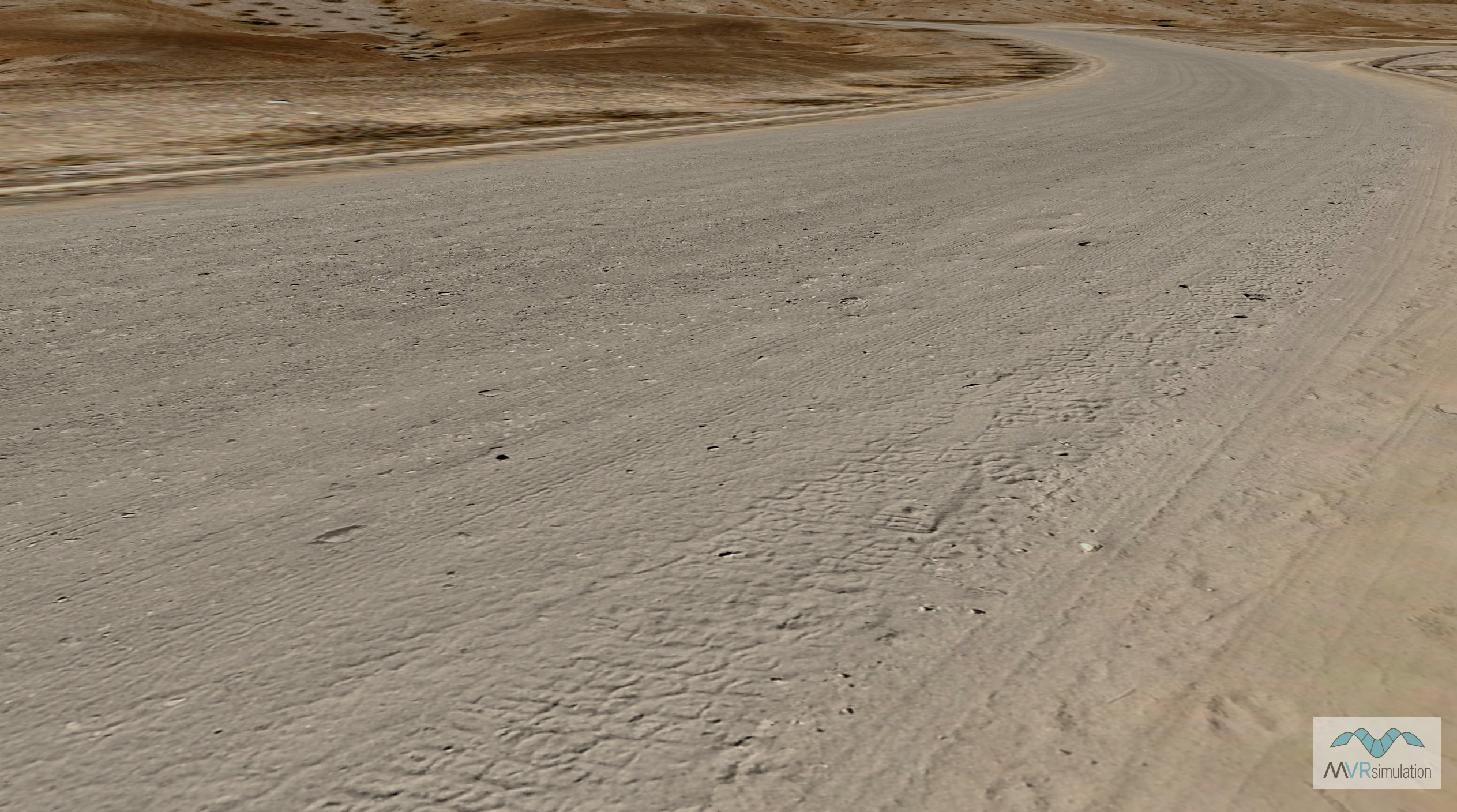 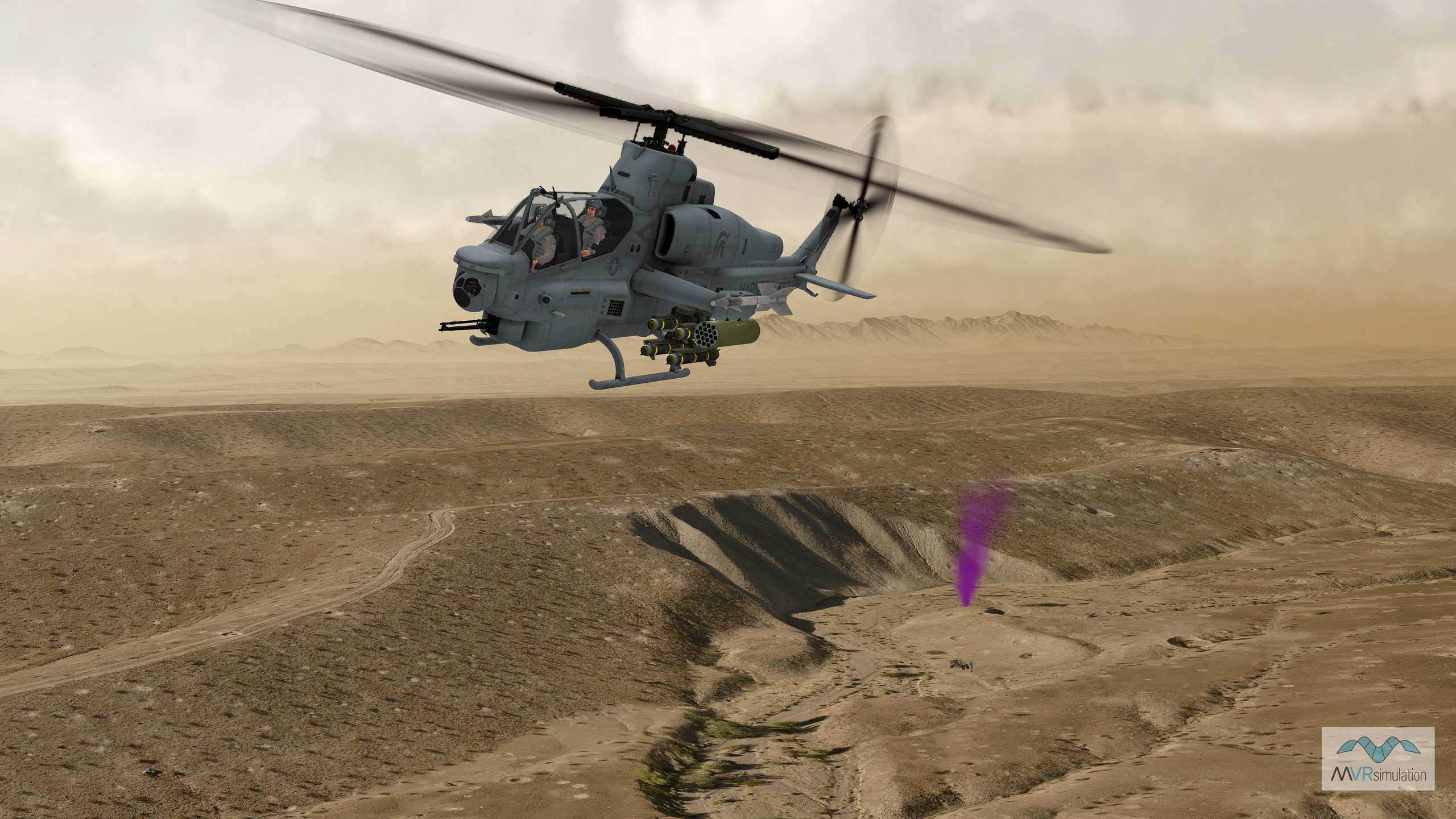 MVRsimulation real-time scene of an AH-1Z entity in flight over the virtual Prospect Square area of the Yuma Proving Ground 3D terrain. 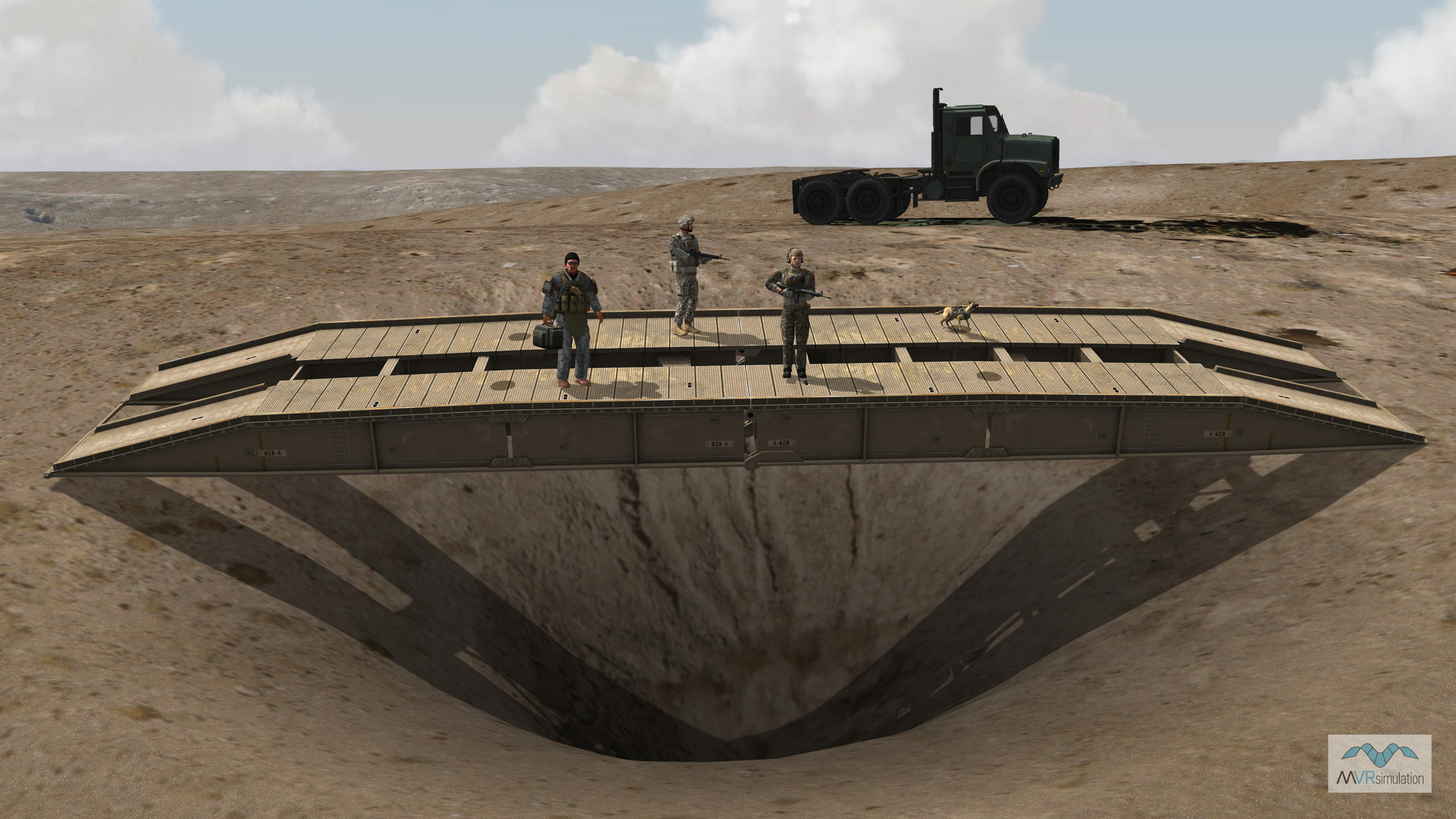 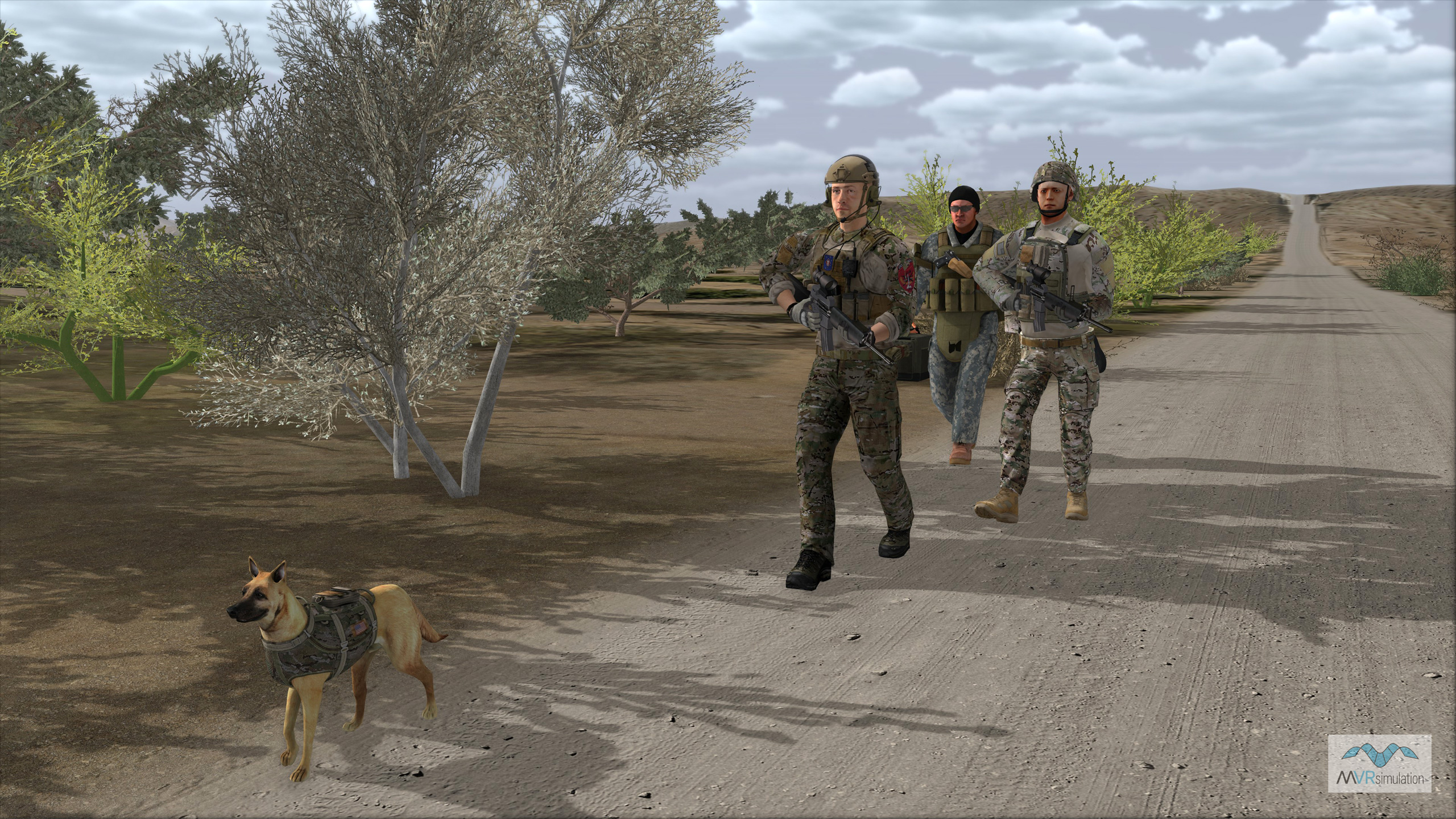 MVRsimulation real-time scene of a JTAC team on the virtual terrain of Yuma Proving Ground. 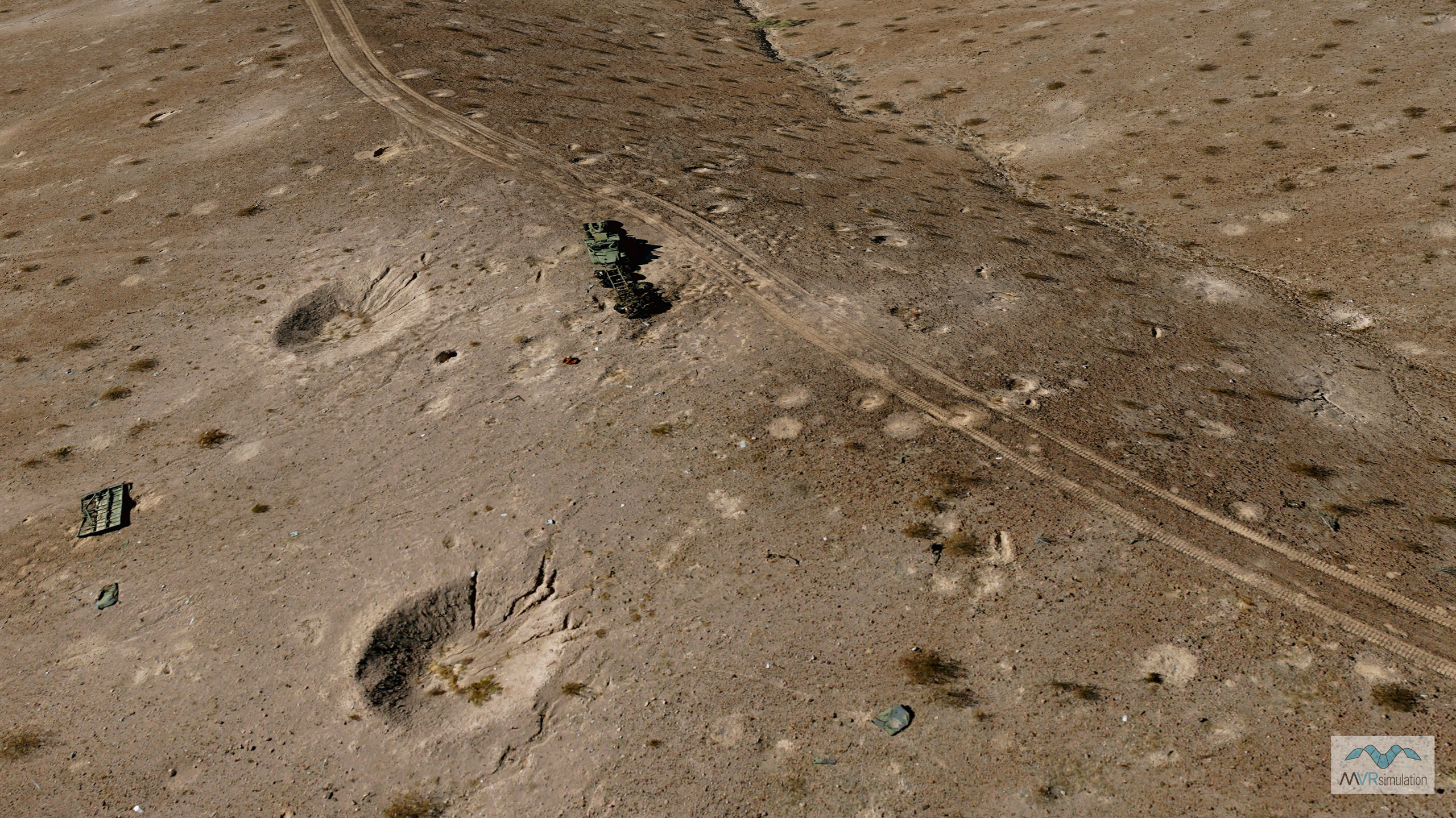 MVRsimulation VRSG real-time rendering of the 2 cm resolution virtual Prospect Square area at the Yuma Proving Ground, AZ. Details such as craters left from the impact of various munition types are evident in both the imagery and elevation data.

The terrain, built in MVRsimulation's round-earth VRSG terrain format with MVRsimulation Terrain Tools for Esri® ArcGIS®, includes a replica of the SOTACC Village training site. The 2 cm resolution 3D terrain is blended with the overall YPG 3D terrain, which was built from 30 cm imagery of YPG and 2 to 10 meter elevation. The total area of YPG imagery coverage is 57 sq km. Underlying virtual Yuma Proving Ground is MVRsimulation's CONUS ++ terrain, which was built with 1 meter per-pixel terrain imagery and DTED-1 elevation data.

At 2 cm resolution, details such as helicopter landing areas, vehicle targets, and small craters left from exploded ordnance are visible on the terrain and bullet holes are visible on targets. Content at this level of detail can be relevant and specific to various kinds of ground-level or air to ground simulation training.

Another culture area of interest on the YPG terrain is the modeled Laguna Army Airfield, which MVRsimulation also built with 30 cm per-pixel imagery, and contains a geospecific runway, runway lights, runway signs, two geotypical hangars, and other cultural features.

Situated in southwestern Arizona, near the Arizona-California border in the Sonoran Desert, YPG is one of the largest military installations in the world, spanning 3,387.2 km². This multiple purpose test facility, the U.S.’s premier test facility, is part of the U.S. Army Test and Evaluation Command. Apart from the U.S., ten other nations use YPG for testing.  Specific proving ground capabilities include testing of: artillery, mortars, mines, ground and aircraft weapons, target acquisition and fire control systems, wheeled and tracked vehicles, and air delivery material, equipment, and techniques. The facility also contains a military reservation where weapon systems and military technology are tested.

The Yuma Proving Ground terrain dataset is available on MVRsimulation's CONUS ++ Southwestern region 3D terrain. The CONUS++ 3D terrain, in round-earth VRSG terrain format, is available for purchase to all customers who are on active VRSG software maintenance and are US Government agencies or contractors (for official use only). For US-domestic use only, not available for export. The terrain can be viewed only with a valid VRSG version software license with active software maintenance.