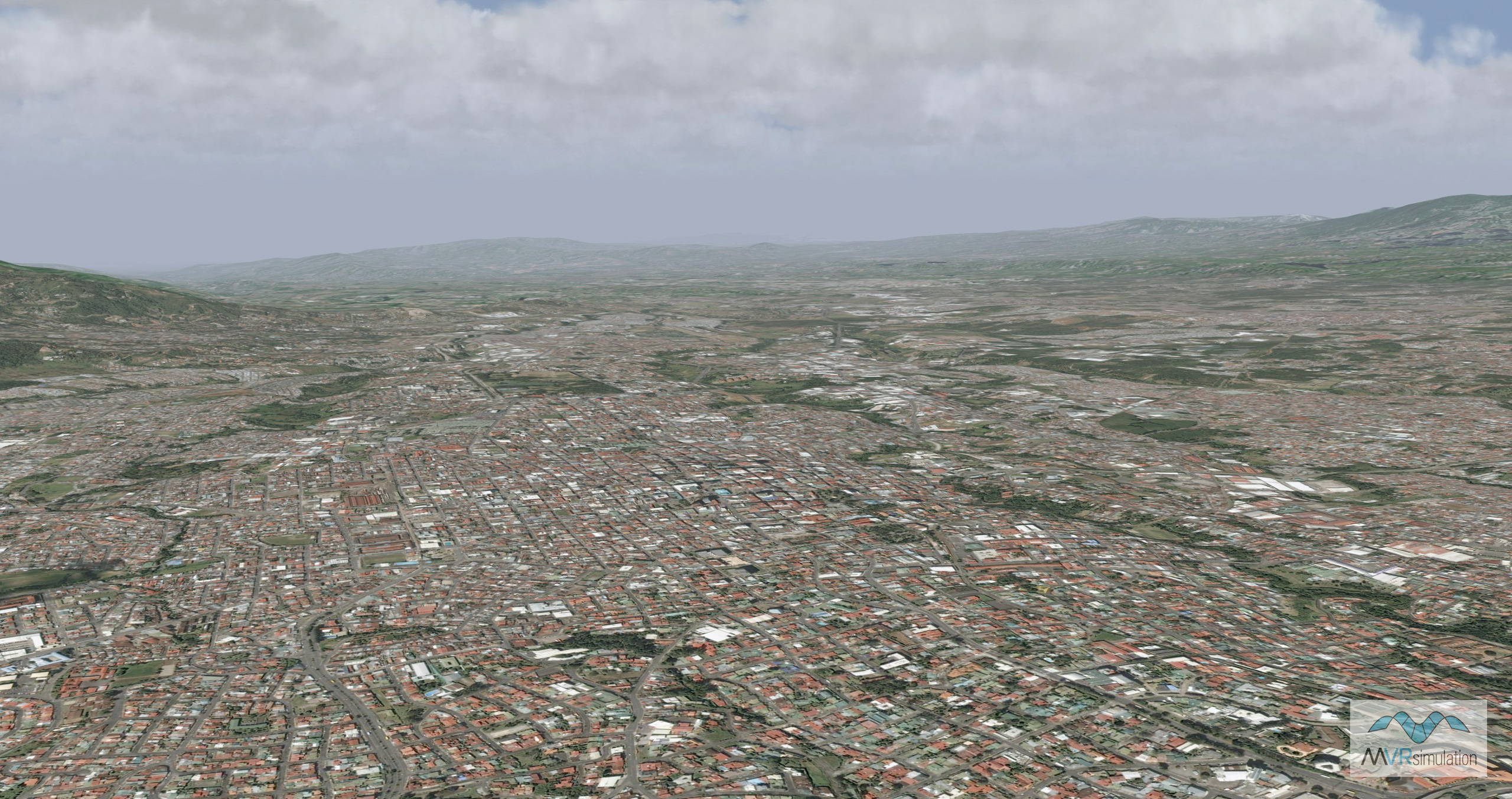 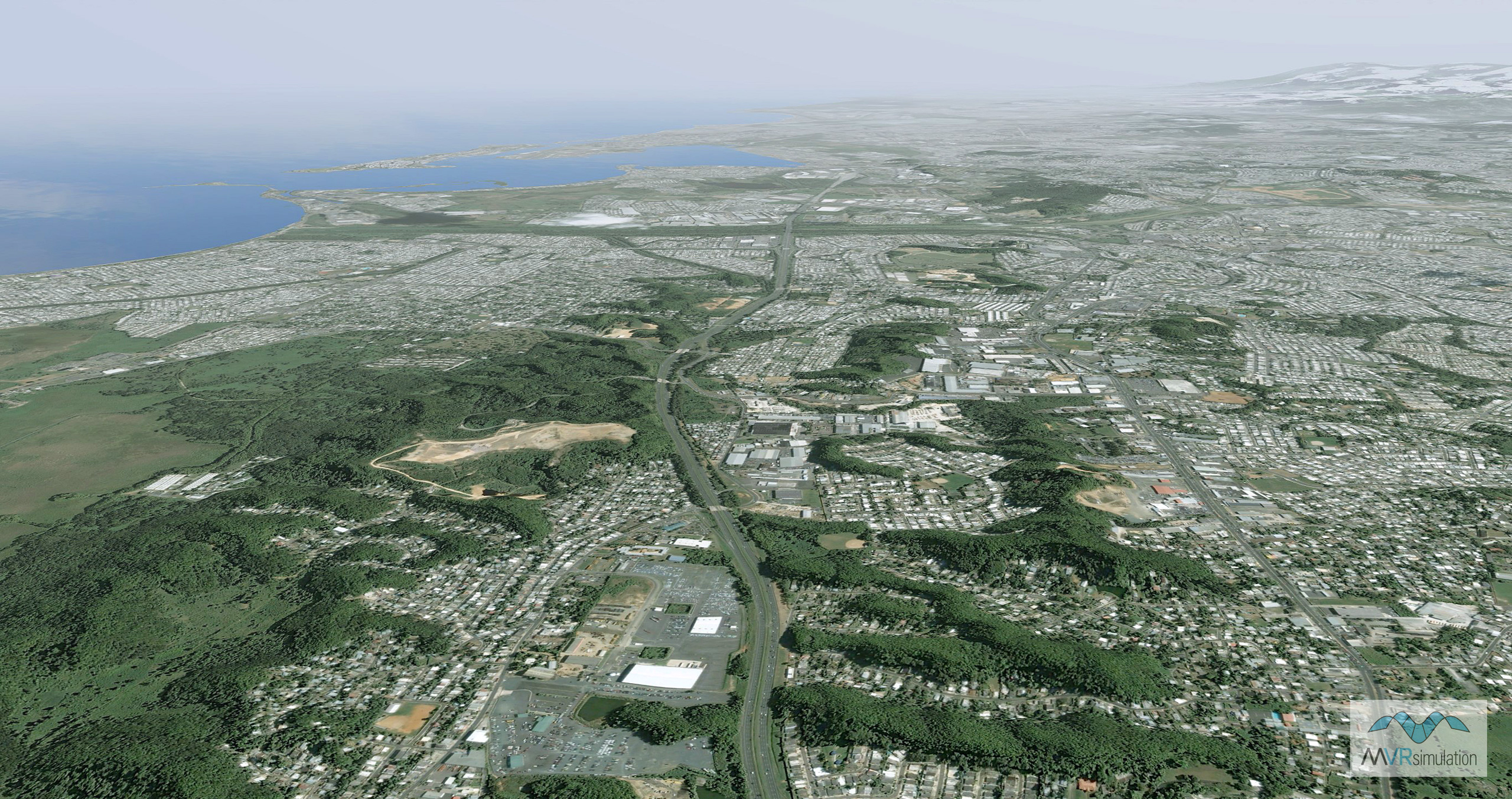 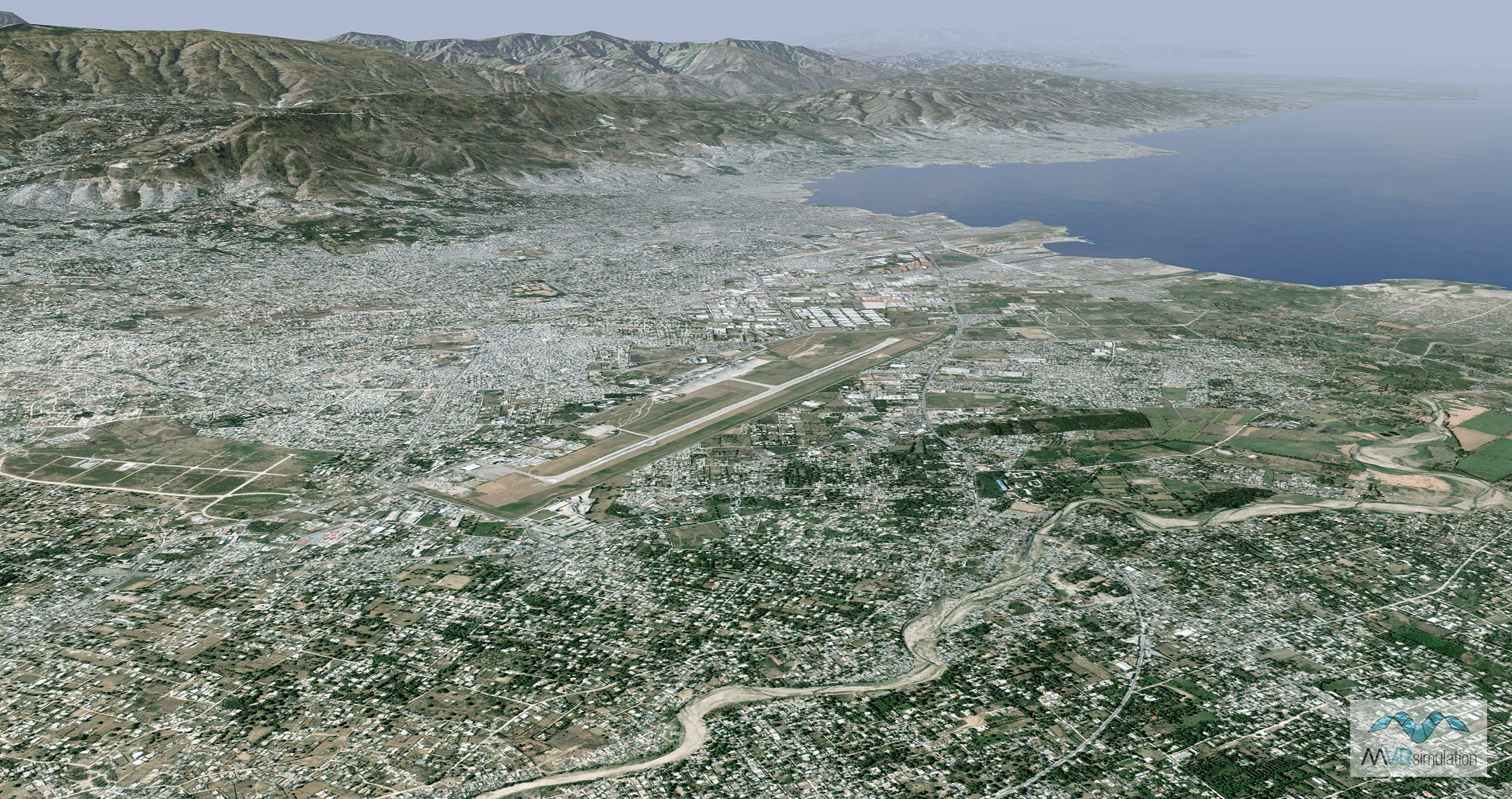 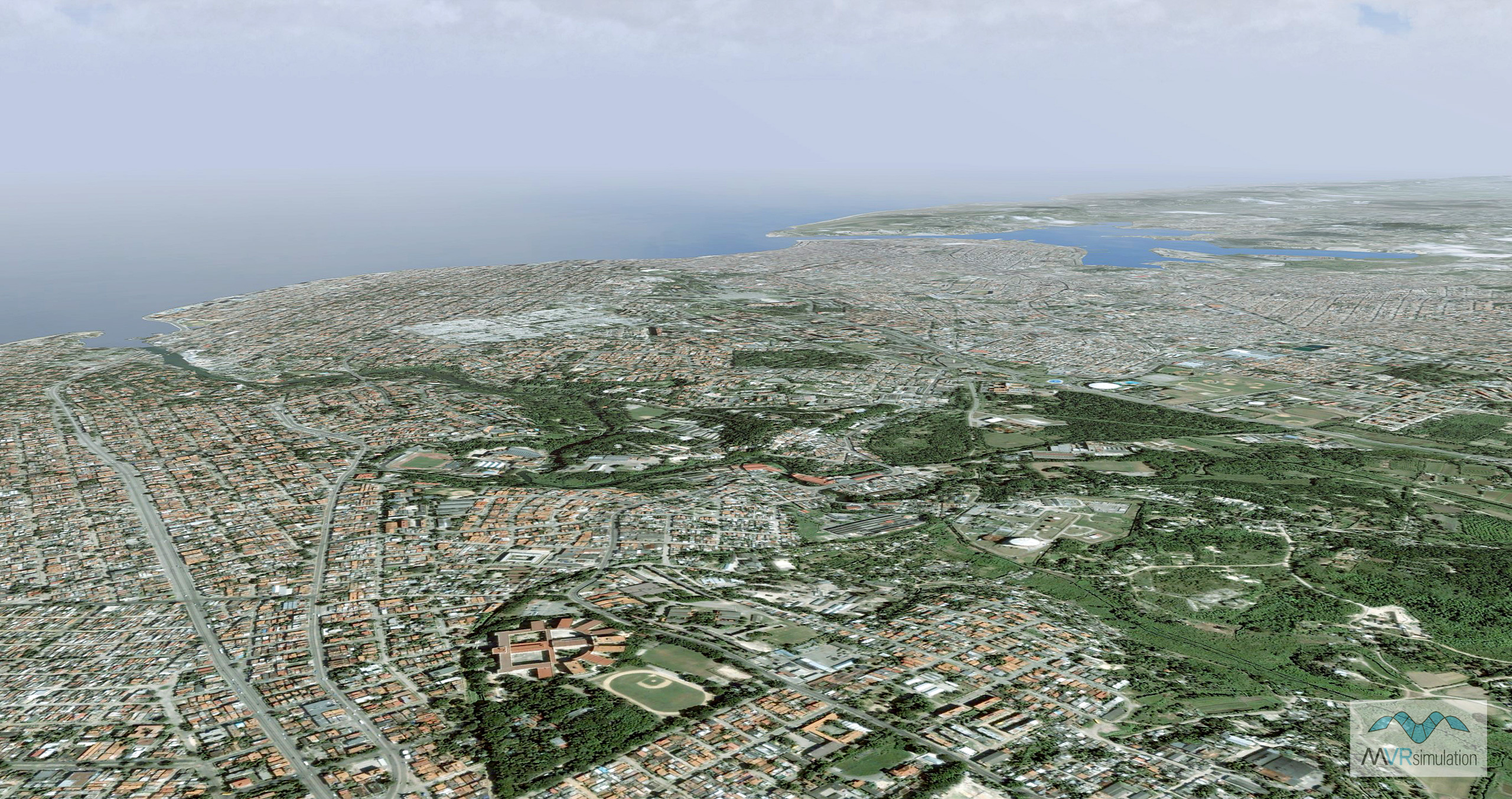 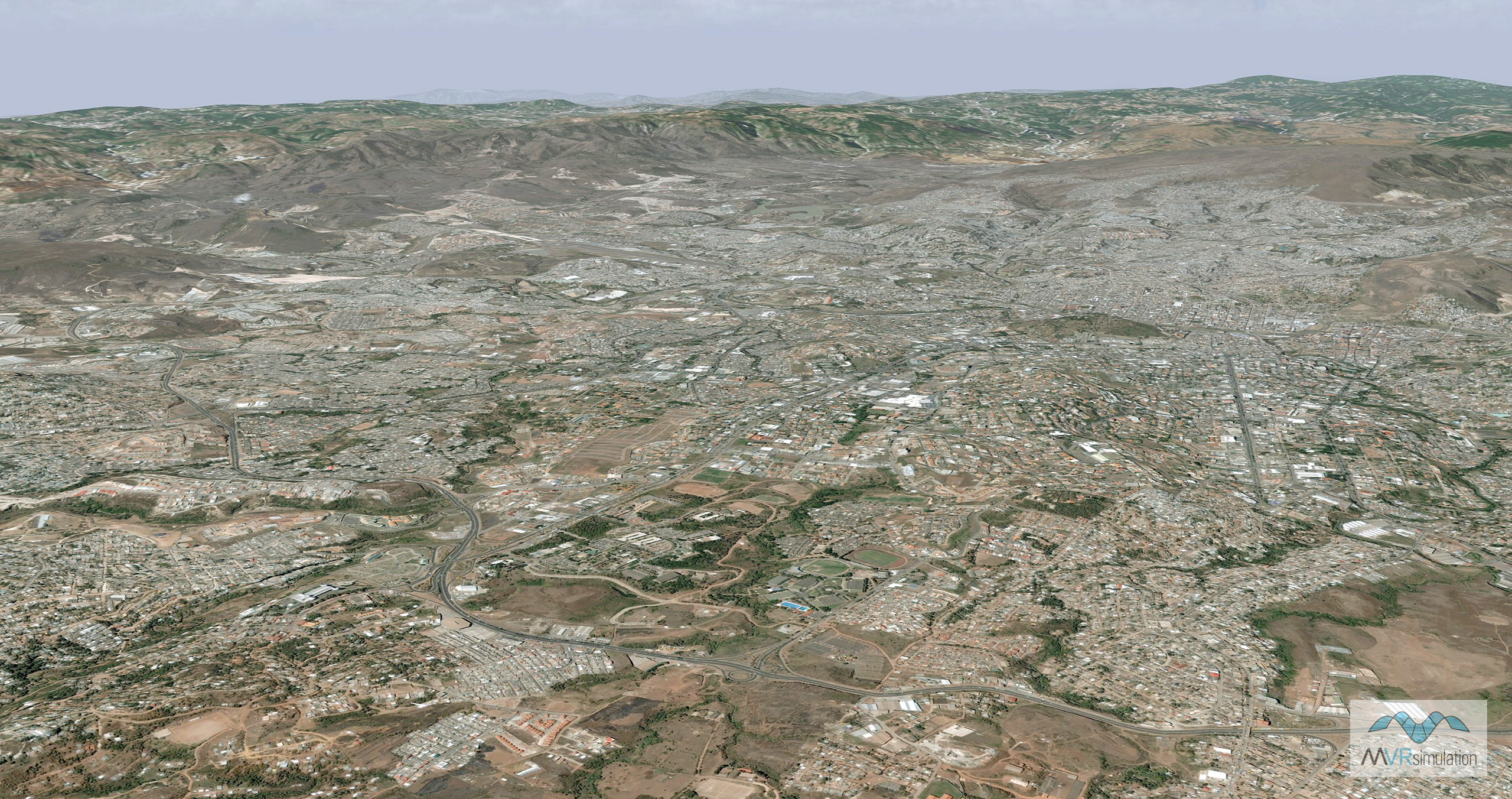 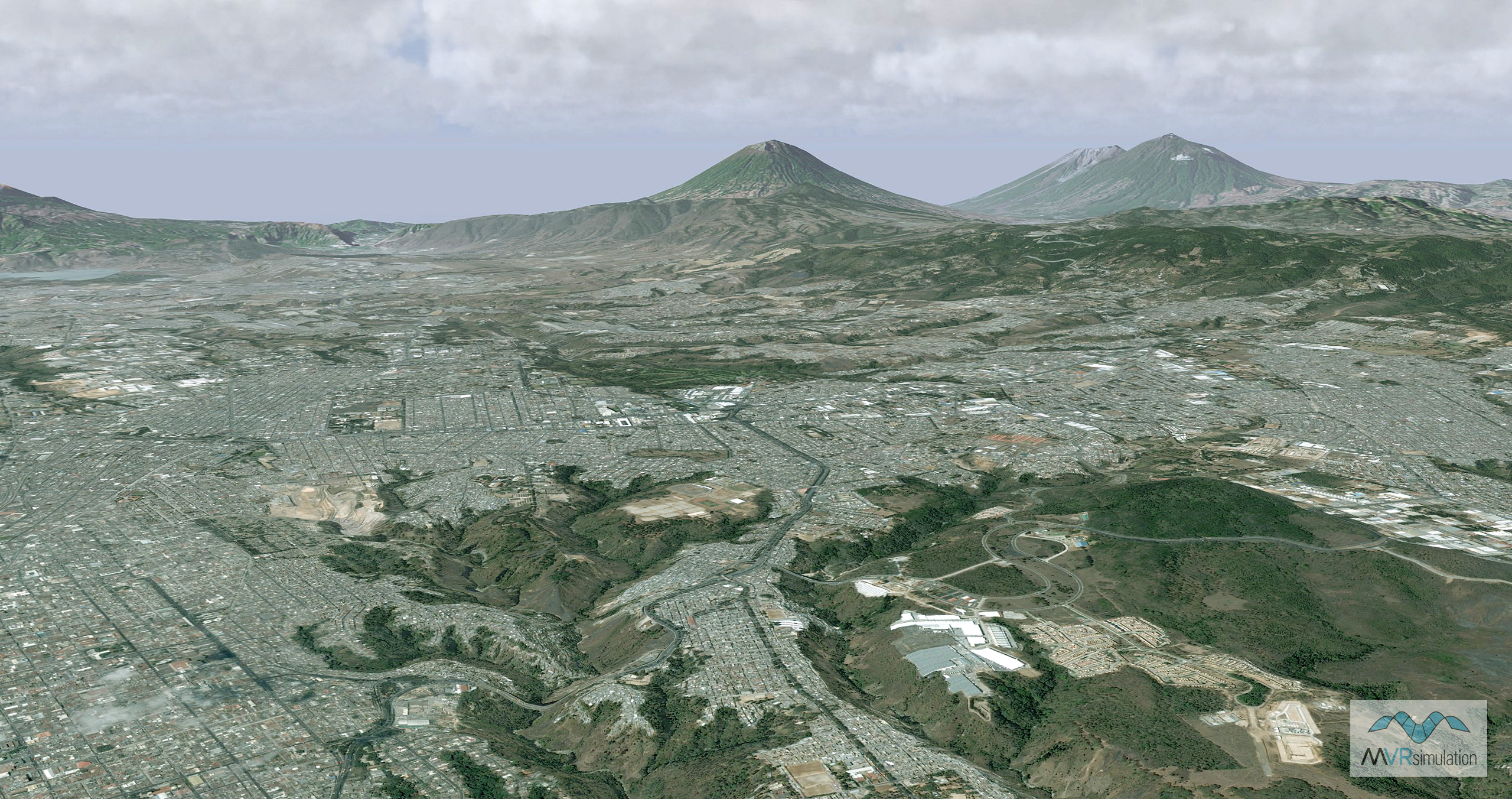 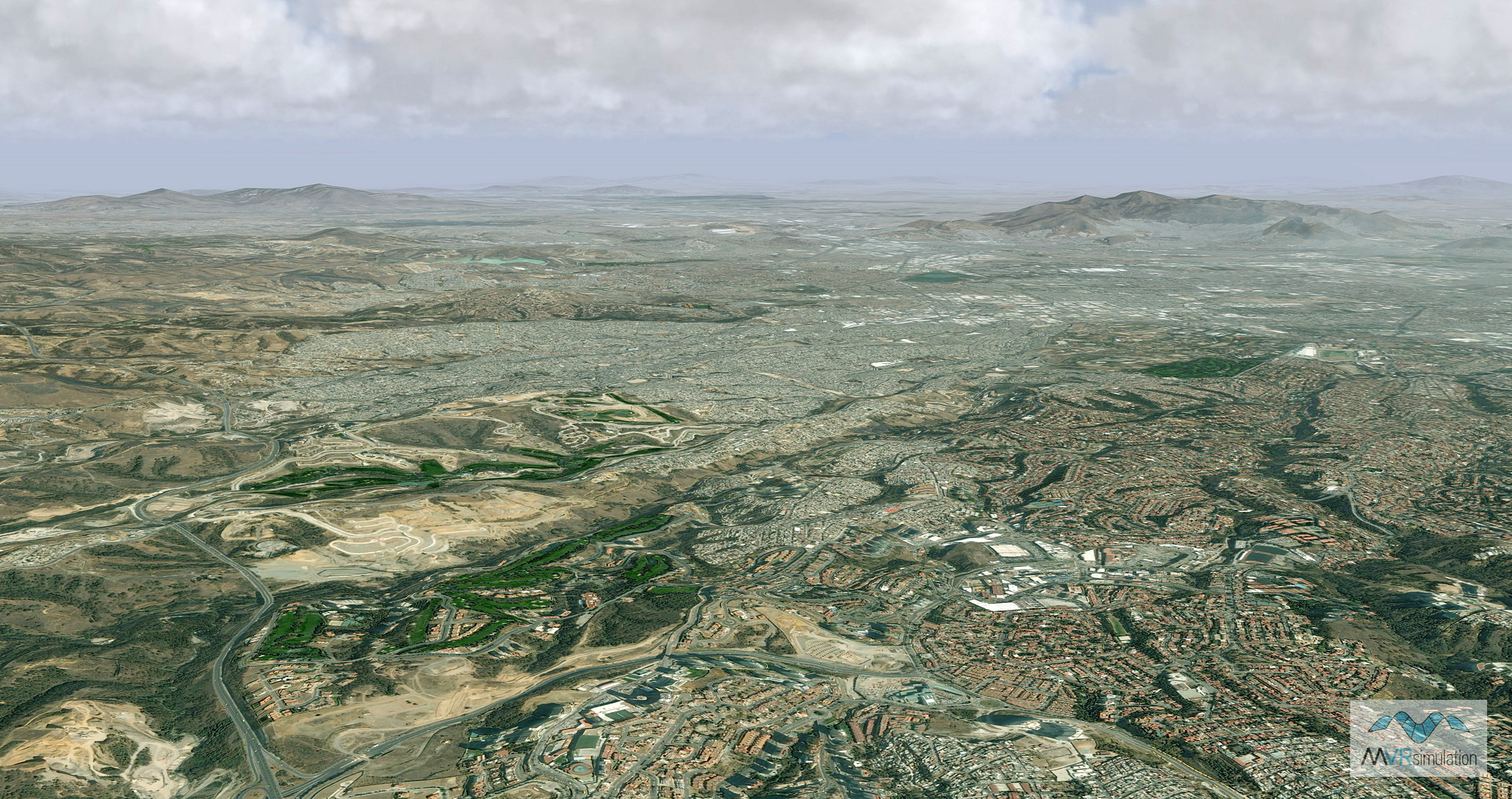 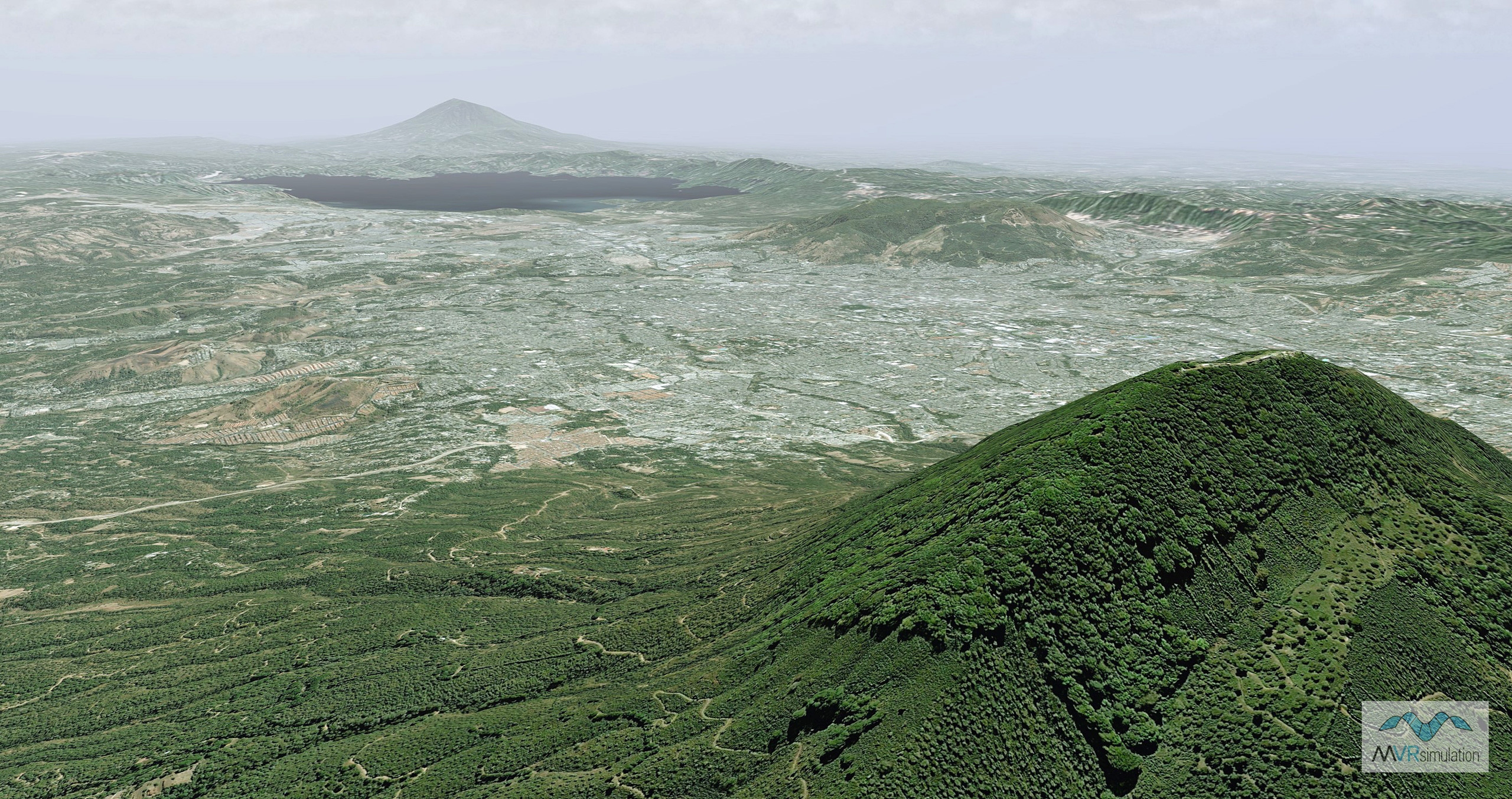 Note: Descriptions of terrain drives that contain 1 meter mpp resolution virtual terrain of regions of Continental US plus Alaska and Hawaii (CONUS++) can be found here.

These tiles, which  reside in a geocentric coordinate system. are suitable for real-time visualization and simulation applications such as synthetic vision, glass-cockpit displays, intelligence surveillance, and reconnaissance (ISR) applications, close-air-support (CAS) exercises, and fixed-wing cockpit simulation.

The North America 3D terrain is "Additional Materials" and is provided "as is" as described in our license agreement.  Although MVRsimulation might modify or enhance the original source imagery, some visual artifacts from the source imagery might remain in the terrain tiles. 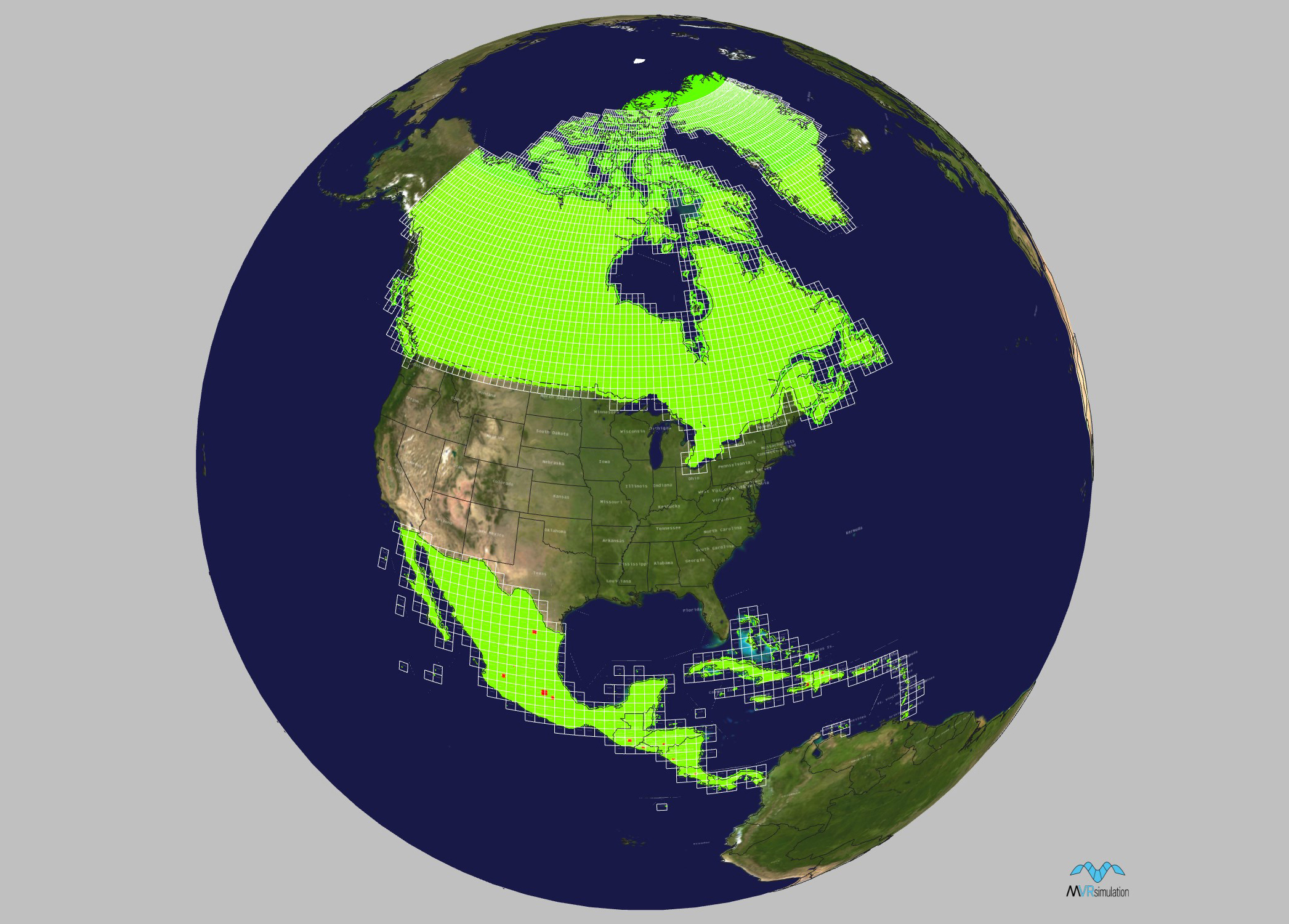 MVRsimulation's North America 3D terrain is available for purchase to customers who are US Government agencies or contractors (for official use only). Customers can duplicate the data at their discretion as long as the data is used in conjunction with a valid VRSG license.

You can request a quote for this 3D terrain directly from MVRsimulation by consulting the price list and then filling out the quote request form.