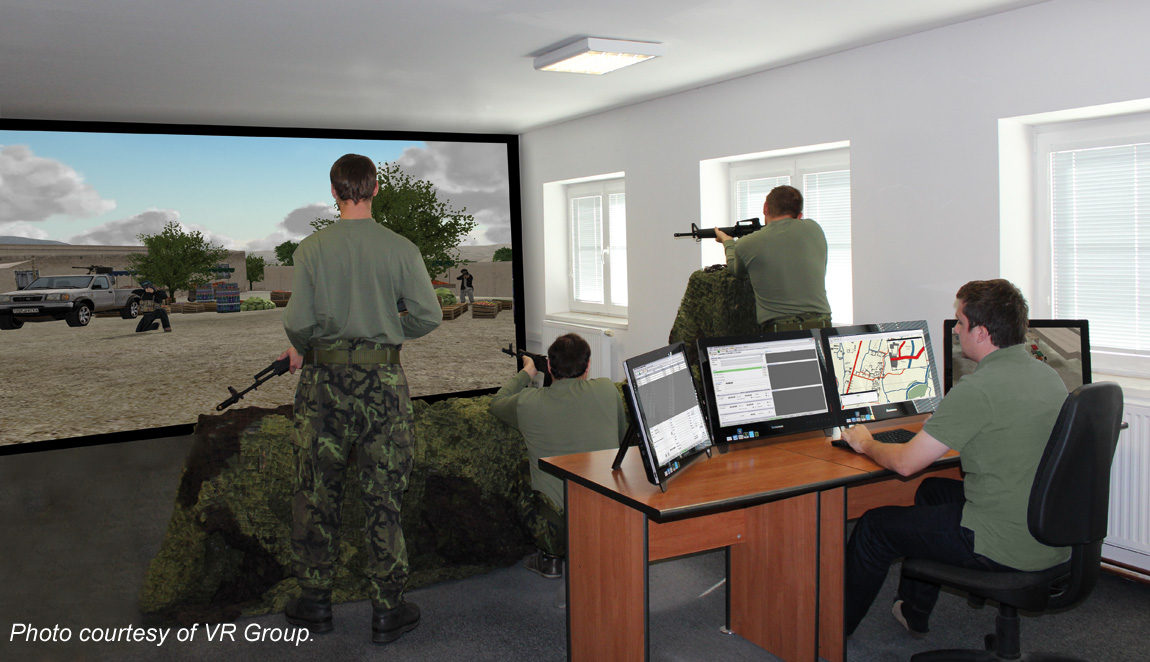 First responder STING small-arms shooting simulator, which was recently built and installed by VR Group at the Academy of the Armed Forces of Milan Rastislav Stefanik in Liptovsky Mikulas, Slovakia. Photo courtesy of VR Group.

The Academy of the Armed Forces of Milan Rastislav Stefanik in Liptovsky Mikulas, Slovakia, uses MVRsimulation VRSG in the STING indoor shooting simulator. This small-arms shooting simulator was built and installed by VR Group, a leading Czech provider of comprehensive training solutions. VR Group  purchased 28 VRSG licenses to use at the Academy in the STING, and in other VR Group’s other simulators at the Academy which also use VRSG: the Reconfigurable Virtual Simulator (RVS) tactical training for ground vehicle crew, and the Team Leader Simulator (TLS) tactical training for a squad of first responders units (firefighters, paramedics, and police).

The STING system, designed for intensive shooting and tactics training of first responders (police officers and firefighters), enables up to six trainees to train at a time, firing six weapons (such as M4 rifles, Glock 17 pistols) simultaneously. A shot fired by a trainee is simulated by a laser beam and is followed by evaluation of the hit and its impact on the area as well as identification of the shooter. VRSG is used with two projectors to visualize geotypical training databases built by VR Group. The system is part of simulation virtual environment that can be extended to include VR Group’s other simulators at the Academy for tactical mission training.

VR Group has used MVRsimulation visuals in its military simulators for 20 years in their ground forces tactical simulators, most notably for the Czech Armed Forces at the Centre of Simulation and Training (CSTT) in Brno and Vyskov. VR Group a.s. is a Czech Republic-based developer, producer, and supplier of complex training and simulation solutions for the Czech Armed Forces, security departments, and crisis management authorities.