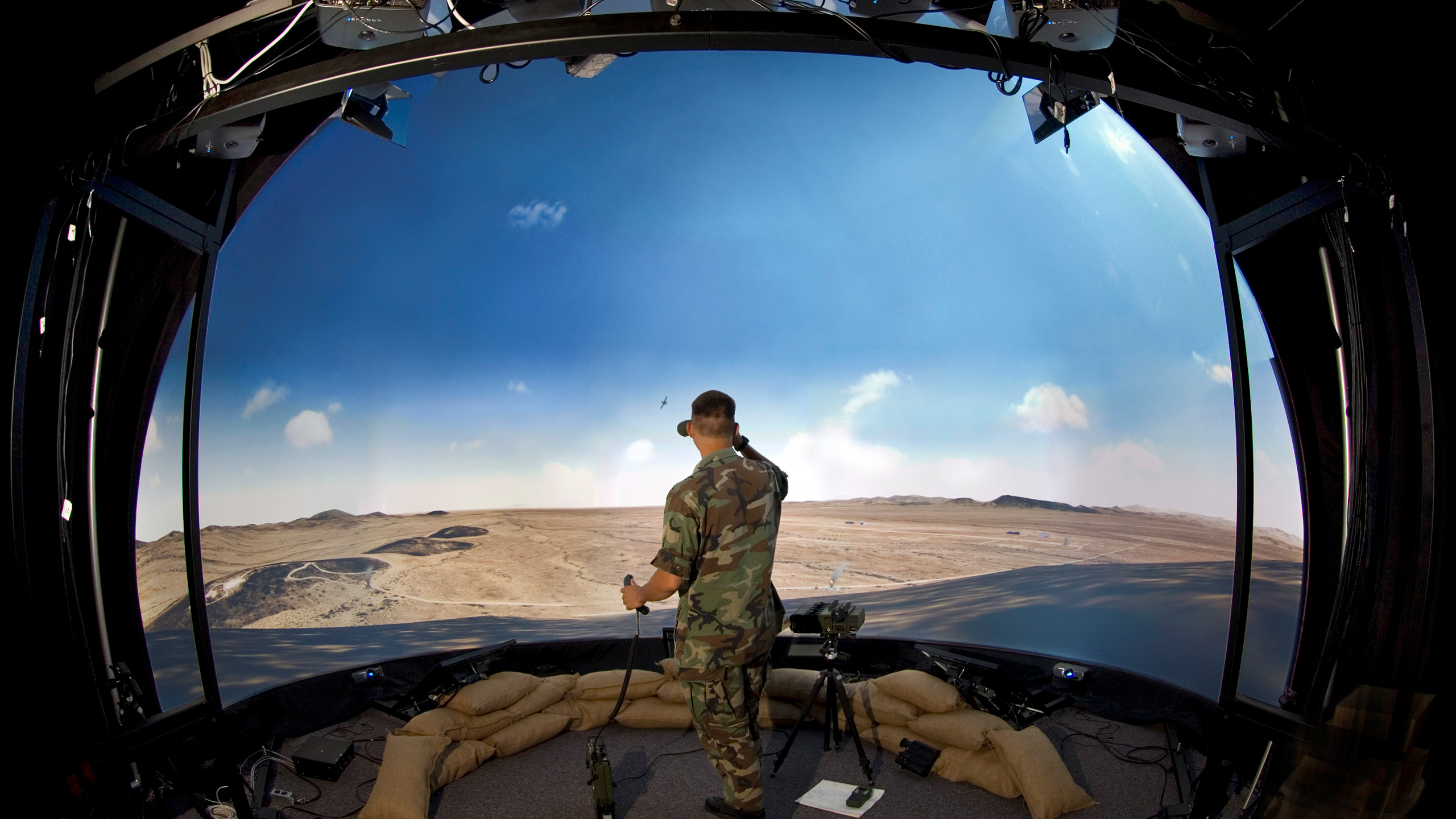 Since 2007, the Air Force Research Laboratory (AFRL) Warfighter Readiness Research Division, 711th Human Performance Wing, at Wright Patterson Air Force Base (AFB) has used MVRsimulation Virtual Reality Scene Generator (VRSG) in its JTAC training research in three JTAC dome training systems. These three systems, called Joint Terminal Attack Controller Training Rehearsal System (JTAC TRS), were developed and installed in 2007 at the AFRL site in Mesa, AZ, and then moved to Wright-Patterson AFB in 2012. The simulators are the precursors to the next generation JTAC dome training systems currently fielded or in production today. The dome systems provide AFRL with the testbed capability to continue the research and development for training in all facets of CAS and joint fires.

The JTAC TRS simulator built by Lockheed Martin, uses 19 VRSG channels, 14 of which are for the dome itself. There are 7 VRSG channels for 360-degrees around the bottom half of the dome, and another 7 channels for the top half of the dome. The remaining VRSG channels are used for various emulated hand-held command and control (C2) devices inside the dome (binoculars, laser range finders, and so on), a sound channel, and a single AAR/stealth channel. The DIS/HLA compliant system interoperates with legacy systems and provides the capability to network with other air and ground simulators, including simulators of the A-10 program.