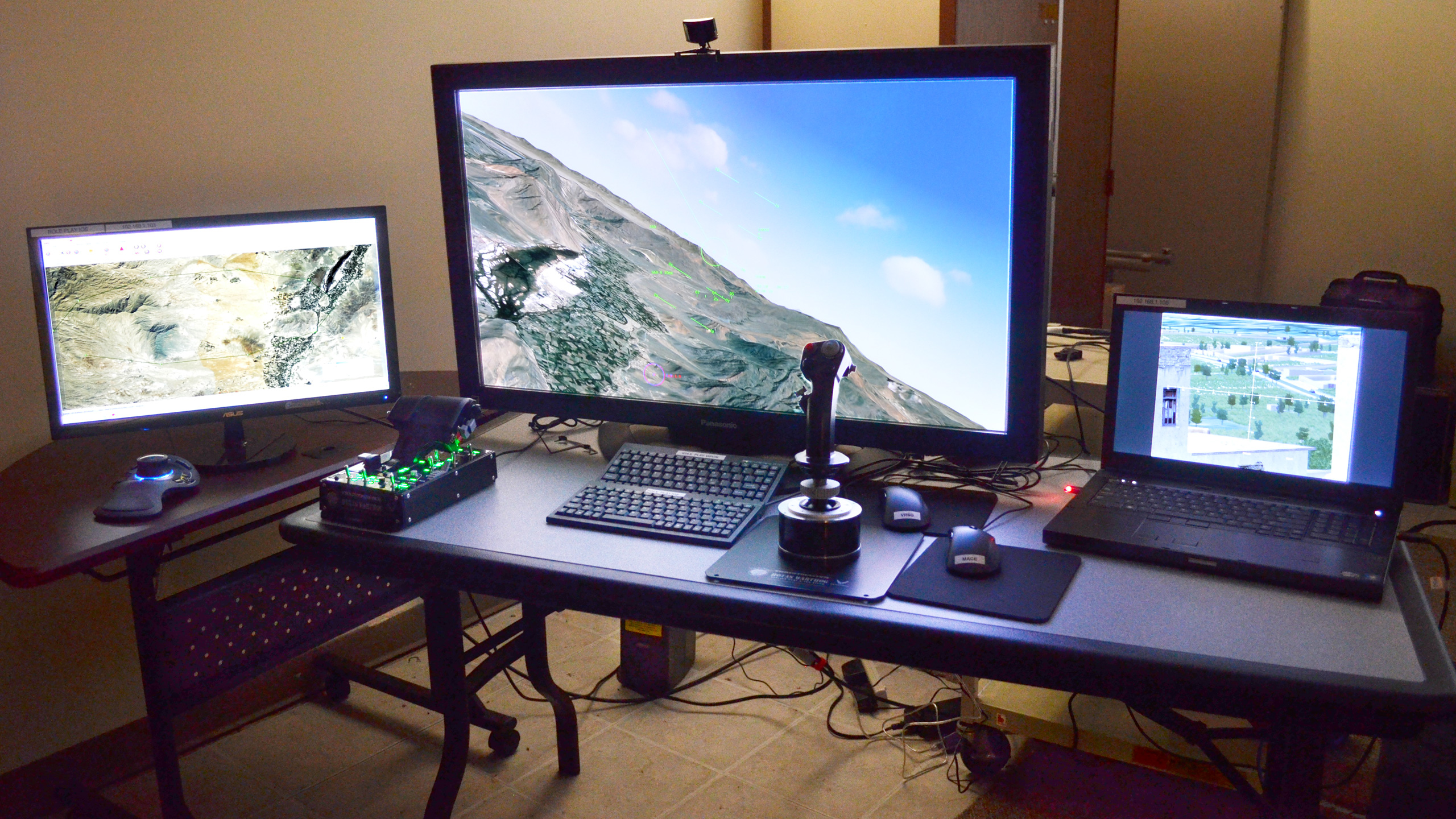 Role player setup of the desktop JTAC simulator at Hurlburt Field with BSI MACE on the left, and MVRsimulation visuals on the plasma screen in the center and on the notebook screen on the right. (Photo courtesy of BSI.)

JTAC training sites in the US and abroad use MVRsimulation Virtual Reality Scene Generator (VRSG) and Battlespace Simulations' software in JTAC desktop simulation systems in various configurations including classrooms. Like the JTAC training dome systems, these simulation systems are accredited by the Joint Fire Support Executive Steering Committee for types 1, 2, 3 for both day and night, and for laser target designation with simulated military laser, in accordance with the JTAC Memorandum of Agreement. 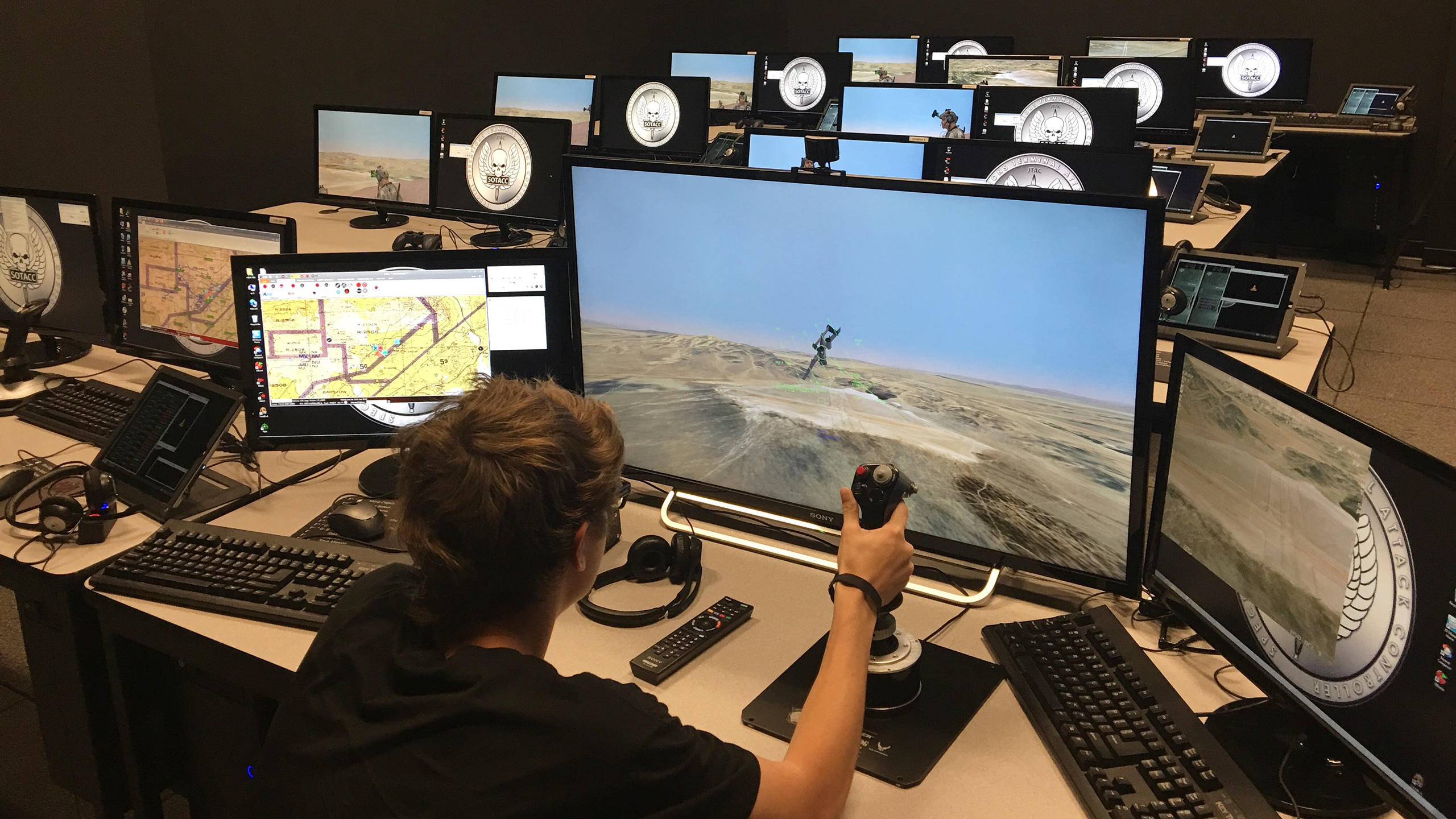 One of the two classrooms of JTAC desktop simulators at the Special Tactics Training Squadron (STTS) simulation facility at Hurlburt Field. (Photo courtesy of BSI.)

BSI was awarded an order by GB International to deliver two JTAC portable simulators to the Republic of Korea (ROK) Army Special Warfare School that include eight VRSG licenses, terrain, and models. 3D terrain of the entire Korean peninsula in MVRsimulation’s round-earth terrain format is being provided by a collaborative effort between the Simulator Database Repository at Kirtland Air Force Base and the Joint Close Air Support (JCAS) Section of the Joint Staff, Joint Fires J6 division. The BSI JTAC simulators include an instructor station, student station, communications suite (with radios, ROVER feed, Defense Advanced GPS Receiver (DAGR)), and a BSI-developed emulated Laser Target Designator to provide the ROK a JTAC training system currently in use by US and NATO forces.

The simulator is designed for a classroom setup or a configuration that can easily transition to custom ruggedized cases for use in the field. In addition to VRSG, the ROK JTAC simulator uses BSI’s MACE, Viper DIS radio, Worldwide Open Street Map software, and C-EAGR emulated DAGR software. 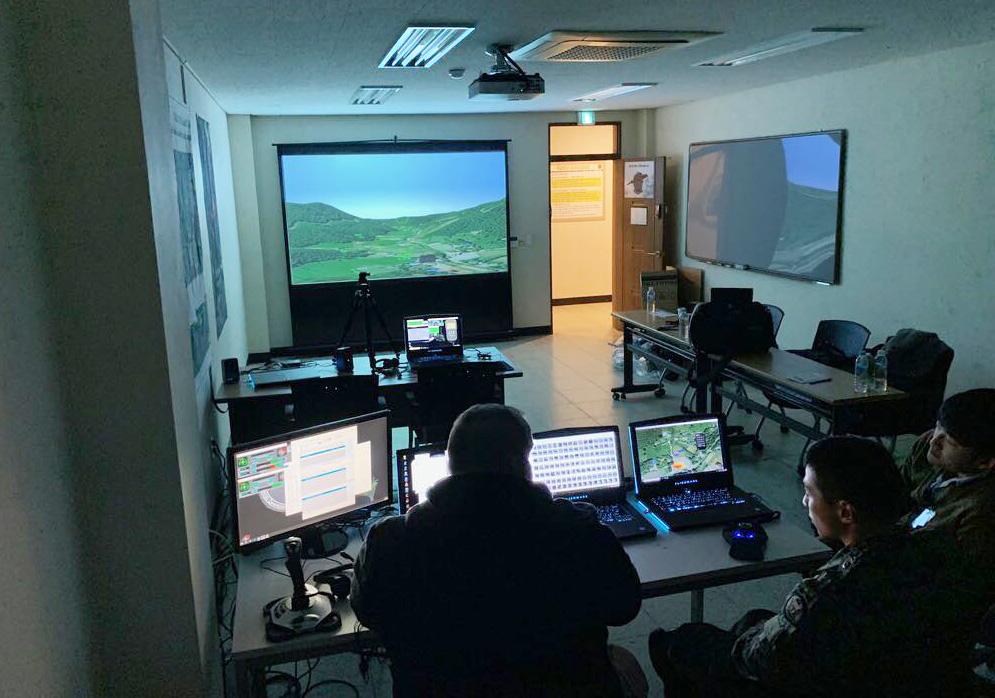 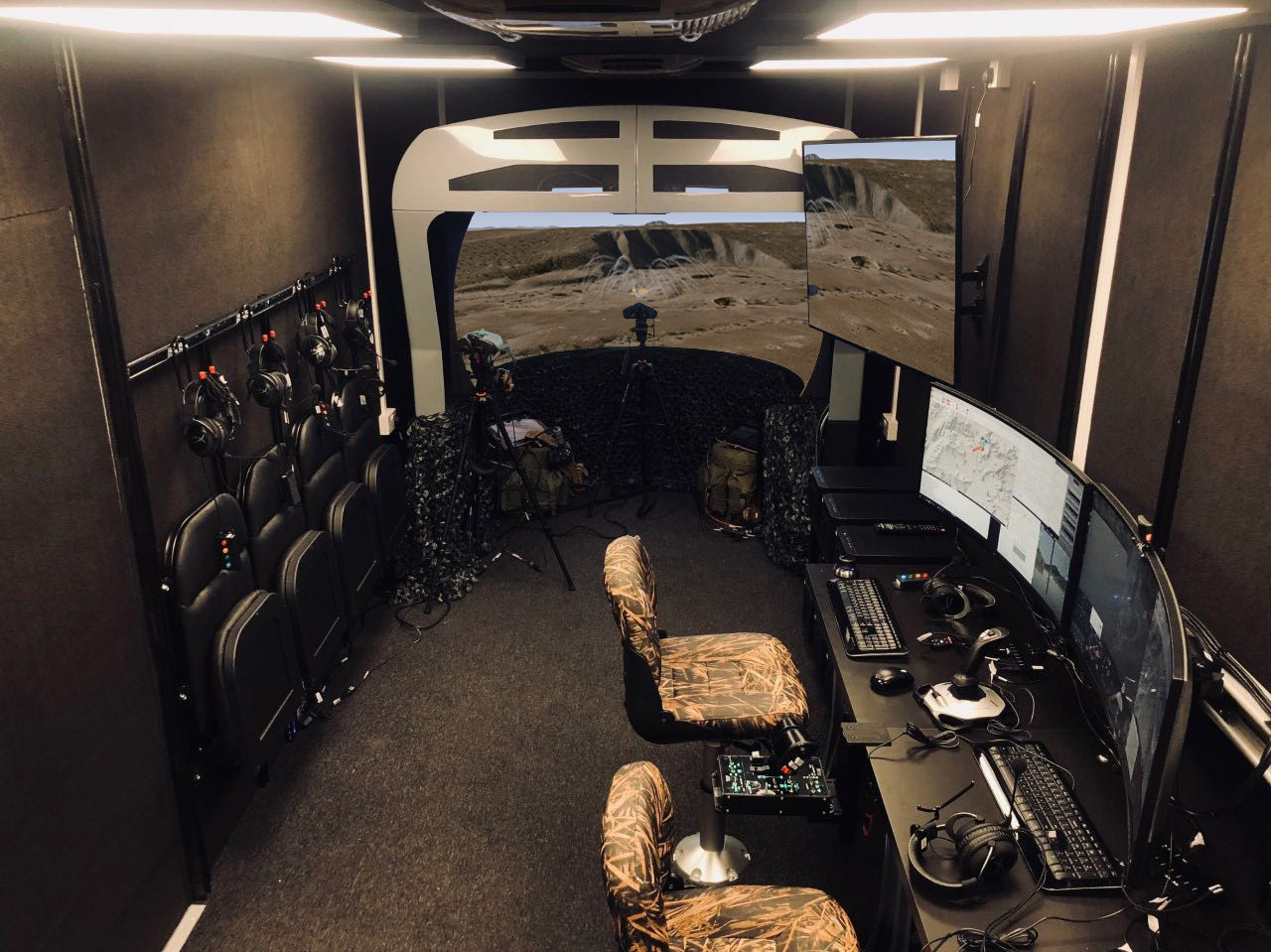 MVRsimulation visuals are part of the initial configuration of the Joint Fires Mobile Trainer (JFMT) in use by the UK Ministry of Defense for the British Army's 1st Artillery Brigade. For this contract prime contractor Elbit Systems UK partnered with QuantaDyn to provide a managed training service. The training classroom is completely self-contained within a 20 ft. trailer, and uses the same underlying technology as the abovementioned installations. This system uses IDSI's VisionStation 3 to render an immersive virtual environment. The setup includes a student station with a full suite of simulated military equipment, an instructor/operator station, a pilot or role player station, and a mission brief/after action review station suitable for a team of four. Like the JTAC training systems on which this system is based, this new mobile JTAC training facility provides fully accredited training for Type 1, 2, and 3 day and night close air support control; laser designation and call for fire training.