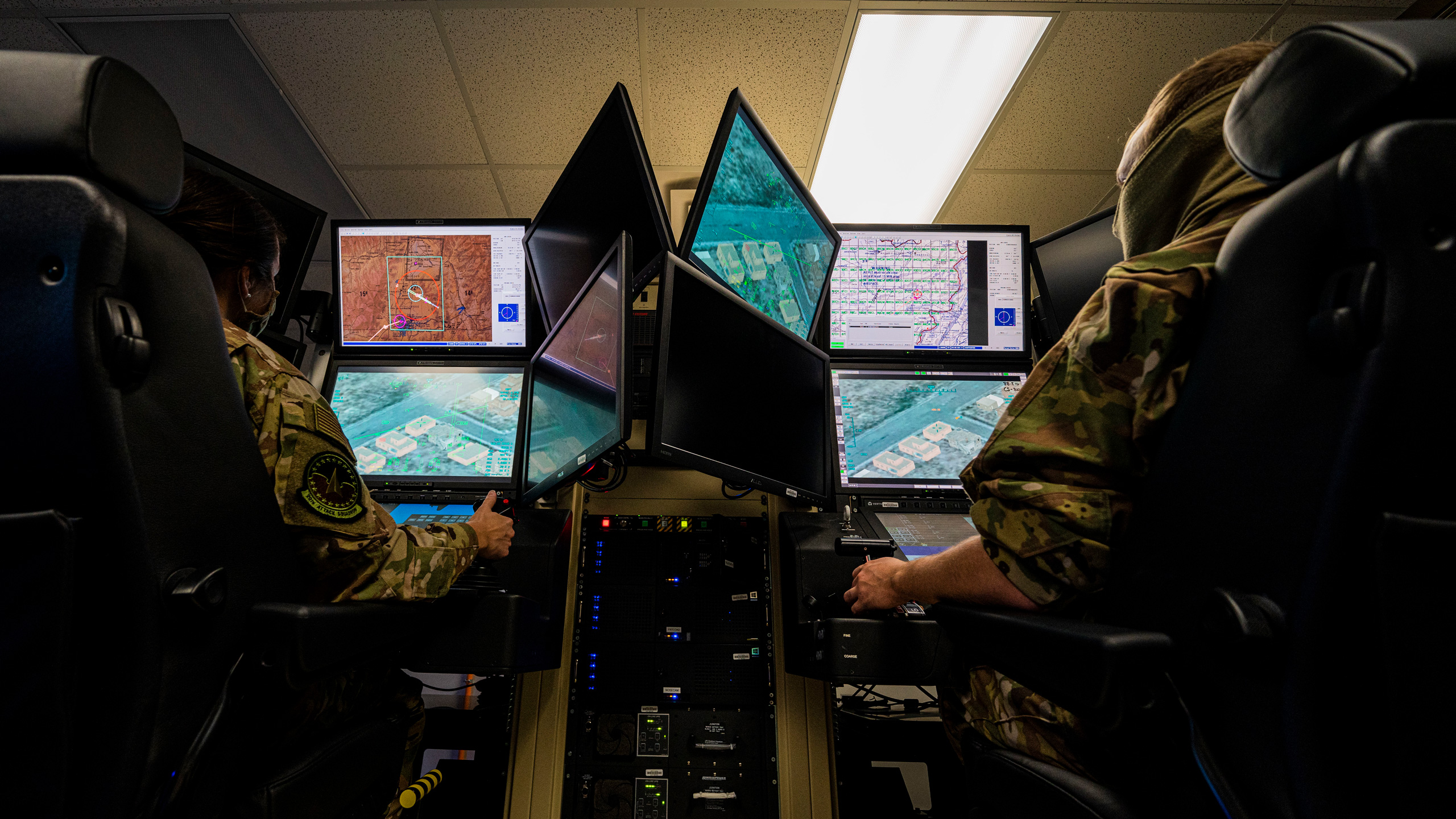 One of the many development efforts at the U.S. Army Joint Technology Center and Systems Integration Lab (JSIL) that involve the use of MVRsimulation's Virtual Reality Scene Generator (VRSG) is the MALET-JSIL Aircrew Trainer, or MJAT.

Designed to provide crew training for U.S. Air Force MQ-9 operators, the MJAT is a roll-up system that appends to a tactical MQ-9 GCS in order to convert it to a training simulator. It provides RPA operators the ability to conduct simulation training as part of qualification and follow-on continuation training to maintain proficiency and currency in all required tasks.  The complete MJAT family of systems includes the MJAT as well as the MJAT Stand Alone Trainer (MSAT), which uses GCS-like hardware to provide a training-only solution; and the Desk Top Trainer, which is used for classroom familiarization training.

The deployment of MJAT began in 2016, with 56 systems (with VRSG) installed at U.S. Air Force sites across the country. JSIL purchased 88 additional VRSG licenses in 2019, 171 in 2020, and in Q4 2022 a further 91 licenses were purchased to support the continued roll-out of MJAT as an upgrade to the USAF PMATS program. The existing PMATS devices are being progressively shipped to the Joint Technology Center/System Integration Laboratory (JSIL) facility in Huntsville, Alabama, where the original PMATS configuration is being upgraded with the newly updated simulation software suite.