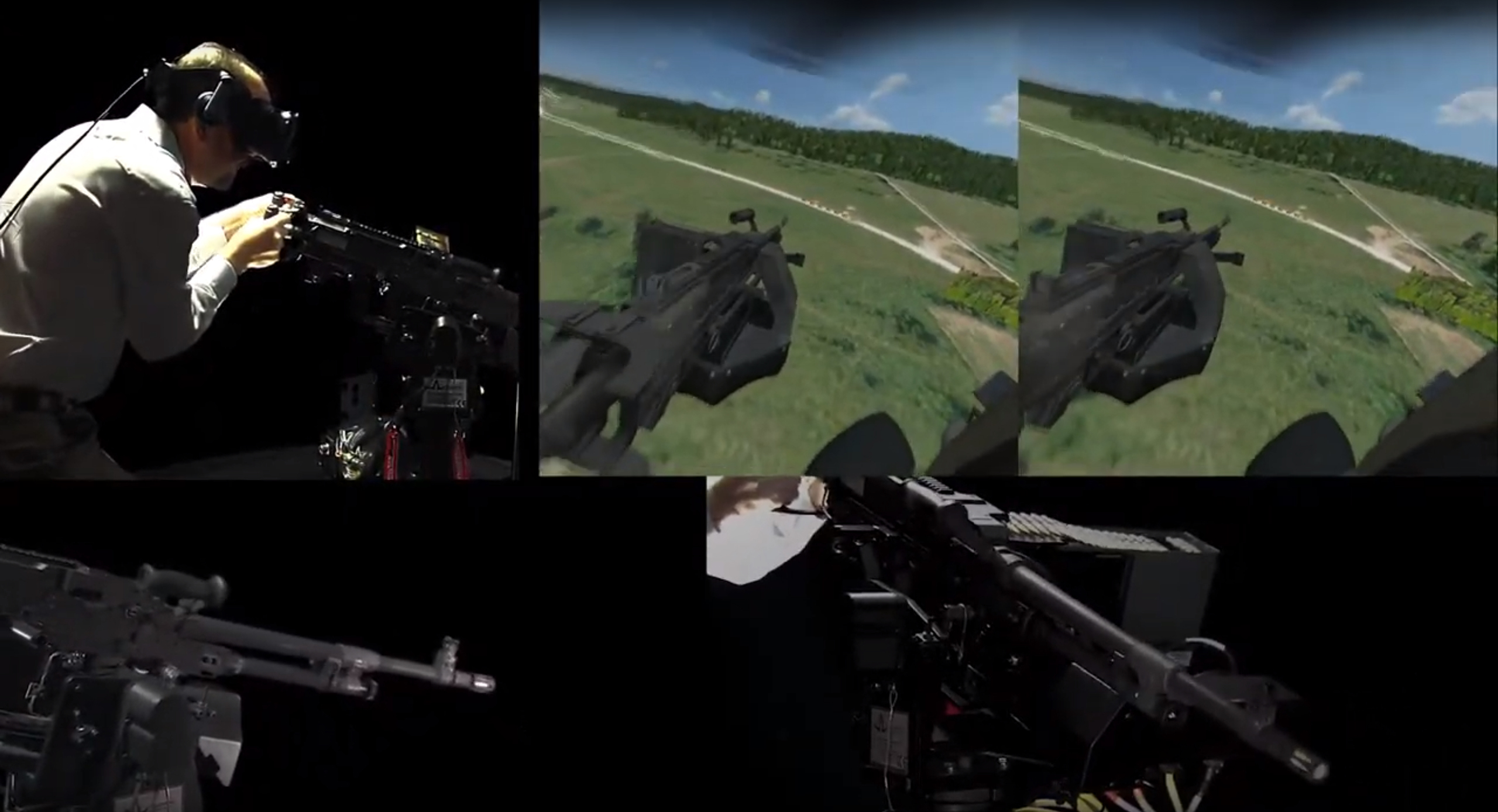 Still image from ZedaSoft's video of the door gunner trainer component of the STE system; VRSG supplies the scene in the HMD and in the view of the HMD display in the upper-right portion of the photo. (Photo courtesy of ZedaSoft.)

As shown in the video, VRSG renders the simulated out-the-window scene outside the helicopter in both the HMD and in the view of the display in the upper right portion of the photo.