MVRsimulation VRSG can render a scene in stereoscopic vision to enhance the illusion of depth in the scene for a more immersive 3D experience. You can configure VRSG to output stereoscopic scenes by using a compatible NVIDIA video card, a compatible 120Hz PC LCD display monitor, and the NVIDIA 3D Vision package, which includes NVIDIA active shutter glasses and an infrared emitter that acts as a go-between for your computer and the monitor.

In the stereoscopic setup, VRSG displays two views of the scene, one for your left eye and one for your right eye.  The two scenes represent two perspectives of the same scene, with a minor deviation exactly equal to the perspectives that both eyes naturally receive in binocular vision. The monitor and 3D glasses work with a NVIDIA Quadro or GeForce GPU such that each eye receives its own image; as result the brain perceives 3D. Behind the scenes, the NVIDIA stereoscopic 3D driver generates two VRSG scenes for every one that VRSG renders, deviating the eyepoint between them.

The following video card and display monitors are recommended for stereoscopic display with VRSG version 6 on a Windows 10 64-bit system:

To set up the stereoscopic components: 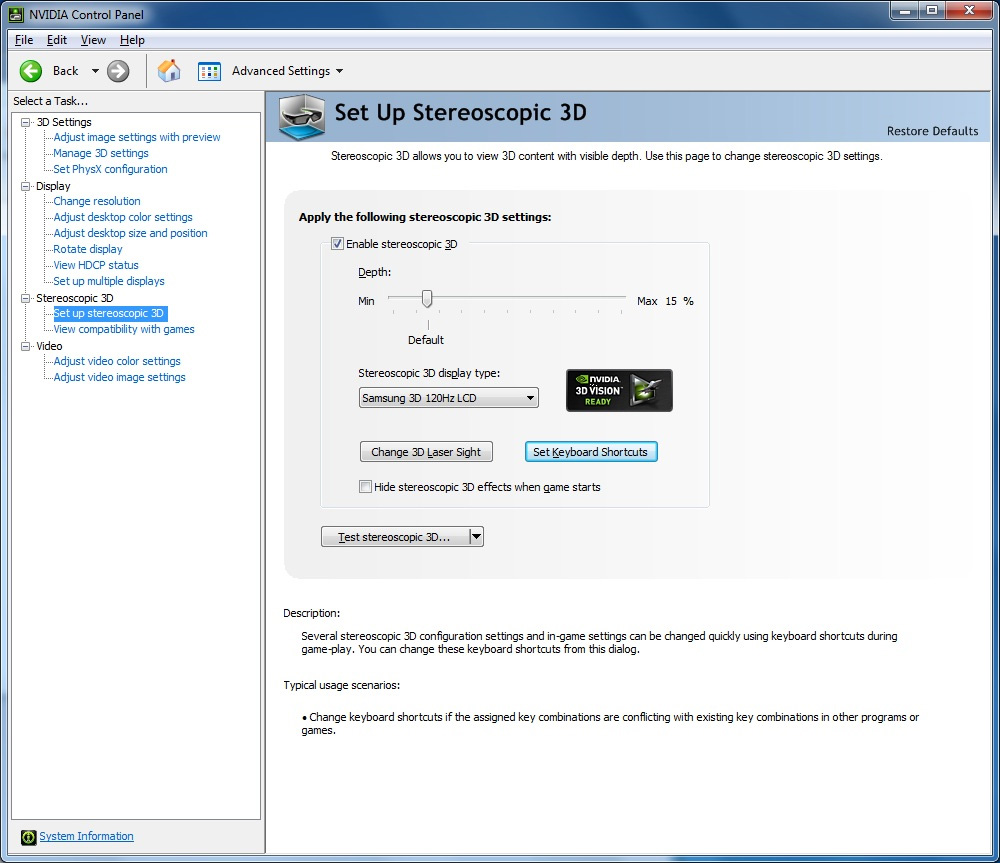 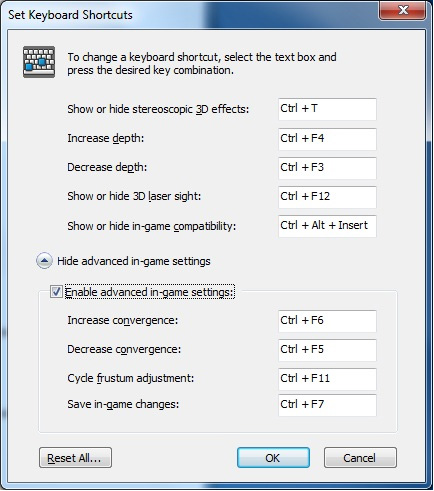 In the VRSG Dashboard, select the Vertical Retrace Synchronization option in the More Graphics Parameters dialog box before launching the VRSG visualization window.